Dinner With A View

However, for those who know where to look, there are other places to enjoy a million-dollar view even if you don’t have deep pockets. The Rasa Istimewa Woodlands Waterfront Restaurant, with its white brick walls and simple layout, is a no-frills establishment located at the end of the jetty in Woodlands Waterfront Park. A panel of windows line both sides of the restaurant, treating diners to a panoramic view of the sunset. At night, the scene changes as city lights from Johor Bahru dot the horizon. 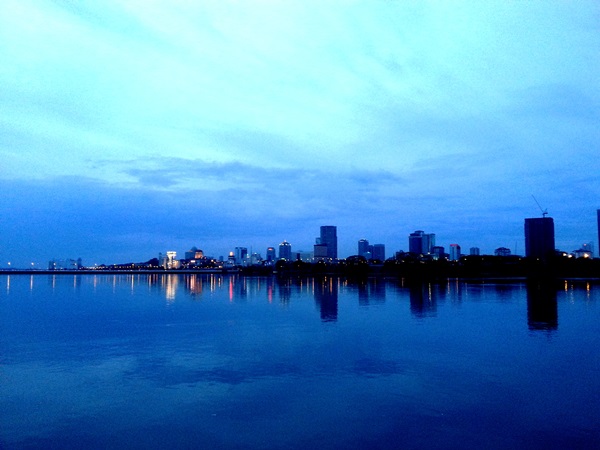 City lights from Johor Bahru reflect on the tranquil Straits of Johor.

The halal-certified restaurant serves up a variety of food, from Ikan bakar (barbecued seafood) and western options to ‘zi char’ style dishes. You could order the dishes ala carte, or pick a set meal like what my family did. For $88, we had a line-up of five dishes, enough for four people. First up was the Seafood Soup comprising sliced fish, prawns and vegetables in a steaming broth. Infused with ginger, the soup was good remedy for a chilly evening. 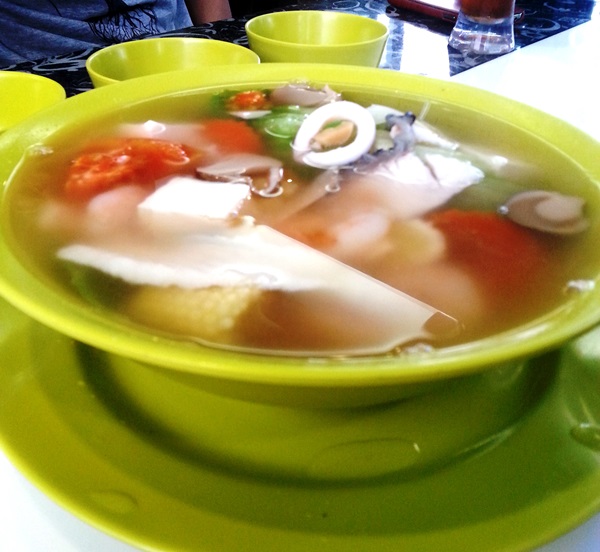 At first glance, the Prawn Paste Chicken Wings looked a little overdone. However, beneath the batter, the meat was surprisingly moist and the dish quickly became a favourite at the table. 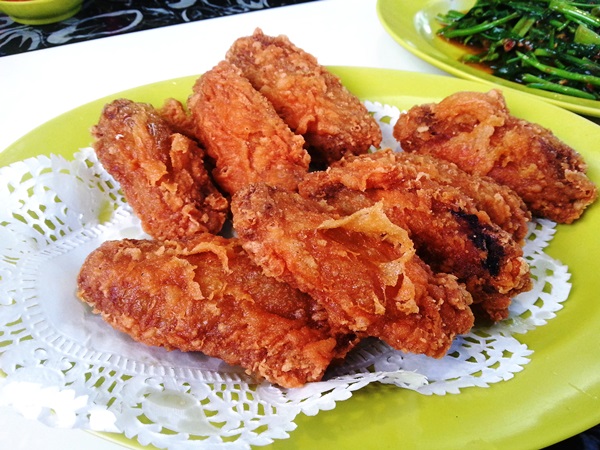 The Prawn Paste Chicken Wings were well-marinated, with a satisfying crunch in every bite.

Next up was the Salted Egg Prawns, one of the most popular dishes in the restaurant. The prawns are deep fried and coated in a layer of golden sauce, made from salted egg yolks. The prawns were flavourful, but my table wished there was more gravy to mop up.

A word of caution – though the dish is not marked as spicy on the menu, our plate was garnished with thin slices of chilli padi which could prove quite unpleasant for children if they accidentally crunch on a seed. Our set meal also came with Sambal Kangkong and Steamed Grouper, which were equally tasty. 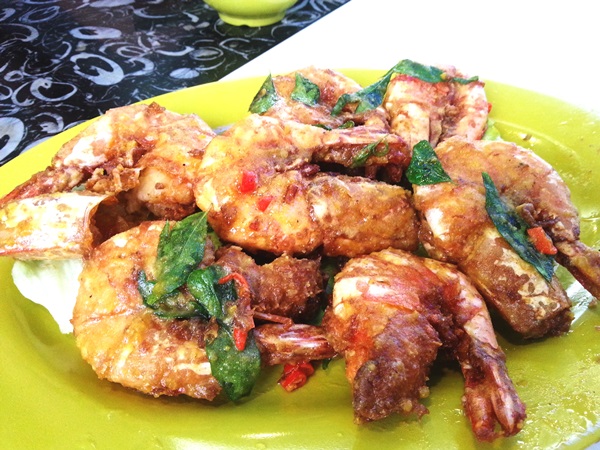 Salted Egg Prawns – Watch out for the little bits of chilli padi!

We ordered an extra dish – Barbecued Stingray, which was highly recommended by our waiter. The meat was tender and slathered with a generous amount of sambal, which was a good blend of sweet and spicy. Every last bit of this was scraped off the plate! 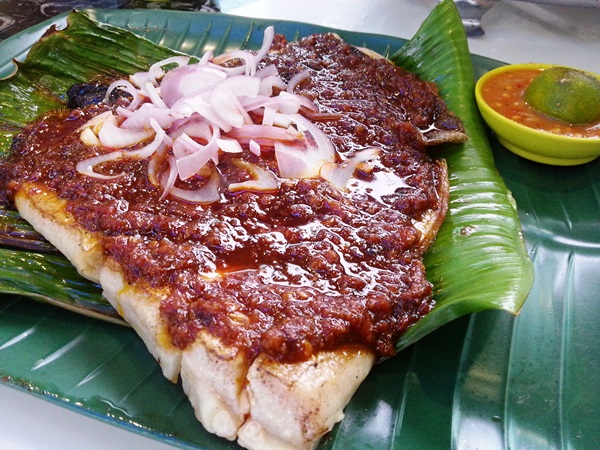 Barbecued Stingray– a popular item on the menu.

Overall, Rasa Istimewa Woodlands Waterfront Restaurant is great for those looking to get away from the bustle of the city. It is not as fancy as many waterfront options, but there is a certain charm in its simplicity.

The atmosphere is laid back, no one is in a rush to finish their food, and everyone hangs around the jetty afterwards for the night view and a bit of sea breeze. With the city lights twinkling in the distance and waves gently lapping against the shore, it almost feels like you have been transported to another country – even if it is just for an evening 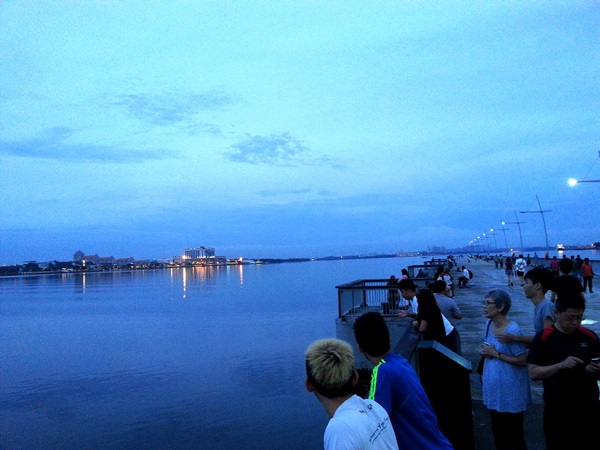 Park goers enjoying the view of the coast from the jetty.

Photos and text by Chrystal Chua

Rasa Istimewa Woodlands Waterfront Restaurant is located at 6A Admiralty Road West, at the jetty in Woodlands Waterfront Park.
The opening hours are 2pm to midnight (Sundays to Thursdays), 3pm to 1am (Fridays and Saturdays).
For more information, visit their Facebook page.