The genus Dracaena comprises a number of species and cultivars that are admired for their ornamental foliage and elegant growth forms. A highly versatile and adaptable group of plants, Dracaena are grown as indoor houseplants and are also used for landscaping purposes. The majority of species are native to Africa, with a few from southern Asia, northern Australia and tropical Central America. Several species and their cultivars are grown in Singapore as well, and many of these are regarded as auspicious plants.

Common Species and Their Cultivars

In Singapore, the most notable Dracaena species is Dracaena braunii. Locally known as the Kuan Yin Bamboo, stalks of this plant were once used to adorn altars worshipping the Goddess of Mercy. In recent years, innovative nurseries have introduced stems of this plant which have been deliberately fashioned to have a coiled appearance.  Such stems were given the name Luck Changing Bamboo or Lucky Bamboo for short. These are a hit during Chinese New Year as a festive plant and are snapped up by people who want better luck in the coming year. The stems of this plant are sometimes braided into the shape of a pineapple, which is an auspicious fruit to the Chinese, or placed in tiers to symbolise progress. Despite its common names, the Lucky Bamboo and its relatives are not in the Bamboo family. Several cultivars of Dracaena braunii are also commonly grown here. One example is ‘Lotus‘, which has short and broad leaves that are arranged in a tight rosette. When viewed from the top, the rosette of leaves makes the plant look like an opened lotus flower. Do also look out for the variegated cultivar ‘Ceres’, which has narrow grey-green leaves edged with white. 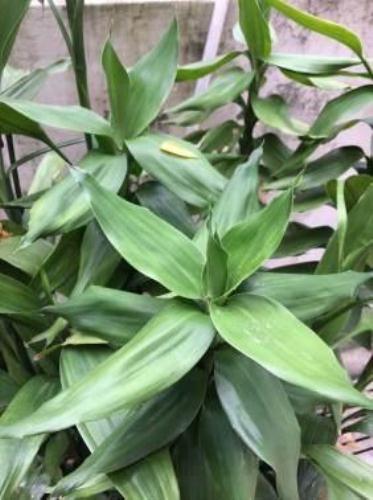 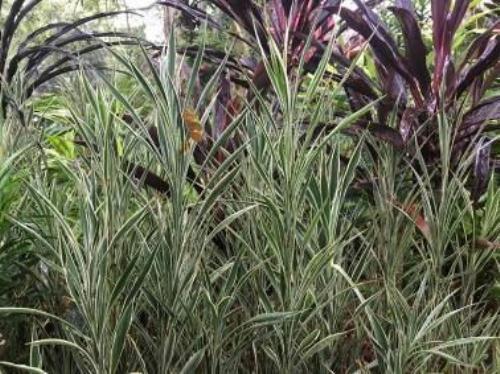 Dracaena fragrans is another popular species. Locally, it has the Mandarin name of Tie Shu, which literally translates to Metal Tree, referring to the resilient and fuss-free nature of the plant. It is also commonly known as the Corn Plant due to the appearance of the plant’s leaves, which resemble the foliage of sweet corn. As with Dracaena braunii, this species seldom flowers in Singapore. When they do, it is often taken as a sign of good luck.

‘Massangeana’ is the most commonly grown cultivar of Dracaena fragrans in Singapore. It has glossy green, arching leaves with a wide central stripe of yellow. Various variegated forms as well as mutants with interesting growth habits are occasionally available. In recent years, a cultivar known as ‘Lemon Lime’, which has golden yellow leaves, has been increasingly sought after as a festive plant for Chinese New Year as gold is a traditionally auspicious colour. 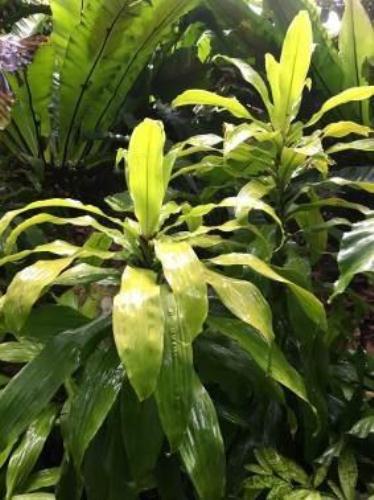 Another popular species is Dracaena surculosa, commonly known as the Japanese Bamboo. A few varieties and cultivars of this species are grown here, the most common being Dracaena surculosa var. maculata, which has leaves that feature light green spots against a base of darker green. A cultivar called ‘Godseffiana’, also known as ‘Friedmannii’, is another popular plant that has yellow spots scattered across its leaves.

Variegated cultivars of Dracaena surculosa are popular as cultivated plants due to their attractive leaves. ‘Florida Beauty’ is a cultivar with cream patches on the surface of its leaves. ‘Milky Way’ has attractive leaves with a broad, central white band and green leaf edges. Its leaves are spotted with many small white dots. Recently, a new cultivar called ‘Aurea’ has made its way to retail nurseries also. Its leaves are largely bright yellow, making it yet another potential festive plant for Chinese New Year. 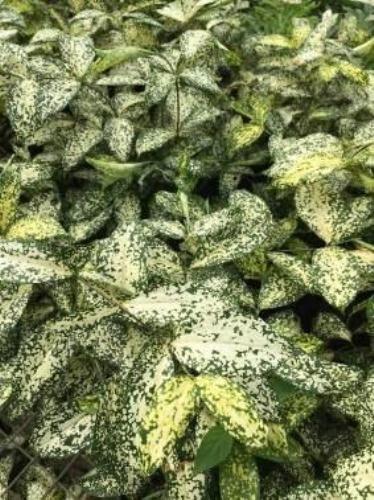 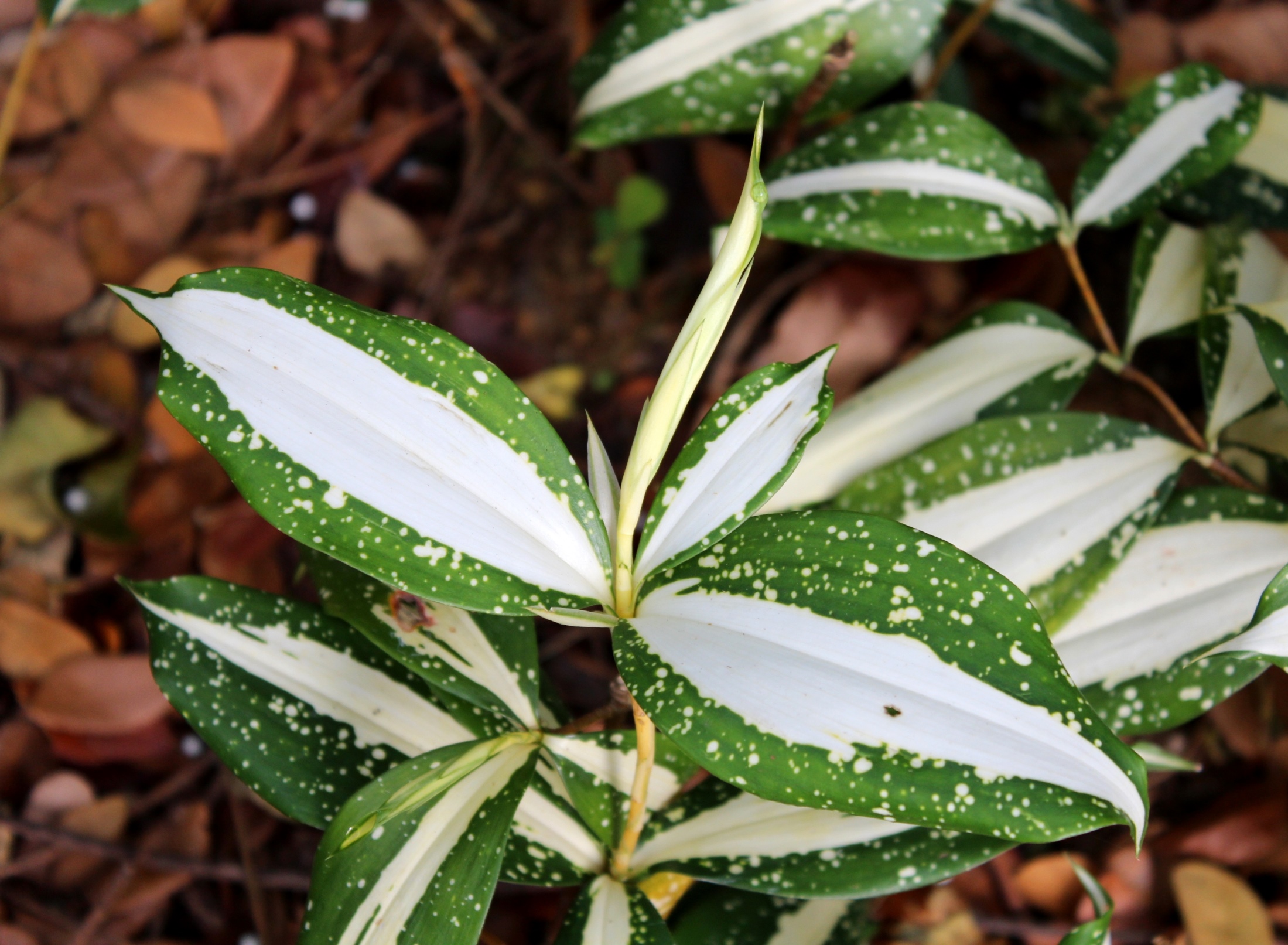 Tips for caring for your Dracaena:

You can purchase these Dracaena in a number of local retail nurseries. With proper care and treatment, they will serve as great houseplants not just for the Chinese New Year festive season but all year round.

Visit www.florafaunaweb.nparks.gov.sg for more information on Dracaena and other plants.