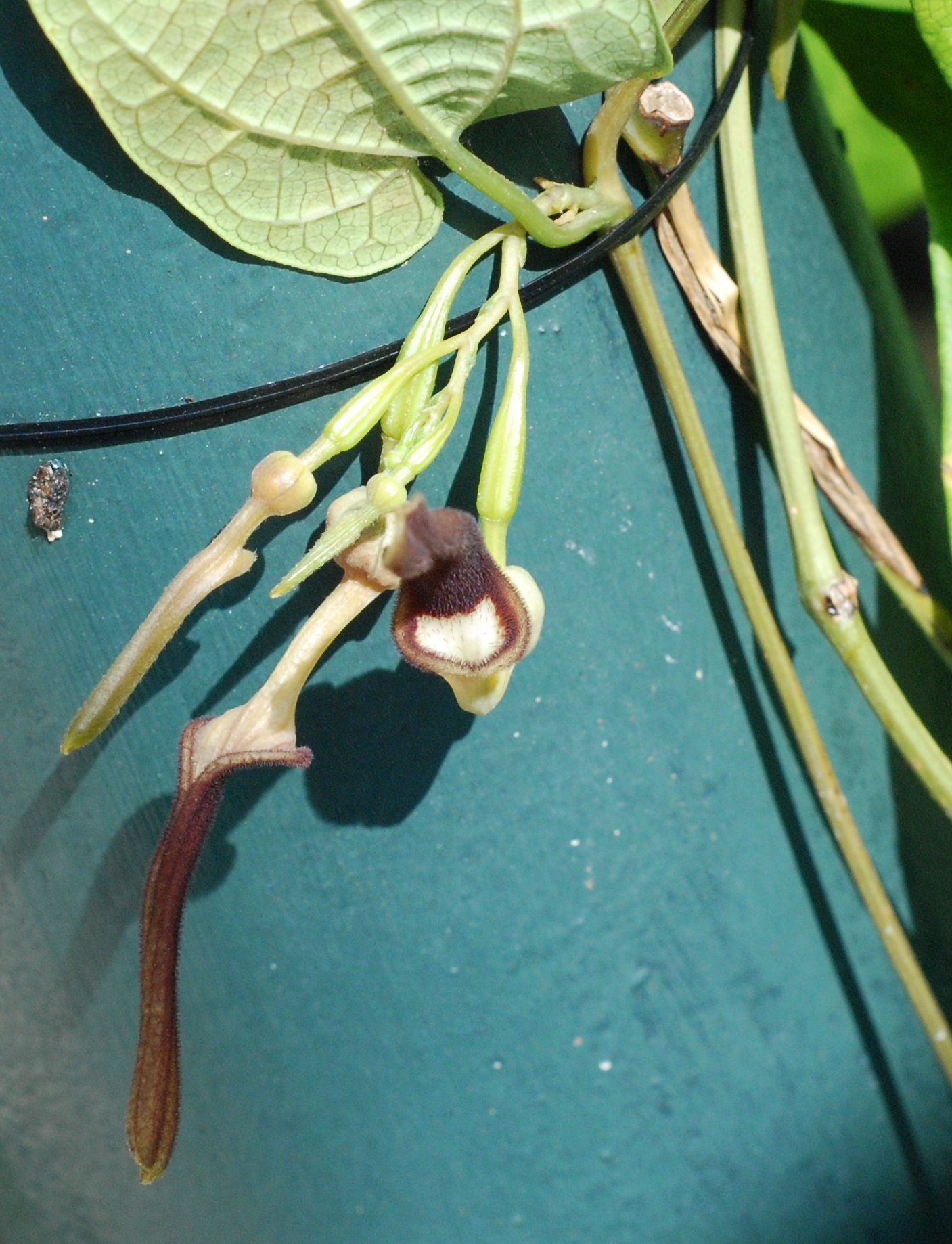 Also known as Indian Birthwort, the Dutchman’s Pipe (Aristolochia acuminata) traps pollinating insects like fruit flies in its flowers. This woody climber has small flowers with a unique tubular shape that resembles a pipe, hence its name. The fresh flower opens in an upright position, and the insect is trapped when it slides down the slippery and hairy tube of the flower. As it feeds on the nectar or attempts to escape, it is dusted in pollen, and its movements pollinate the flower. After fertilisation, the flower starts to wilt and tilt downwards, allowing the trapped insect to escape.


The Dutchman’s Pipe is also a host plant for Birdwing butterflies (Ornithoptera spp., Trogonoptera spp. and Troides spp.), which lay their eggs on its young leaves that serve as food for the caterpillars.