Arachnids refer to invertebrates that have four pairs of legs and two segmented body parts. They include scorpions and mites but the arachnids most of us are familiar with are spiders.

By and large, these eight-legged creatures have a bad reputation. They are often feared for their appearances and described as “creepy crawlies”. Fact is, spiders are mostly misunderstood. For one, spiders are beneficial to our environment – they help to control the population of certain household pests like mosquitoes and cockroaches.


There are actually over 800 species of spiders found in Singapore. Here is an introduction to just five of them. 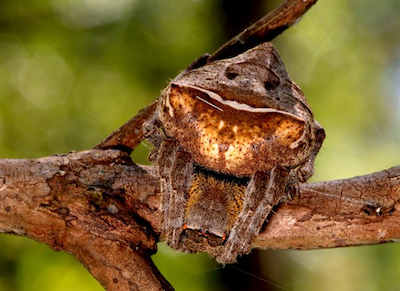 The Two-horned Village Spider (Parawixia dehanni) can be commonly found in gardens and wastelands. This nocturnal spider hides under leaves during the day and feeds on moths at night. When disturbed, it drops to the ground and “plays dead” with its legs retracted and held close towards its body. It typically grows up to 18 to 26 mm in size and can be found in Singapore, Indonesia, Burma, Papua New Guinea, India and Japan. 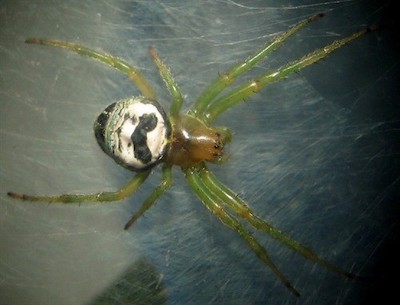 The Kidney Garden Spider (Araneus mitificus), easily recognisable by its bright green limbs, can be found in Southeast Asia, as well as other parts of Asia, such as Bangladesh and Japan. It typically builds an orb-web and hides in a curled leaf with a silken roof at the edge of the web, while waiting for prey. It grows up to 9 mm and can be found in gardens and wayside vegetation.

The Joseph’s Long-jawed Spider (Tetragnatha josephi) can grow up to 10 mm and has only been recorded in the mangrove swamps in this region. There is a need to conserve and maintain the remaining mangrove swamps in Singapore, such as those at Sungei Buloh Wetland Research, to support this species’ population. 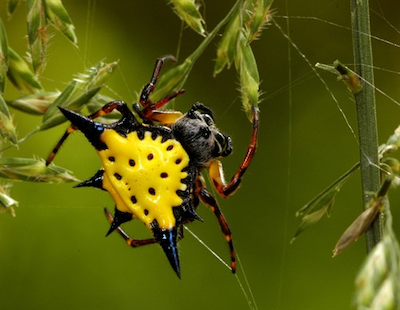 The Hasselt's Spiny Spider (Gasteracantha hasseltii) is a compact creature that typically resides in wastelands and secondary forests. The male spider’s external features are usually unremarkable but the female often has vibrant and striking patterns on its hardened abdomen. It usually spins orb-webs and can grow up to 8 mm in length. Besides Singapore, it can be found in Malaysia, Indonesia, Thailand, Myanmar, Cambodia and India. 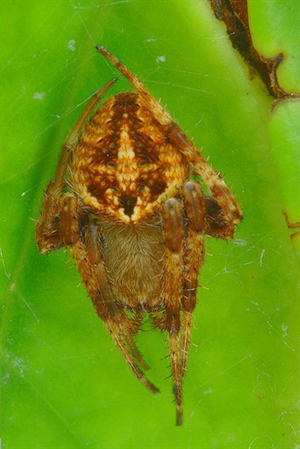 The hairy Brown-legged Spider (Neoscona rufofemorata) produces woolly eggs sacs. It has varying dorsal patterns although some may be uniformly brown. This species has two white dots on its abdomen as well. It is typically found in trees and scrubs in shady parts of gardens, wasteland and secondary forests. It is nocturnal and hides in leaves during the day. The Brown-legged Spider can grow up to 18 mm and can be found across Asia.

Spidey Senses
Why not see things from a spider’s perspective and get a second opinion on how to perceive them. Here are three interesting facts about spiders.

Jumping spiders belong to the Salticidae family and have been found to be able to jump around 10 times their body’s length.

Spiders in this family are also known to have superb vision. They are capable of seeing colours in a wider spectrum than ours and can even see in 3D depth perception, telescopic and UV vision. Like most spiders, the jumping spider has four pairs of eyes which help them see in 360-degree vision and can be characterised by two pairs of eyes in the front which forms an adorable “oOOo” pattern.

It is no secret that spiders can camouflage well but did you know some go the extra mile?
Take the Bird-dropping Spider (Cyrtarachne bufo) for example. As its name implies, its abdomen looks just like bird poop! Often hiding on branches and leaves, it confuses predators by retracting its legs under its body and playing dead, perfecting its mimicry. It can even go to the extremes of smelling like poop!

Even more extraordinary, some spiders are capable of crafting nets out of dense sticky silk before “casting it” to catch prey. Part of the Deinopidae family, the Ogre-faced Spider (Deinopis sp.) hangs upside-down on leaves or twigs, waiting for unsuspecting prey to walk below before stretching out its net and catching its meal.

Learning More
Not all spiders build webs. For some, webs are not needed to hunt or mate. Scary reputation aside, most spiders are harmless to humans. Unravel the secrets of these amazing arachnids in our video series, NParks Spotlight: Not Just Web Builders.

Visit NParksSG, our refreshed YouTube Channel that serves as a one-stop repository for close to 300 video resources. It also provides you a platform for existing and future digital outreach including DIY gardening and related crafts, virtual tours of our green spaces, and livestream events. Interested to discover other spider species? Visit NParks Flora & Fauna Web here.

Jade Er is a Third Year Mass Communications student from the School of Republic Polytechnic. As part of her school’s Industry Immersion Programme (Internship), she was attached to the NParks’ Communications and Community Engagement department for five months. During this time, she contributed ideas towards social media posts, produced videos and wrote articles for My Green Space.

Sarah Anne Tan is a Third Year Communications and Media Management student from the Temasek Polytechnic. As part of her school’s Student Internship Programme, she was attached to the NParks’ Communications and Community Engagement department for five months. During this time, she contributed ideas towards social media posts, produced videos and wrote articles for My Green Space.