Saving Marine Life One At A Time

On the 6th of February 2009, while doing a survey at the seaside of Kranji Nature Trail, Rozaimi, and I stumbled upon a discarded fishing net that had been washed ashore. Many marine organisms were caught in it, one of which was a horseshoe crab.

Upon further inspection, we realized it was still alive, and would surely perish if not freed from its entanglement in the net. Using a seashell, we managed to cut free the horseshoe crab and release it back into its habitat safely. 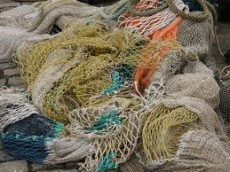 Although we made a difference to this one particular organism, most marine life caught in such abandoned nets inevitably die a slow and painful death. This happens as organisms trapped in the nets may suffocate or starve to death. Without our help, our just liberated horseshoe crab would have definitely died in the net.

Fishing nets abandoned at sea end up trapping and killing marine life. They may also cause damage to coral reefs and other underwater environments, or get caught in the propellers of boats and cause machinery damage.

Such nets are no doubt a menace to its habitat. Hence it is important to educate the public on marine education, and fishermen on the importance of being responsible and accountable for every fishing net they take out to sea.

Only through such awareness programs are we able to protect and conserve the environment that we live in.