Ask your friends about the origins of the Mid-Autumn Festival, and the responses may vary. Many will grasp at childhood memories of a legend where a young Chinese maiden escaped to the moon. Or was it about the Chinese inciting a rebellion against the Yuan Dynasty by placing messages inside mooncakes?

Still, what everyone does get right is the meaning of the festival today. There is lantern-carrying, mooncake-eating, and merry-making. For just one night, we take a break from our hectic lives, and take a moment to enjoy the beauty of the full moon.

During this and other popular festivals, look no further than your closest park for a celebration event. On 22 October this year, when the moon was in its fullest, I took a stroll to my own neighbourhood park to join in the festive atmosphere.

Bishan Park is popular among its adjoining neighbourhoods of Bishan, Ang Mo Kio and Thomson Road. On any ordinary evening, it is populated with joggers, soccer players, and dog walkers. And on the evening of 15th day of the eighth lunar month, the park’s verdant groves were transformed by a wonderous play of light and darkness.

Families and friends in small groups camped out in shaded pavilions and at stone tables. Some made themselves comfortable around the park’s ponds, and under large trees. Each gathering lit up with lanterns and candlelight, and there was an easy sense of spontaneity in the air. The surrounding greenery was illuminated by this warm, sanguine glow, lighting the way for elderly couples who ambled leisurely through the groups of revellers.

A playground at the centre of the park formed the natural centre for the festivities. Here, the serene family groups gave way to the lively antics of teenagers and young adults. Quite characteristically there were fewer actual lanterns, replaced by a profusion of sparklers, candles and light sticks.

While this area was nosier, brighter and more crowded than the pavilions and winding paths, it retained the same sense of relaxation and perhaps even mystique of the Mid-Autumn evening. The post-rainfall evening mist and sparkler smoke wreathed the playground in a soft grey shroud, in and out of which danced children with lanterns and sparklers.

“This festival is something that we only get to celebrate once a year,” said Mr Ang, a resident of Ang Mo Kio who was visiting the park with his wife and toddler son. “So it’s important to enjoy it with family.”

When asked if he thought his son would remember this experience, he gave a quiet smile. “Well, I don’t think I can remember what exactly I did when I was 3 years old either. But I do remember that my Pa and I played with lanterns together.”

Throughout the park, gleeful children relished the rare opportunity to play with fire. Some families even floated paper boats with candles in them – being careful to dispose of the boats responsibly afterwards. 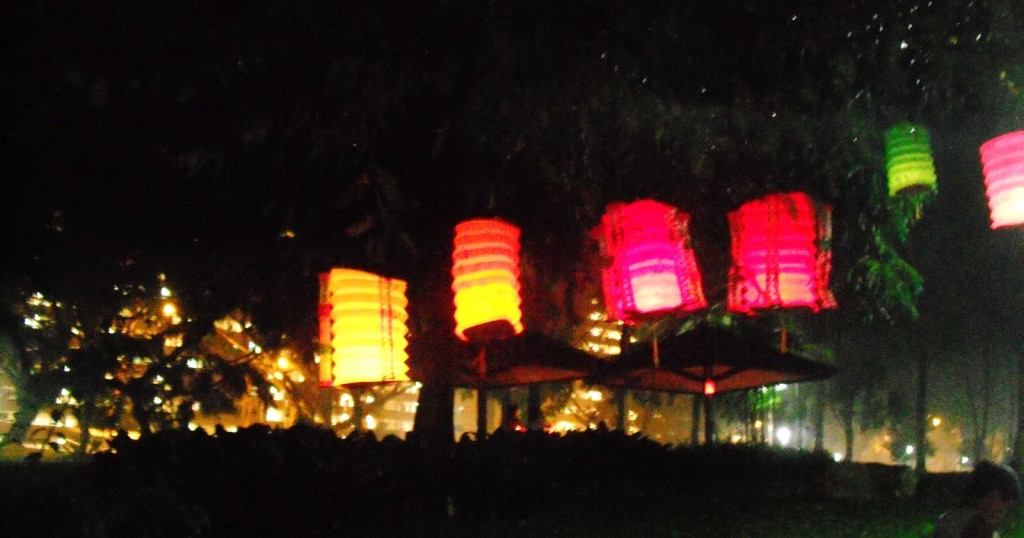 On the night of the Mid-Autumn Festival, the parkland was transformed into a Fairyland of colour and light 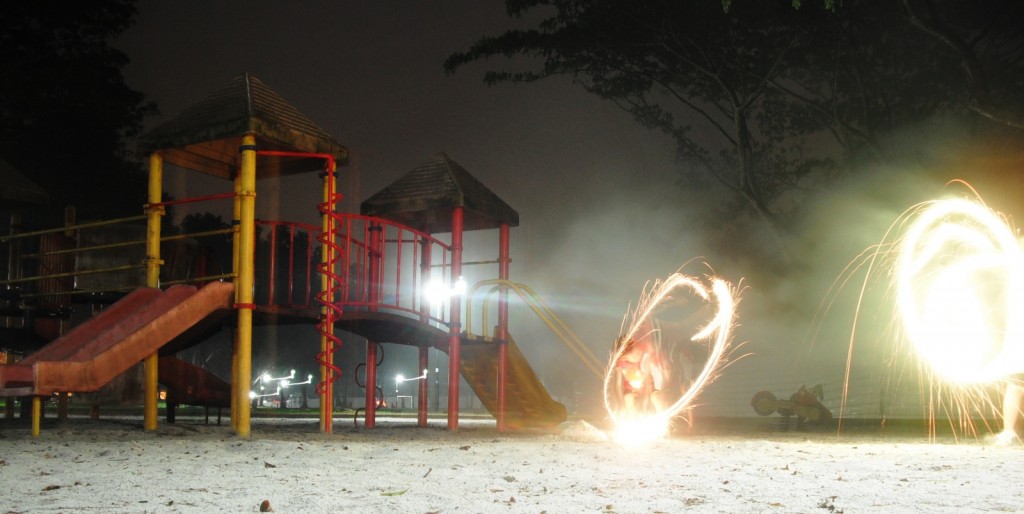 The night came alive, glowing and fizzling by the light of sparklers, lanterns, and other incandescent objects. 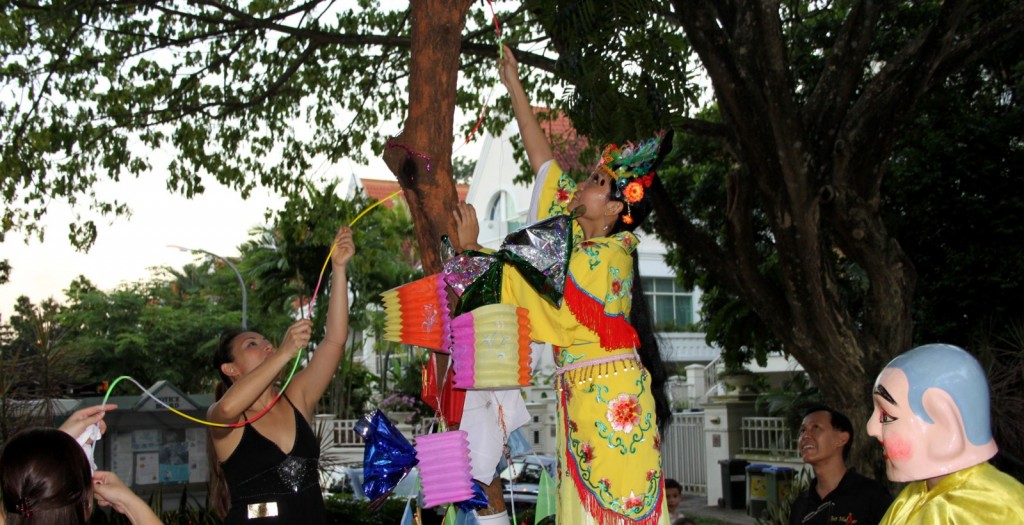 At many parks, costumed mascots added even more colour and excitement to the Mid-Autumn atmosphere. Chang-e, the goddess of the moon, graced the festivities at University Road Park.