A Picnic With The ‘Playground Fairy’

A cool, shaded playground sits along Watten Estate Road, just a hop and a skip away from a row of popular restaurants at Greenwood Avenue.

To the trendy crowds who dine nearby, the Watten Heights Playground is just another neighbourhood park. But for the children who live in the area, this little green corner is their jungle gym, their racetrack – even their battlefield.

And so, when the playground was closed for construction work in March 2010, five-year-old Vivian was understandably perturbed. Little did he know that, when the hoardings came down three months later, there would be a brand-new set of playground equipment awaiting him.

“It was like the playground fairy had arrived!” said Vivian’s mother, Ming Tan. Besides swings and a slide, there was a new set of play structures to climb. Even more exciting was the flying fox – it sends the children sailing gleefully through the air, with their feet never touching the ground.

In the midst of playtime with his friends and his little sister Nelle, Vivian stopped to ask a burning question. “Who do we thank for the park? Who built it?”

As one thing led to another, on 1 August, the families in the estate got together for a picnic in appreciation of the new playground. This informal gathering allowed the children to meet and thank Doris Chow, the NParks officer in charge of the parks in their area.

Ming, who organised the picnic, shared that she grew up in the area and had also played in Watten Heights Playground as a child. As such, she is keenly aware that there is much more to the park than the new playground. “The kids don’t just play on the equipment – they run around, they hide, they make up their own games.”

She was echoed by Jenny Collison, who taught her six-year-old Max to ride his bicycle on two wheels along the playground’s paths. The two mothers enthused about the playground’s popularity, not just in the surrounding estates but even to families who drive in from elsewhere.

As the picnic went on, other parents contributed anecdotes about playgrounds in other countries – or the lack thereof. Some had organised neighbourhood fundraisers while living overseas, just to purchase and install play equipment in their housing estates. One family had spent many afternoons driving around the French countryside, searching (in vain) for a children’s playground or even a set of swings.

“It’s just a real privilege to have a big, green, open space,” said Ming, summing up the general sentiment of the picnic-goers. Her son, for all his love of the new equipment, seemed to agree. When asked about his favourite spot in the playground, he planted his feet squarely in one of its empty spaces, and said, “Right here.” 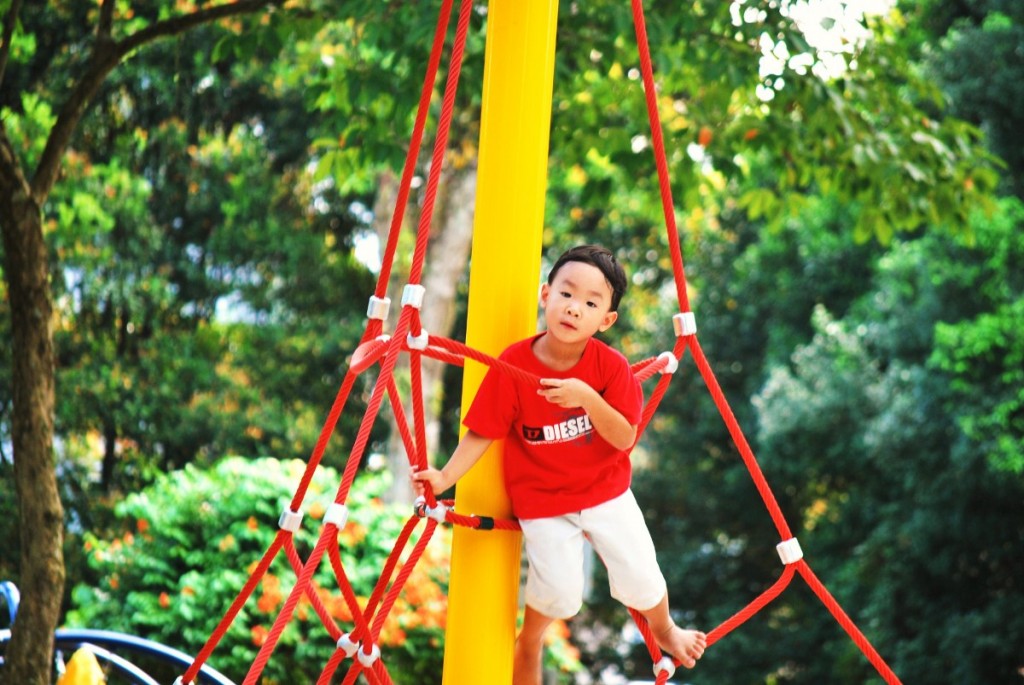 At the playground: when you’re too small to climb the trees, this rope structure is a great way of getting off the ground! 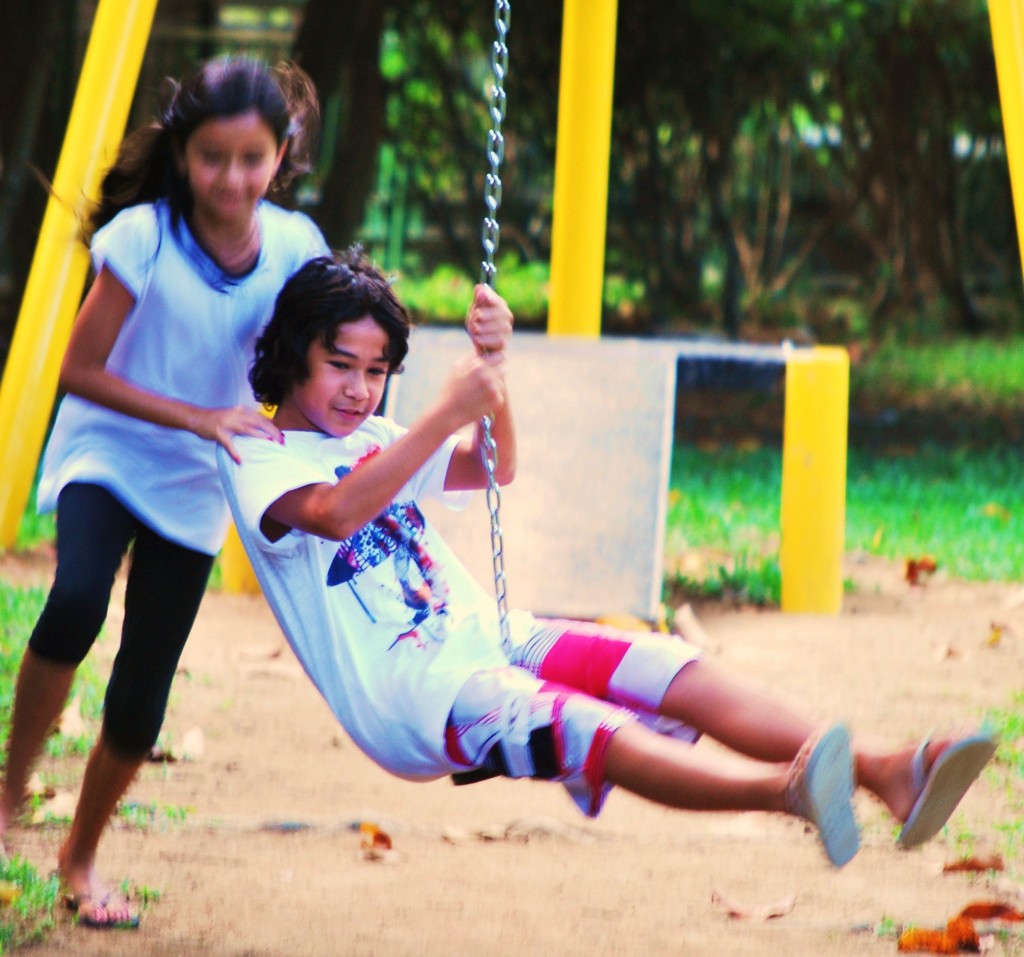 At the playground: while the younger kids frolic, the older ones enjoy whizzing through space on a flying fox. 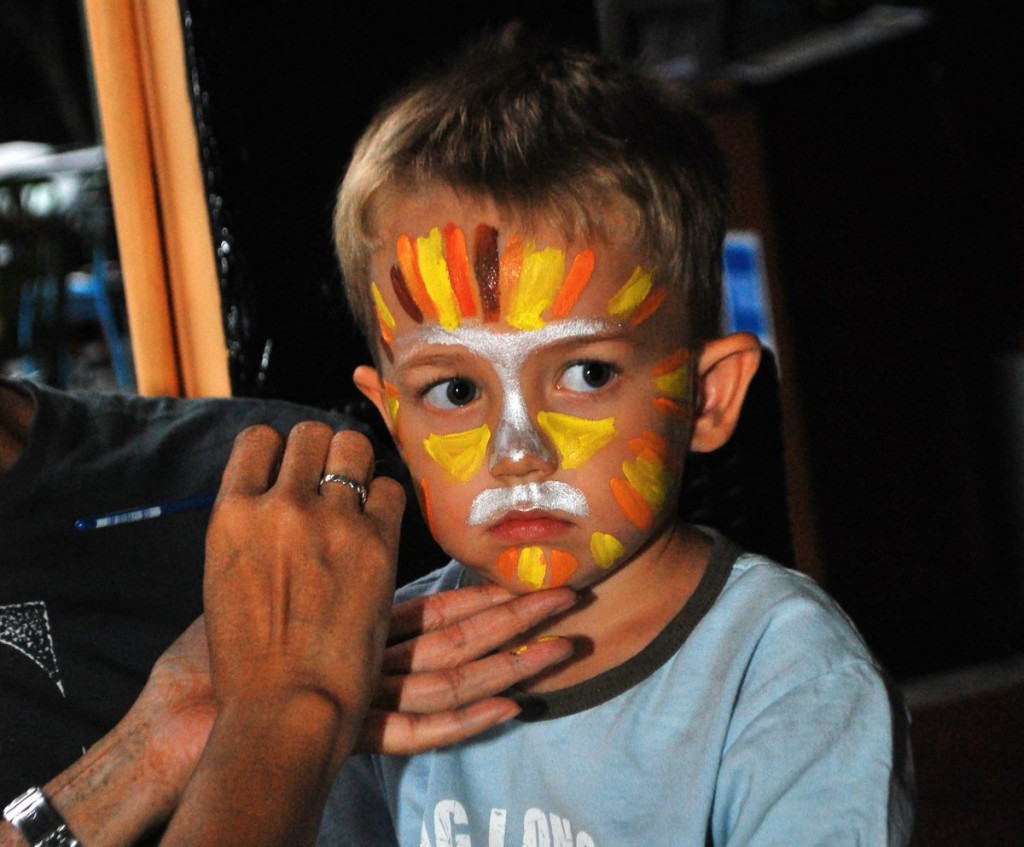 At the picnic: although the picnic moved indoors when it started to rain, the children’s enthusiasm wasn’t dampened. The organisers had engaged a face-painter for the event, who gave them tribal masks and tattoos. 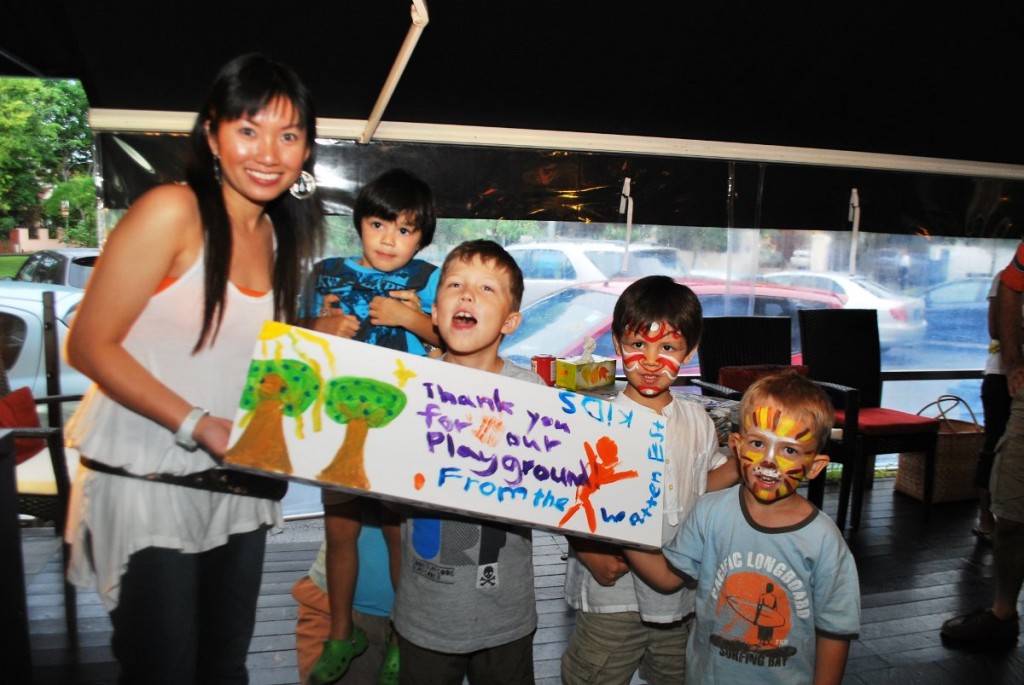 At the picnic: the children of Watten Estate painted a huge thank-you card to NParks, which they presented to park manager Doris Chow.