2010 was celebrated as the International Year for Biodiversity to highlight the importance of life on earth - animals, plants, their genes and the habitats they help form. Here, we look back on what was accomplished in this landmark year.

Biodiversity provides us with many benefits: oxygen, freshwater, food, medicines, shelter, buffer from storms and floods, and climate regulation. We often take these for granted and fail to consider their limits or the potential impacts on our own survival if they are depleted.

To celebrate the International Year for Biodiversity (IYB2010), NParks and its partners organised a year-long series of activities, aimed at increasing awareness of the rich biodiversity which can be found in Singapore. This was kicked off in January with a screening of “The Return of the King”, a documentary about the return of the Oriental Pied Hornbills to our urban landscape. The month of May saw the BiodiverCity Photo Exhibition along Orchard Road, featuring 150 photos of Singapore’s rich flora and fauna. (For full details of NParks’ activities for IYB2010, visit http://www.nparks.gov.sg/IYB2010)

In October, the 10th meeting of the parties to the Convention on Biological Diversity (CBD) was held in Nagoya, Japan. At this meeting, known as COP10, the global members of the CBD reflected on their failure to meet the 2010 target of reducing biodiversity loss. They discussed the development of a new ten-year Strategic Plan (2011 - 2020), which outlines targets to halt the loss of biodiversity.

At this meeting, the Nagoya Protocol on Access to Genetic Resources and the Fair and Equitable Sharing of Benefits Arising from their Utilisation was adopted after many years of negotiation. Also in Nagoya, the Plan of Action on Sub-national Governments, Cities and Other Local Authorities for Biodiversity was endorsed. In this Plan of Action, the Singapore Index on Cities’ Biodiversity was recognised as a monitoring tool for cities to evaluate their biodiversity conservation efforts.

IYB2010 was an excellent opportunity for the global community to recognise that that biodiversity is not a limitless resource, and to take stock of their conservation efforts. People at all levels of society – governments, private companies, academia, non-governmental organisations and the man in the street – were called upon to take urgent and effective actions to protect biodiversity.

The year may be over, but the work still goes on. If you would like to get involved in NParks’ biodiversity conservation activities, click here to volunteer. 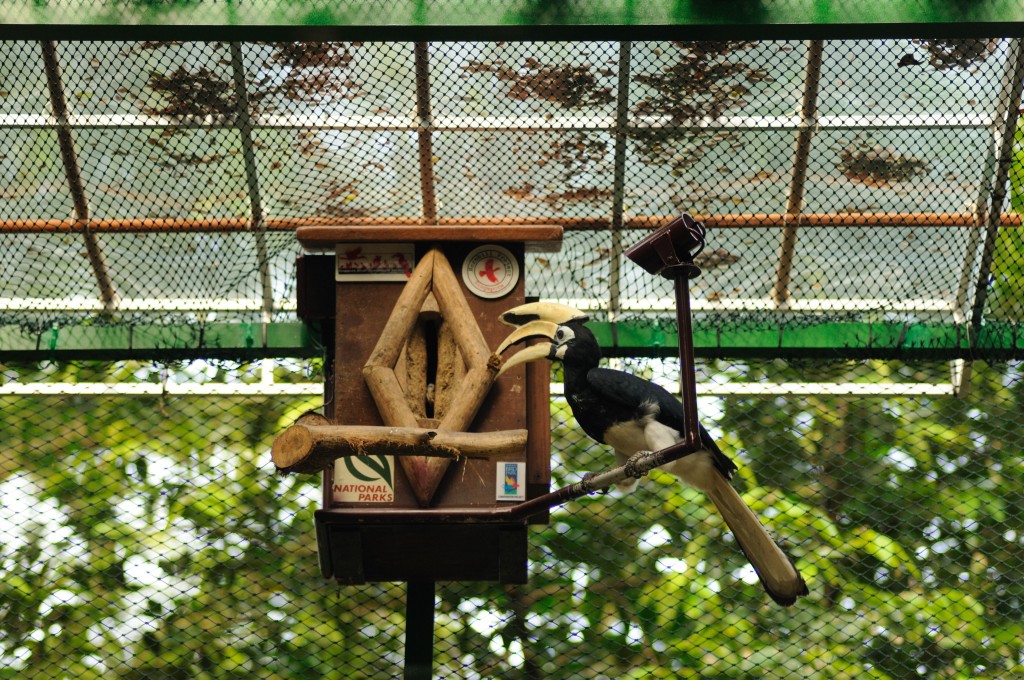 IYB2010 in Singapore: “The Return of the King”, a documentary about the Oriental Pied Hornbills’ return to Singapore, kicked off the year’s IYB celebrations.

IYB2010 in Singapore: This photo, titled “Otter Jump”, took the Grand Prize in the Open Category of the BiodiverCity photo competition. The competition submissions were exhibited along Orchard Road in May. IYB2010 around the world: The Nagoya Protocol was adopted at the end of COP10, to the applause of all delegates including Dr Ahmed Djoghlaf, the Executive Secretary of the Convention on Biological Diversity and Mr Ryu Matsumoto, the Minister for the Environment, Japan (and President of COP10).