Perks of a Park Ranger: Discovering Rare and Endangered Plants!

I have been working at the National Parks Board for 12 years and as part of my work as a park ranger, I visit all the parks across the island.

During my free time, I visit the nature reserves to enjoy the scenery and the great outdoors. The time spent in the parks and nature reserves has exposed me to the great variety of plants found locally. Often, I also visit the library at the Singapore Botanic Gardens to read up on the many uses of these plants. Mr Neo collecting specimens as part of his work as a park ranger.

I often compare Admiralty Park to a "Noah's Ark", as I think there many more plants hidden within the park waiting to be re-discovered. This is because Admiralty Park is made up of both an urban park and a 20-hectare nature area, with a river coursing through.

I have observed a particular tree since the park was developed in 2007. It has a curious "bend" on branches connecting the leaves to the main trunk. The leaves also look primitive - similar to the Dipterocarp leaves that I had seen at Yishun Park Dipterocarp Arboretum.

I decided to alert my manager, Raem, who has a great interest in Dipterocarp conservation. He looked at the leaves and also thought that it might be a "lost" Dipterocarp. If this was indeed true, we thought it would be a great find for Singapore! We contacted our colleagues from the National Biodiversity Centre, who then came down and collected the leaves for identification at the herbarium at Singapore Botanic Gardens.

Lo and behold! It turned out to be even better than a Dipterocarp. It was the Bengang (Neesia malayana), presumed nationally extinct, although the herbarium records later showed that samples had been found in Bukit Timah and the Central Catchment nature reserves.

However, this was the first time the plant had been found outside of the nature reserves. The Neesia malayana is a close relative of the durian tree and belongs to a genus of trees that are usually found in swamp forests. Admiralty Park has remnants of swamp forest vegetation, a vestige of the time when it was connected to the nature reserves. 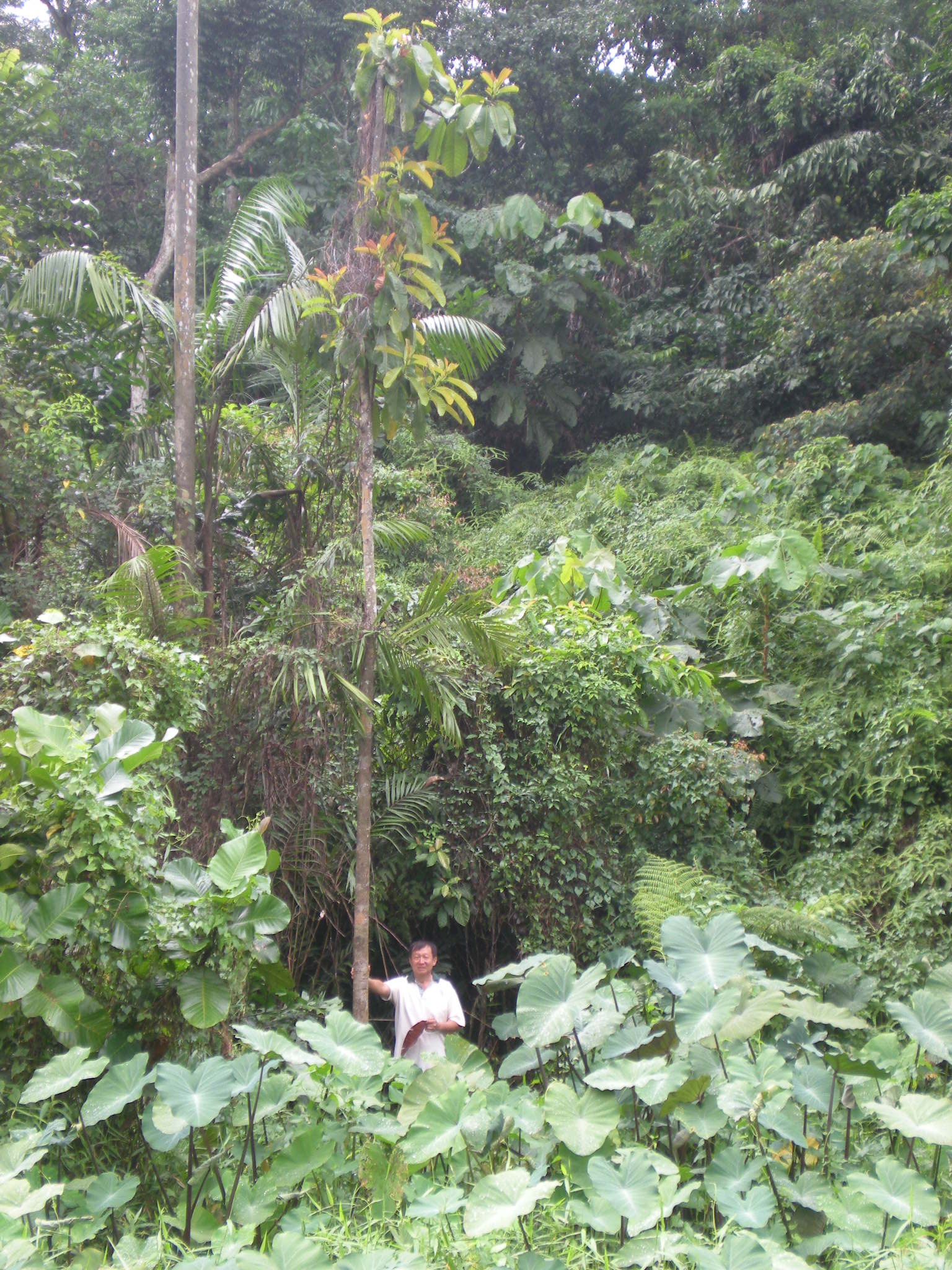 Eek Tong with the Neesia malayana tree he found at Admiralty Park.

Besides this, we also found a rare climber, Smilax megacarpa, near the area around the same time. This climber should be considered as critically endangered in Singapore, as there could be fewer than 50 mature individual plants found in the wild.

While herbarium records show it has been found on off-shore islands and nature reserves, this is the first time it has been found in a nature area located within an urban park. The climber is usually seen at the fringes of primary and secondary forests. 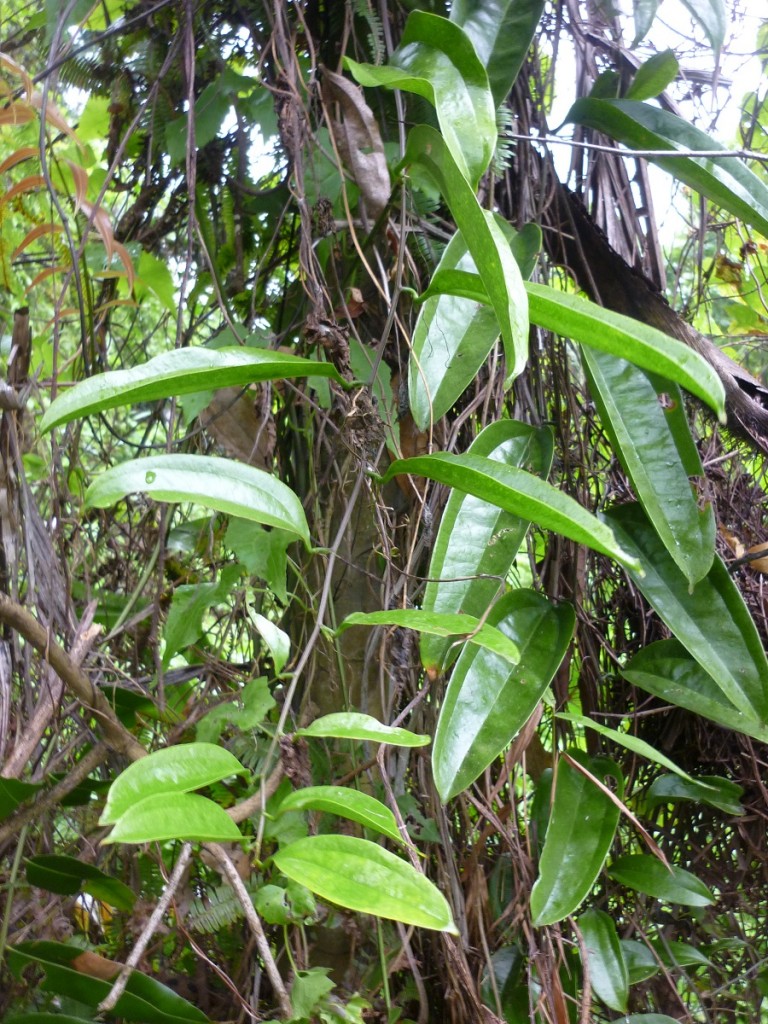 The Smilax megacarpa at Admiralty Park is the first time it had been spotted outside off-shore islands and nature reserves. It is heartening that my suspicions about how Admiralty Park harbours something rare has finally been realised. I now hope to discover more rare and endangered plants during my explorations at the park.

If you are interested in looking after the various parks and nature reserves, you may want to consider being a park ranger like Neo Eek Tong.

Do check out the Careers section on the NParks webpage for openings.
The Library of Botany and Horticulture of the Singapore Botanic Gardens is opened to the public.
Check out the wide range of reference materials, herbarium specimens and displays there.
You can even get your plant analysed at the Plant Information Counter.

The Public Reference Centre is opened from: Mondays to Fridays, 9am to 5pm; Saturdays and Sundays, 9am to 1pm; closed on Public Holidays.

Mr Neo studying a dried leaf of the Neesia malayana.