Swimming into the Record

Collecting various organisms found living on and within the mud, such as marine worms, snails, crabs and fishes to be examined later in the laboratory and identified, is part and parcel of the work done by participants of the Comprehensive Marine Biodiversity Survey (CMBS). Once in a while, a rare or unknown species is uncovered.

In mid-April 2011, as part of CMBS, a team comprising researchers and trained volunteers conducted a survey of the Lim Chu Kang mudflats. Using nets and sieves, the team collected a number of specimens for the laboratory, among them a nondescript goby. Gobies are small, well-camouflaged fishes found both in the freshwater and marine environments. They are known to be hardy, with some species capable of tolerating low salinity and oxygen levels.

Fishes such as the marbled goby and mudskippers belong to this group. Around 2,000 species of gobies are known worldwide and 149 species have been recorded in Singapore's waters.

Of the numbers from Singapore, however, 37 species have not been recorded in recent history, primarily due to development of the habitats of these fishes. With many marine organisms such as worms, crabs and fishes, some of the characteristics which allow scientists to tell one species from another are at times only visible with the aid of a microscope.

Some of the smaller gobies are difficult to tell apart. They are mostly brown and are not more than 5 cm in length. Gobies do not possess a lateral line, as do some fishes, to sense the environment. Instead they have raised papillae on their cheeks to help them.

Below is a figure of two different species of gobies, showing how the papillae represented by dotted lines, appears under a microscope.

By examining under a microscope the location and arrangement of the papillae, together with other characters such as fin rays and scales, one can confirm the species of a goby. When the goby sampled at Lim Chu Kang was examined, the characteristics did not match those of other species of gobies found in Singapore.

After preliminary investigations carried out by comparing the characteristics to those published in books and scientific papers, it appears that this might be a new species of fish. However, we can only confirm if this is indeed true once we compare it to other specimens which have been caught in Singapore and other countries of the region. We are currently waiting for these comparative specimens and looking forward to identifying our little goby from Lim Chu Kang!

By Zeehan Jaafar
Diagram on Goby Papillae by Dr Zeehan Jaafar
Photo of the newly-discovered goby by Dr Tan Heok Hui
Photos of gobies and mudskipper by Ria Tan and www.wildsingapore.com. 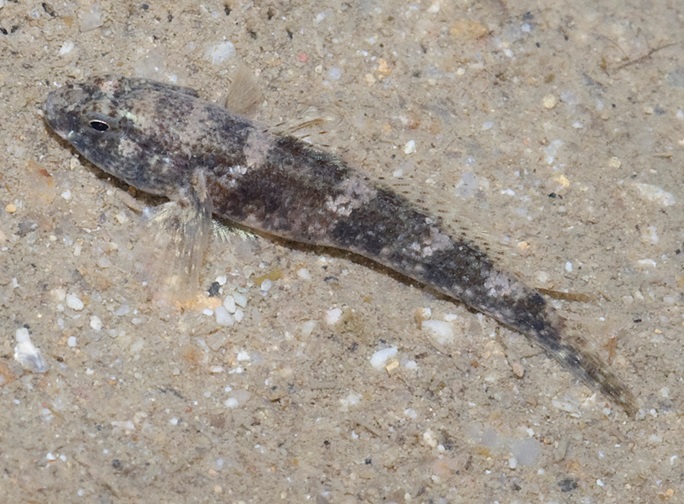 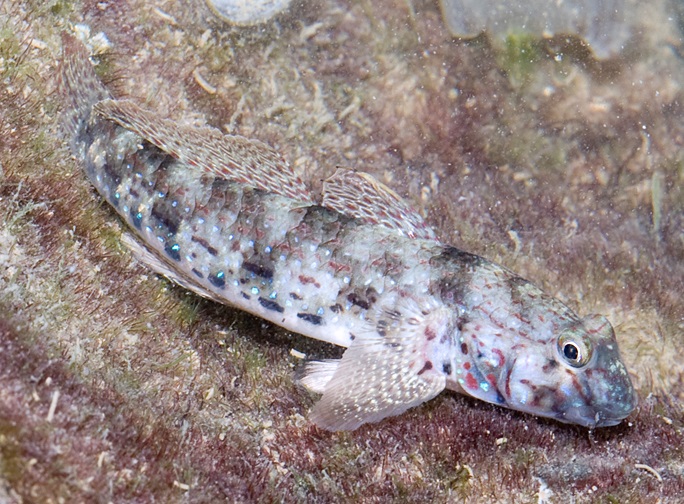 Silver-lined mudskipper sunning on a semi-submerged branch. Mudskippers are from the same family as gobies.