Celebrate the Tropics - Grow Your Own Tropical Cut-flower Garden

Popular tropical cut-flowers use a lot of inflorescences produced by plants belonging to the Zingiberales order.

The inflorescences produced by the Zingiberales are borne at the tip of a leafy pseudostem. Unlike most flowers, each inflorescence consists of a collection of long-lasting, colourful and showy bracts that are actually modified leaves. The true flowers of these plants are generally inconspicuous and do not have a long display life.

Besides being admired for their showy inflorescences, members of the Zingiberales are also valuable for dressing up a tropical landscape. The taller ones can be planted as a colony to serve as a focal point in the garden, while the shorter ones can be used to populate the foreground or as boundary markers. Most of them have large paddle-shaped leaves. Planting them between shrubs will help break the monotony of small leaves on the latter. Many Zingiberales also attract fauna like sunbirds and spiderhunters.

With the exception of the Marantaceae family, most Zingiberale species and cultivars thrive in a location where they receive about 4 to 6 hours of direct sunlight daily. Some can even be grown under full sun if there is ample moisture.

Contrary to popular belief, they are not full shade plants and will often languish when grown under poor light conditions. They need to be grown in a protected area and are generally not suitable for roof-top gardens. Their large paddle-shaped leaves will be shredded by the wind if grown in a windy location.

In general, most Zingiberales prefer moist but well draining soil. They are best planted in slightly acidic to neutral soil that is also rich in organic matter. These plants should neither be allowed to dry out nor sit in a waterlogged location for prolonged periods. Most of these plants are heavy feeders and are best fed with an organic fertiliser, and bases of plants should be mulched with well-rotted, good quality compost.

On the other hand, Marantaceae members prefer to grow in a semi-shaded and cool location. Plants in this family are also not demanding in terms of feeding. Plant spread for all Zingiberales is via extension of underground stems. As such, they can be propagated via division of clumps. Divisions should not be planted too deeply. Under optimal growing conditions with good drainage, plants are seldom bothered by diseases.

Pest attacks by moth caterpillars, bagworms and grasshoppers have been reported locally. The most environment-friendly way to manage this is to inspect plants regularly for damage and then remove pests and prune away affected plant parts early.

Harvesting the inflorescences for your cut-flower arrangement

To harvest the inflorescences, select those with fully-developed, well-coloured bracts. The bracts should be free from blemishes and still closed, with no true flowers emerging or visible. Cut the inflorescences cleanly from the base of the plant using a pair of sharp secateurs or pruning saw early in the morning when plants are still hydrated.

The leaves around the inflorescence can be trimmed to reveal the bracts. Trim the base of the pseudostem by at least 5 cm daily to facilitate water uptake. Water in the display vase should have a bactericide added to reduce microbial growth. An inflorescence at room temperature in an enclosed environment would last around 4 days.

Some Zingiberales members, in particular those of the Marantaceae family, have highly ornate leaves. These leaves can also be harvested and used to line the interior of clear glass vases. They are not only decorative, but also help to camouflage the stems of the flowers displayed in the vase. 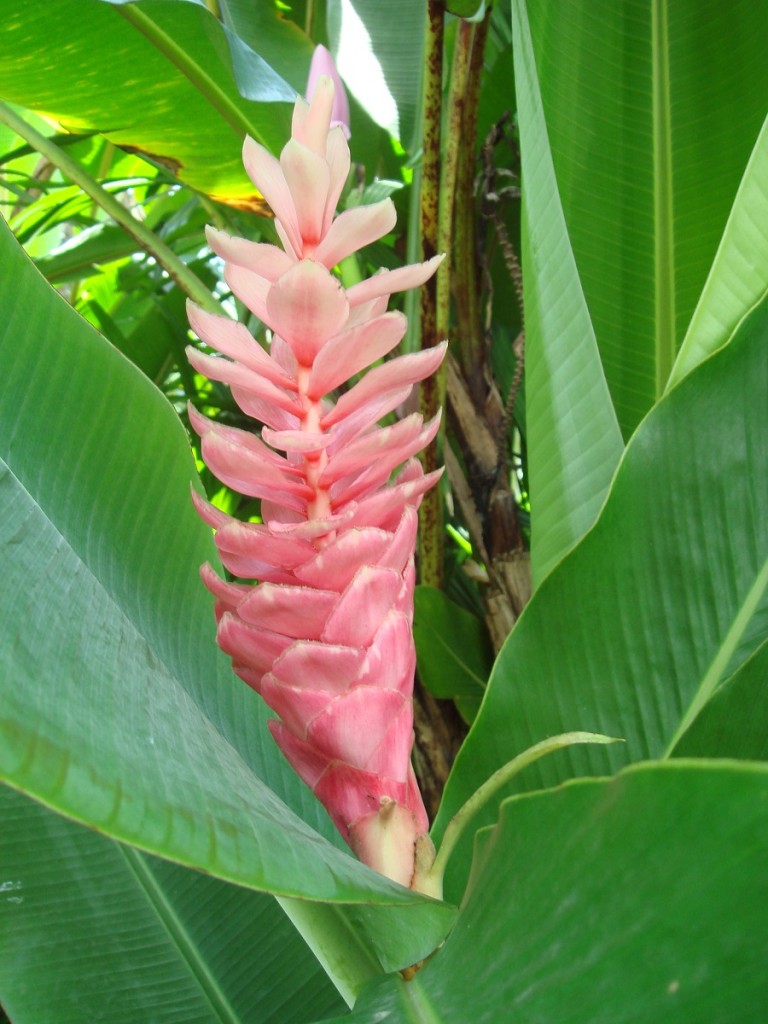 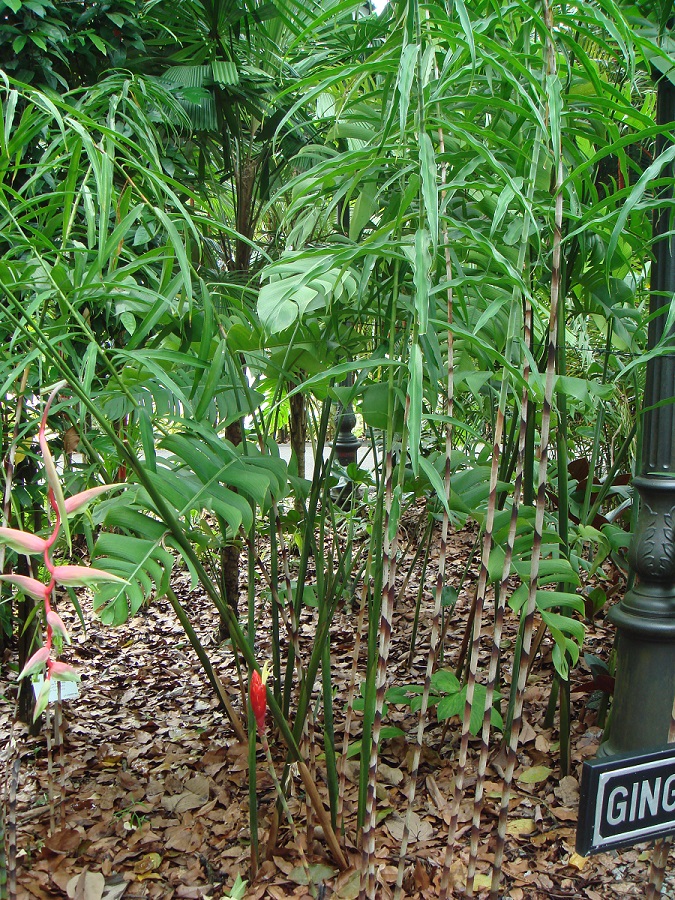 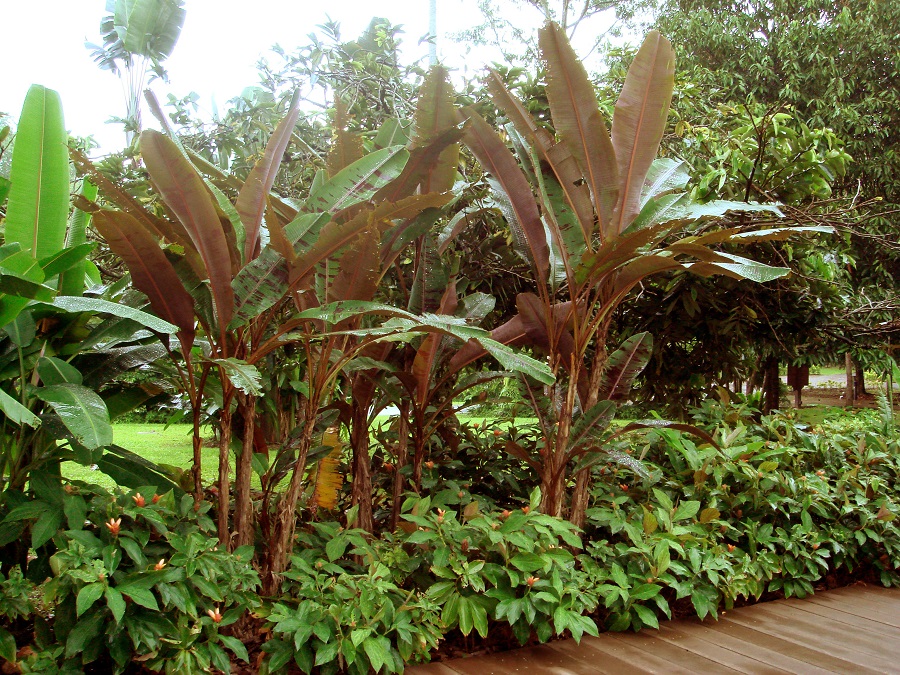 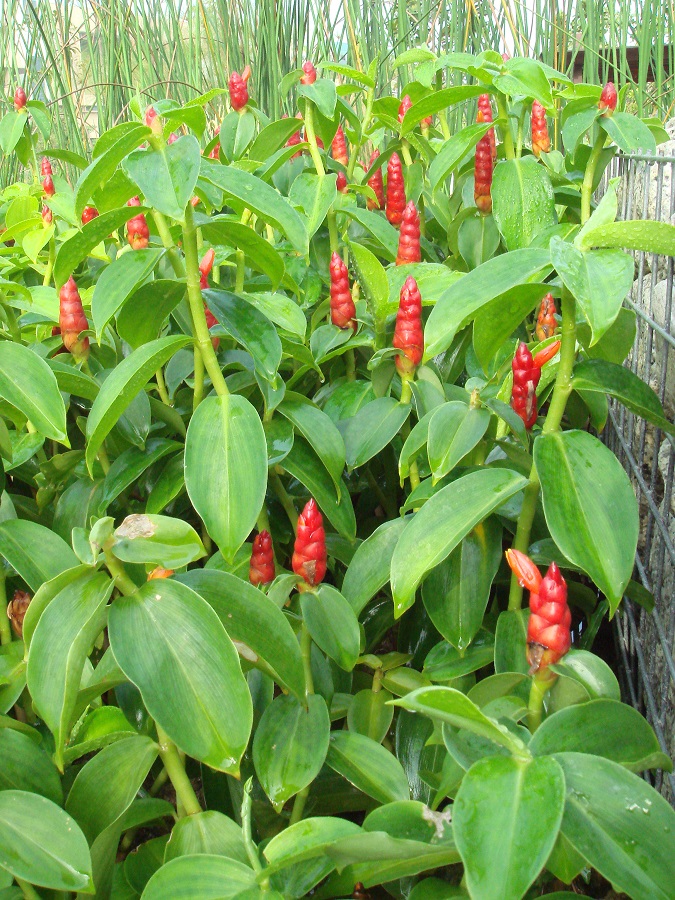 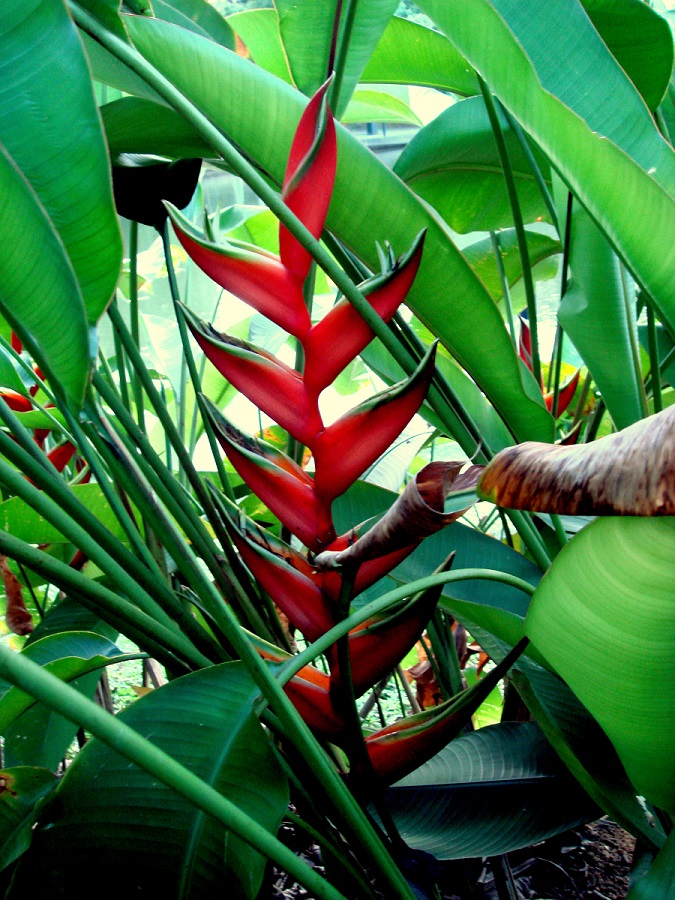 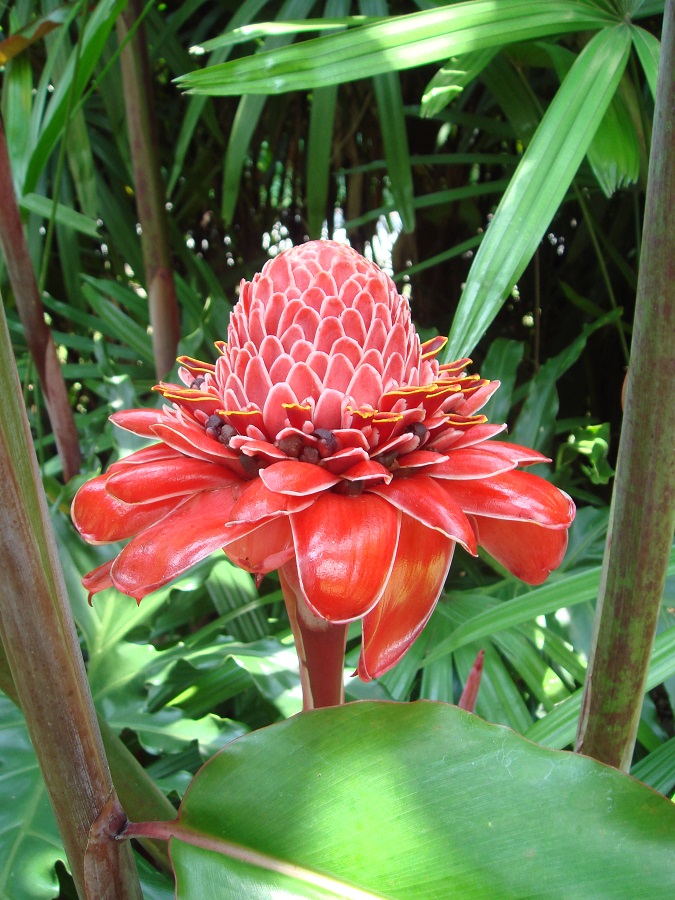 Hi I have been looking for Ginger torch rhizomes but have not had any luck. Could you let me know where I could find them. Thanks.

Hi Alice, You can try some of the larger nurseries eg World Farm at Bah Soon Pah Road.