Herbology in the Sun

Most of the plants in their collection have medicinal properties. Chavica auriculata Miq and Ficus deltoidea, commonly known as 'Sirih' and 'Mas Cotek' respectively, have been used as traditional remedies. In addition to being used as traditional remedy for body odour and rashes, Sirih leaves have been medically proven to reduce coughing and inflammation, and eliminate itch.

Women have traditionally used the leaves of Mas Cotek in post-natal treatments as well as for other female matters. Some women drink tea made from the leaves as a health tonic, while others believe the herb can prevent and cure ailments like fever, diabetes, heart problems and diarrhoea.

Traditional remedies and self experiment

The garden started out as a vegetable garden in 2006, but was transformed into an herb garden. The conversion was made at the request of the elderly residents in the Starlight RC community, as they wanted to switch to a different concept. With the herb garden, the residents hope the younger residents will be able to discover the amazing properties of these herbs.

The garden is currently looked after by more than 20 gardeners. Madam Habibah and Mr Zuhir, both in their mid-50s, are two of the pioneer gardeners. According to the two, the gardeners have learnt more about herbology through their own experimentation. Mdm Habibah has tried eating her own plants to learn more about their medicinal qualities.

Among her discoveries is that the herb 'sambung nyawa' makes her body feel lighter and  invigorated. During a recent tour of the herb garden, Mdm Habibah explained in detail the distinctive characteristics of the plants in the garden. Some of them are familiar and have been used for decades to treat common ailments such as sore throats and toothaches, while others are exotic varieties used for more complex problems such as sexual dysfunction and haemorrhoids.

One of the more well-known plants is the 'Mahkota Dewa', known as Macrocarpa phaleria, a species of Thymelaece. The skin and flesh of the fruit are used to cure dysentery, psoriasis and acne. Its leaves and seeds are used to heal various types of skin problems such as eczema, hepatotoxic and antibody. It is commonly used to treat many other health problems, including diabetes, heart disease and kidney failure, but not many people know what it looks like.

When both Mdm Habibah and Mr Zuhir are not outdoors, they are busy looking for more plants to add into their collection at the garden, even going to Batam to seek out other exotic Malay herbs. If you are curious to see this large and extensive collection of Malay herbs, the garden is open to the public and interested parties can make an appointment with either Mdm Habibah and Mr Zuhir for a herb garden tour.

During the two-hour tour, you will learn about the hidden properties of each plant, what remedies can be made out of their leaves, stems, roots, bark, fruit and seeds. Before making the trip down, you can first check out the Garden's Facebook for more information and see pictures of the garden. The Starlight Harmony Garden is filled with a wide range of traditional Malay herbs. 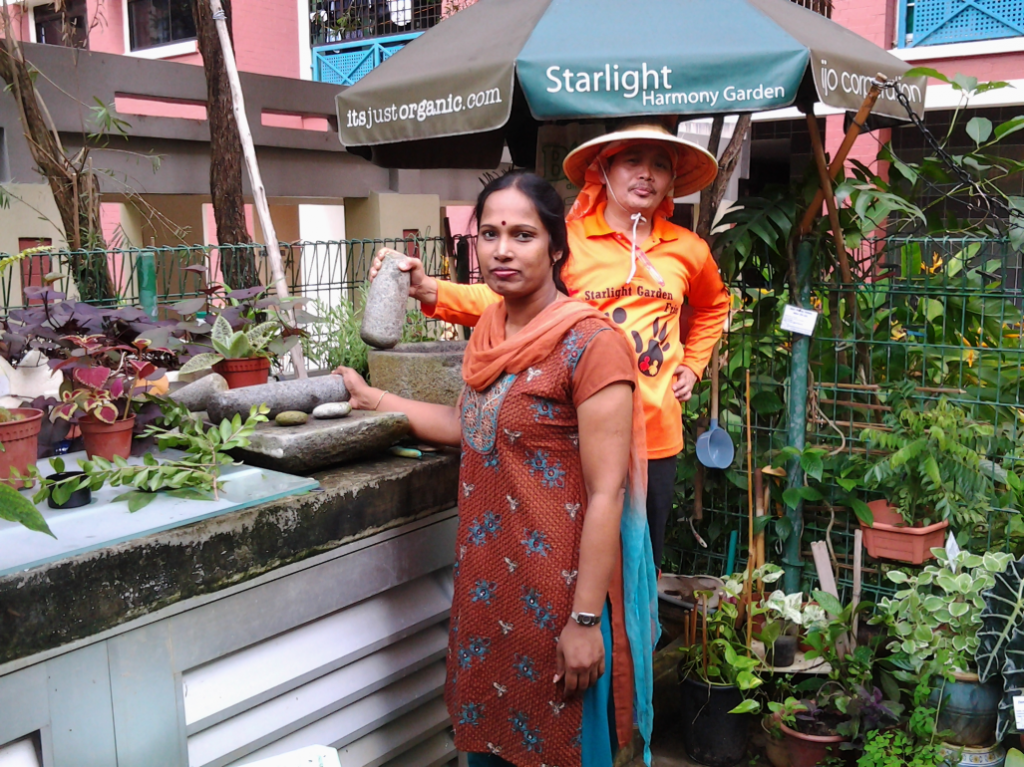 Mr Zuhir, seen here with a fellow Starlight Harmony Gardener, has tried some of the herbs grown in the garden on himself.