I kill plants. Or rather, plants die on me.

Whatever I grew never seemed to celebrate its two month-anniversary with me. And the records back me up.

My planting experiments have included a Spanish mint, a spearmint, a pineapple mint, a peppermint, three orchids and a pot of fittonias. Even the plants in the terrarium that I created at a DIY terrarium workshop started to wilt after five weeks. While some may have died due to my lack of interest in them, others probably died from my enthusiasm - death by drowning was the usual verdict.

Till today, I do not know the exact reasons for the "murder spree", but the reasons, as I postulate, are plentiful and different each time. They died due to lack of water, poor air circulation, lack of sunlight, too much sunlight, too much water, and the list goes on... It was with much reluctance that I agreed to participate in this experiment.

I had read that Cath Lim, who started "The Plant Story", was once a plant killer herself . However, she now calls herself an urban gardener. Her range of products included "aesthetically pleasing plants/landscaping that are kind enough for serial plant killers". Now, that attracted my attention. The solution was a terrarium Starter T, targeted at beginner gardeners like me.

After sharing my failed terrarium experience with Cath, she gave me some tips, "Terrariums thrive on neglect. Leave them alone. Don't water them, in fact, you probably don't need to water them until six months later." With that, I set my terrarium on my workdesk and departed for a vacation.

Two weeks later, the plants still looked bright and alive. And so I thought, there is hope after all for them to survive past two months under my care. And now, more than four months later, the fittonia in my terrarium is doing so well, they are threatening to pop the cover off my container. I'm looking forward to celebrating their 6-month anniversary. 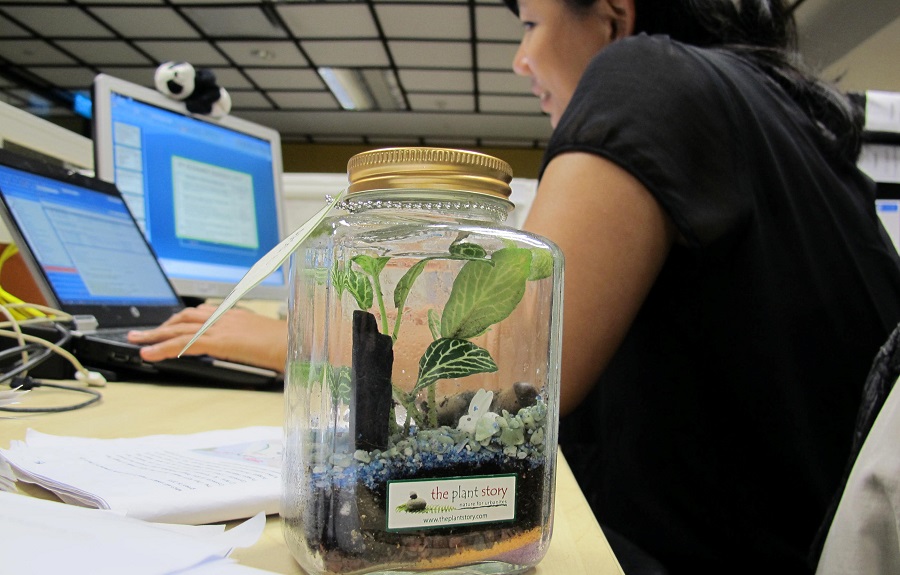 Eta at her workstation with her terrarium, which is doing so well, it is threatening to outgrow its jar. 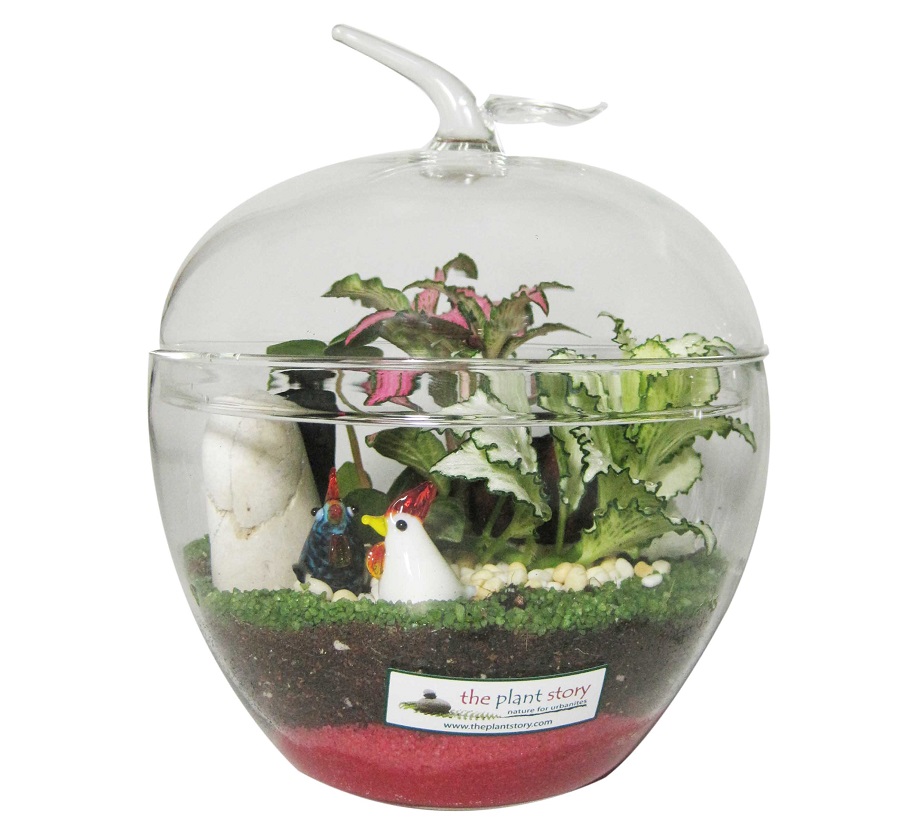 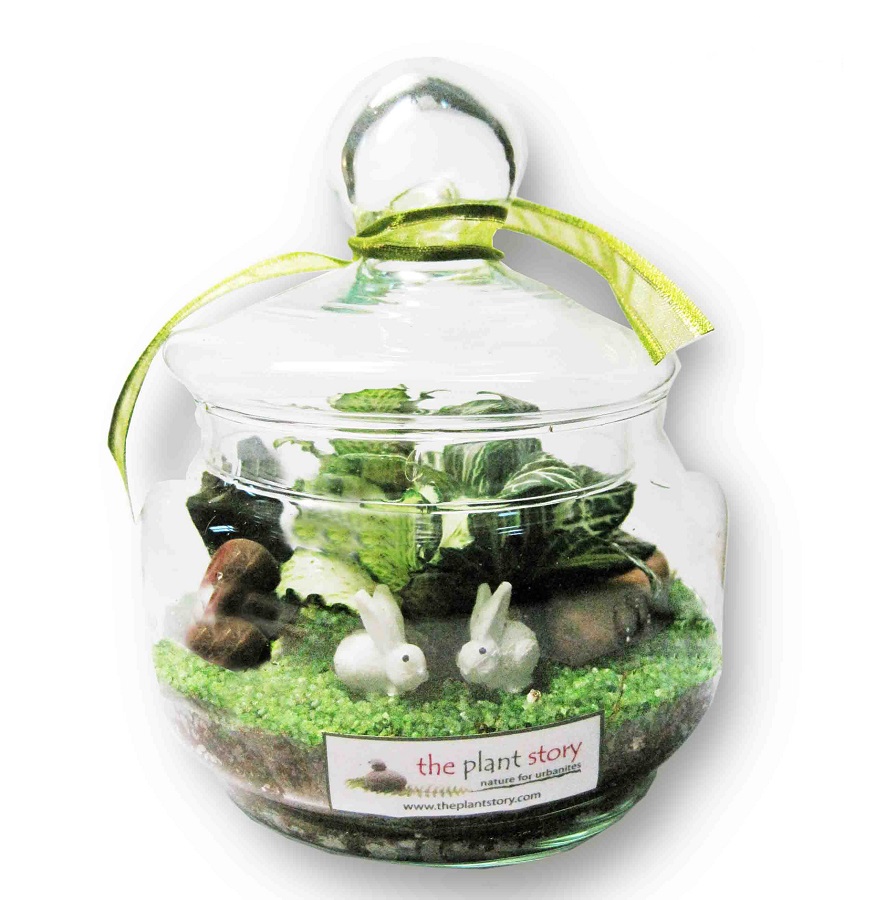 A Little Green Escapade for a spot of relaxation. 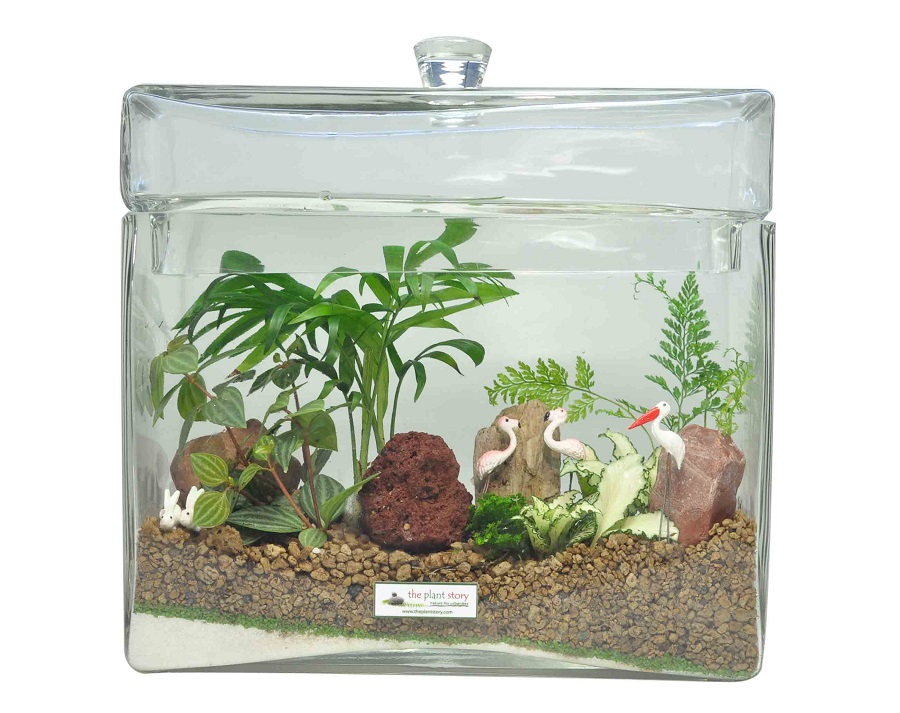 A Picture Perfect moment that looks good on any desk. 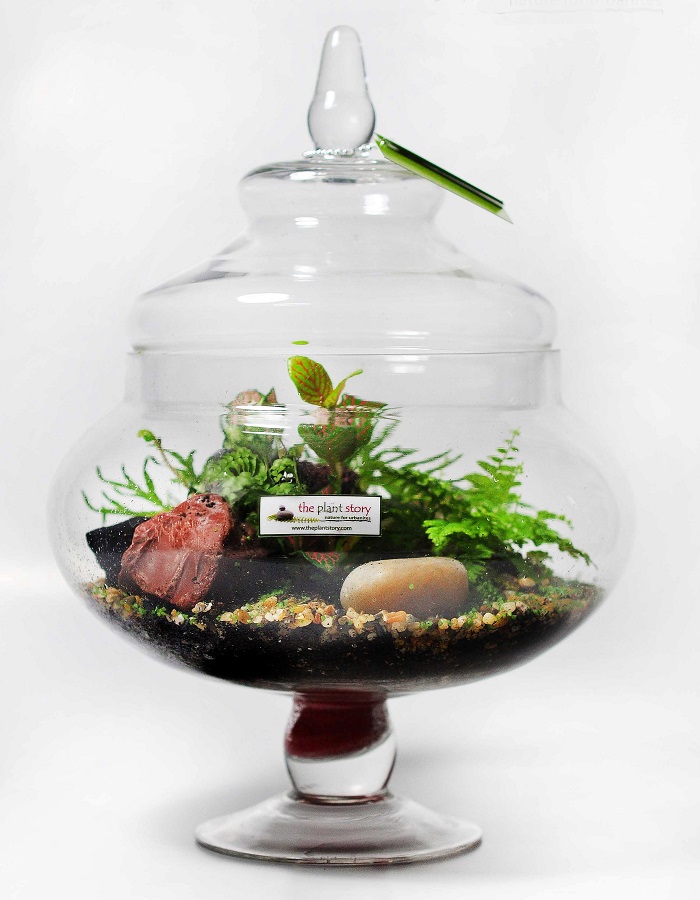 A lush Tropical Green Forest that is a sight for sore eyes.