For many male Singaporeans, Pulau Tekong is probably more familiar as the place they suffered through torturous physical training as National Servicemen. Yet, the mangrove forest of Pulau Tekong is one of the largest remaining patches of mangroves in Singapore undisturbed by human activities.

As such, boundless opportunities exist of meeting some of the 'natives' probably not found anywhere else in Singapore. Part of my work with the National Biodiversity Centre is to monitor the biodiversity of Pulau Tekong's mangroves. I have come across many amazing discoveries and critically endangered plants of Singapore, and here I describe two significant findings.

What is a mangrove forest?

The mangrove forest is an important coastal habitat that provides a sheltered environment for marine organisms. It is a suitable place for the breeding and growth of young fish, before they spend the rest of their lives at sea. Mangrove trees are adapted to tolerate seawater, allowing them to grow right at the edge of the coast.

Their massive root systems form mesh-like structures to retain sediments and anchor them in an unstable environment. In addition, they absorb the heavy metal ions in the sediments, reducing the pollutants in seawater! 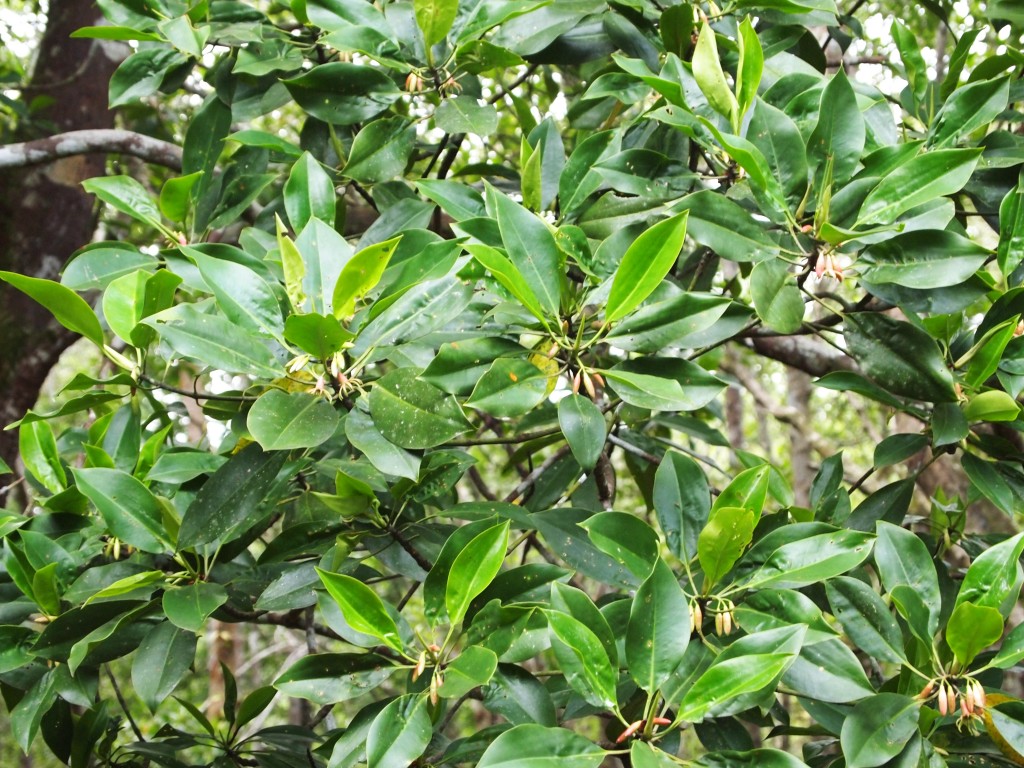 The Bruguiera hainesii is one of the rarest mangrove tree in the world.

Bruguiera hainesii, also known as 'Bakau mata buaya', (Malay for 'crocodile eye mangrove') is classified in the International Union for Conservation of Nature (IUCN) Red List as critically endangered, with an approximate estimate of only 200 trees left in the world! 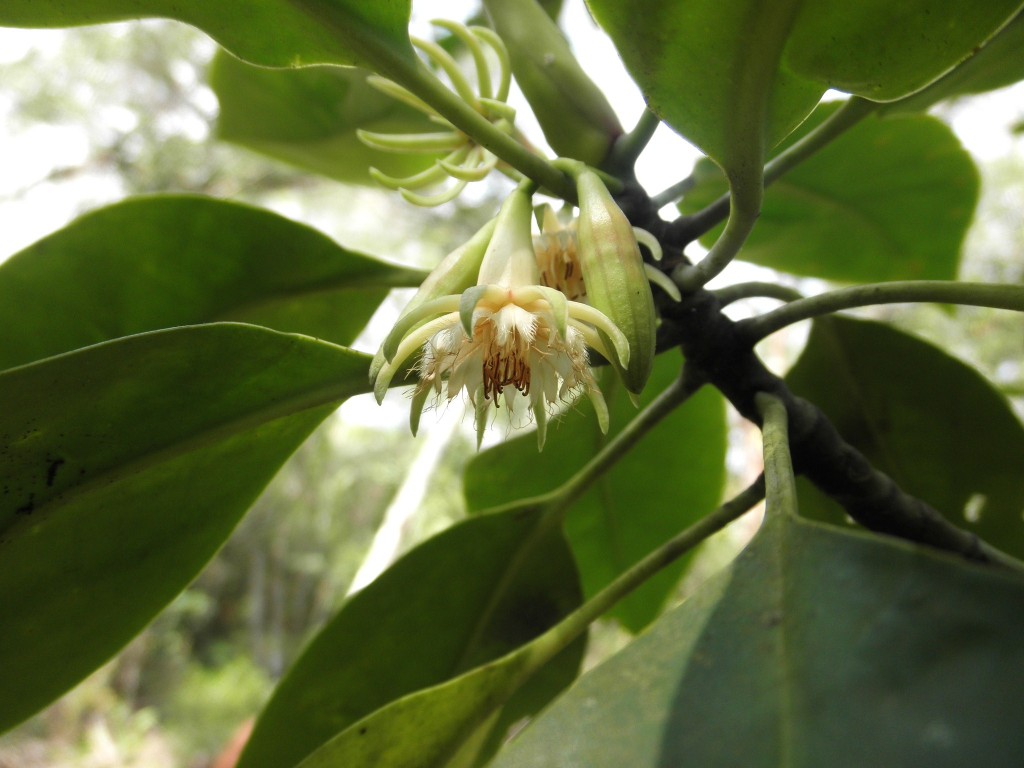 The calyx refers to the whole of sepals of a flower which encloses and supports the budding petals. When I started my mangrove survey in early 2011, I had high hopes of finding the 'panda' of the plant world, since a few have been discovered in Singapore.

While out with my interns during one of the surveys, I spotted quite a number of 'star-shaped' calyxes on the muddy ground. That was when I told myself I had hit the jackpot. I looked up and was exhilarated at finding more trees of the rarest mangrove in the world. Finding more specimens of this rare would certainly further enhance Singapore's reputation as an urban city filled with natural biodiversity. 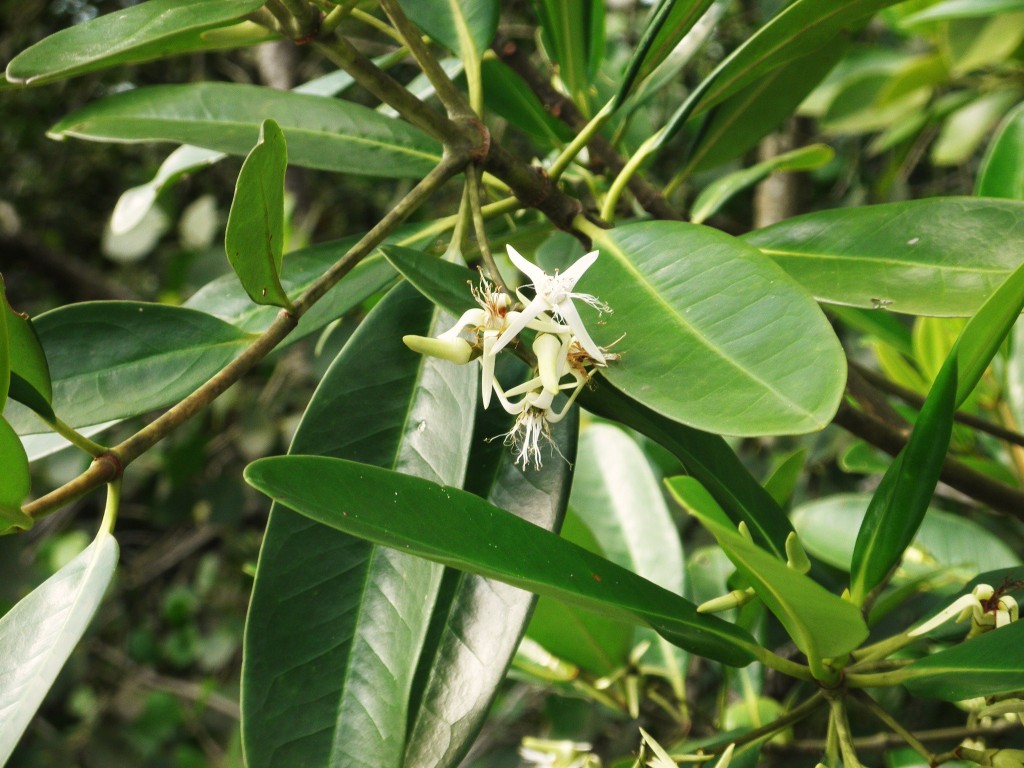 The white flowers of the Kandelia candel, a critically endangered mangrove thought to have died out in 2011 in Singapore, until it was rediscovered at Pulau Tekong.

During one of the bird surveys conducted early this year, we caught a sighting of some white flowers along the bank of the river. And as we approached the tree, I confirmed the rediscovery of Kandelia candel.

The conservation of mangroves in Singapore is of utmost importance as mangroves today are rare along our coasts as compared to the early 20th century. In the conservation of natural habitats, the support by MINDEF has played an important role in the conservation of their forests and in engaging NParks in biodiversity surveys. With this collaborative effort and by partnering nature interest groups, we can make a difference to Nature. 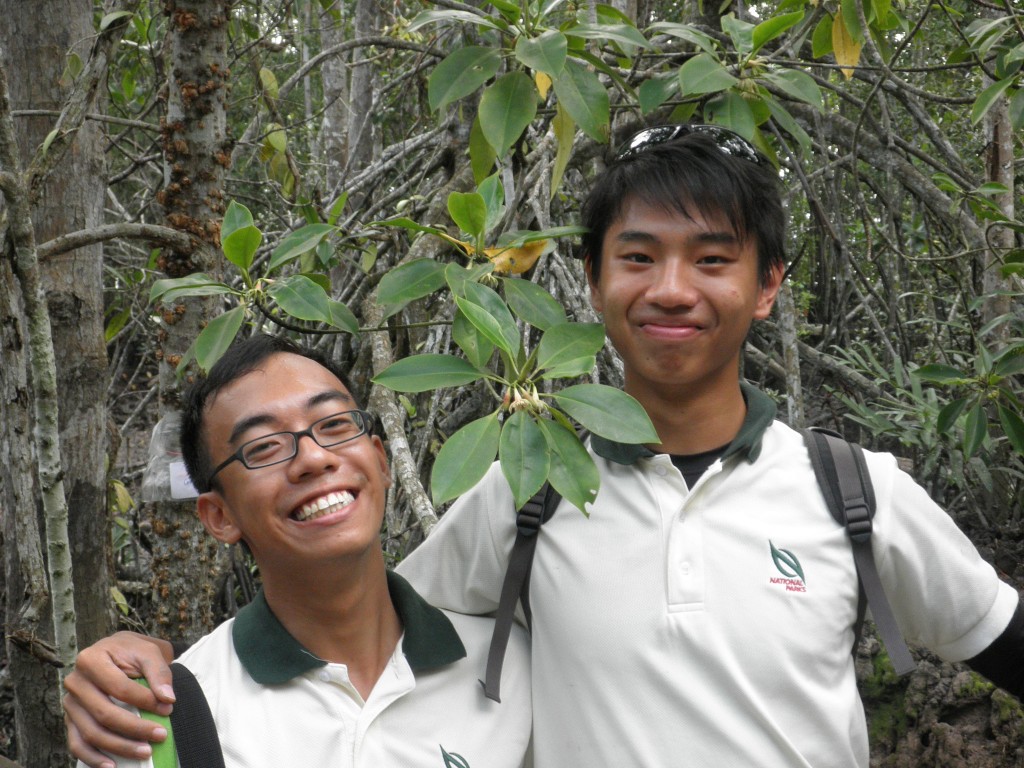