How To Revitalise Your Old Potting Mix

Houseplants such as the African Violet shown here use a peat moss-based mix.

As gardeners, we often end up with lots of old potting mix when our plants have died.

Many of us probably feel that it is such a waste to dump the excess material. Yet at the same time,  we are hesitant to reuse it to pot up a new plant, especially when the potting mix had come from an earlier plant that had died from a pest infestation or disease.

You can revitalise and reuse old potting mix by following a few simple steps that can be performed in the garden or home. 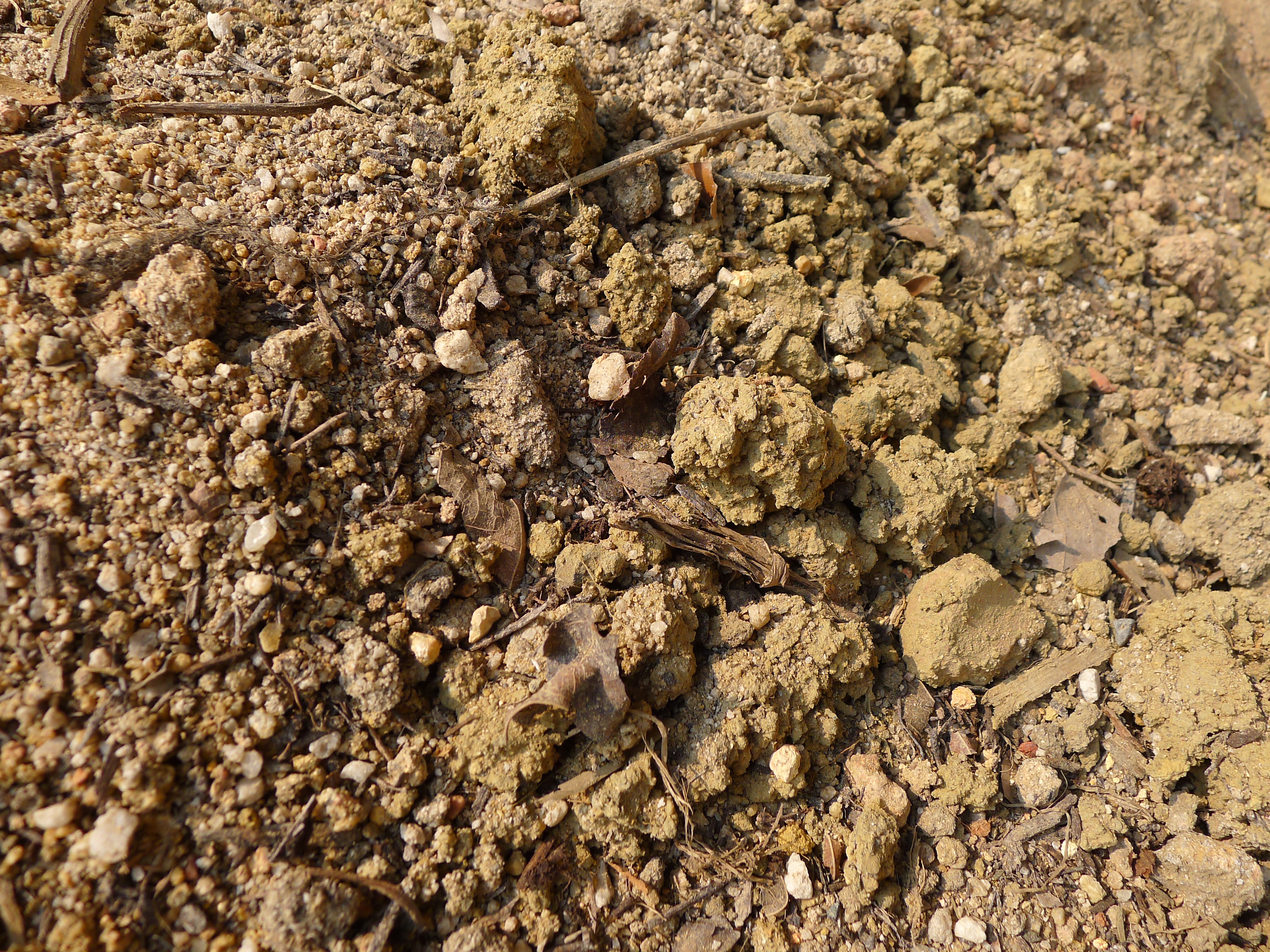 Old soil-based potting media tend to cake up into a hard mass due to the loss of organic matter and breakdown of various soil amendment additives which occurred over time.

To start, pour out the potting mix and if it is dry and hard, you can break it up using a hand fork. It is best to do this on a solid surface and put a thick stack of newspaper below to keep the place clean. Take this opportunity to also remove unwanted debris like small stones as well as dead plant remains.

Kill’em all!
Once the potting mix has been broken up and cleared of unwanted debris, pour the material into a bucket. The next step is to sterilise the used potting mix. Most reading materials suggest heating up the mix in a convection oven but this may upset those who only want to use their ovens for food.

One way to get around this is to sterilise the potting mix with hot boiling water. Boil water in a kettle before you carefully pour the water into the bucket containing the potting mix. Ensure the water level is above the surface of the mix.

Allow the water to cool down before you proceed to drain away the access. At this point, the mix may be too soggy for potting any plants. You will have to spread it out on a plastic sheet to either sun or air dry it before use. 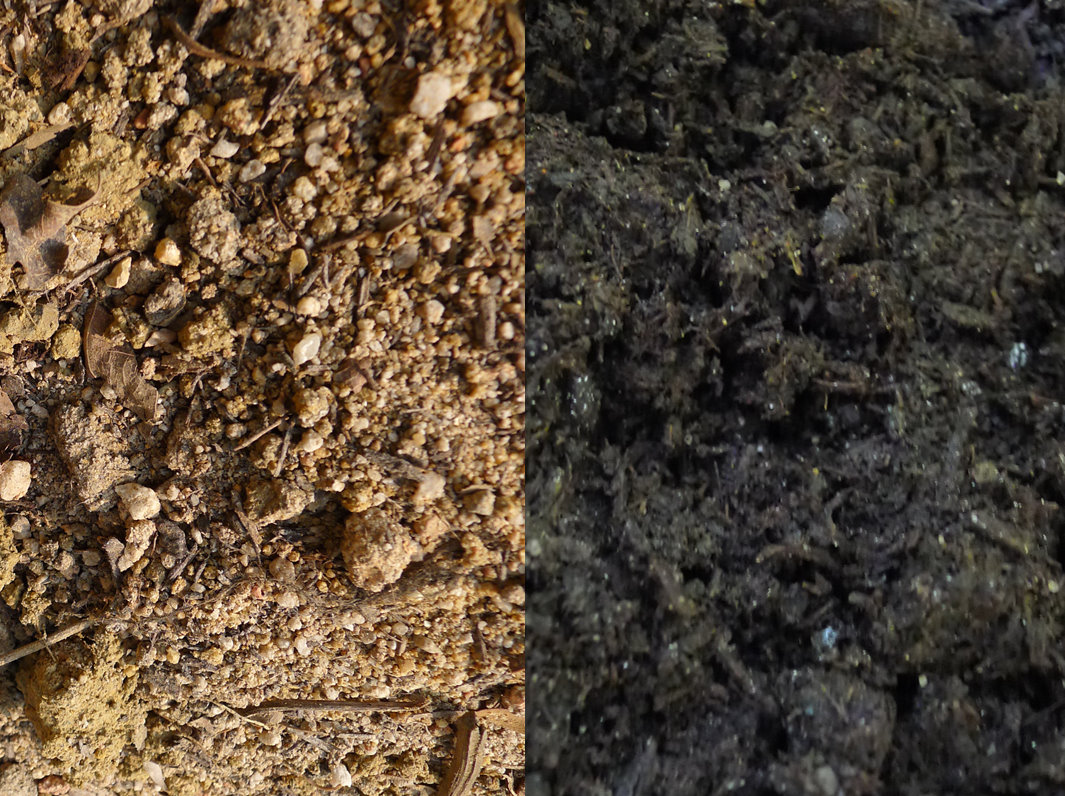 Organic matter such as good quality, well-rotted compost (right) can be incorporated into old soil (left) to improve structure (right) which helps to keep the soil mass open, allowing roots to grow, air to penetrate the root zone and excess water to drain away. Organic matter also helps to build a healthy microflora, and holds moisture and nutrients.

You may need to incorporate organic matter to improve the structure of the soil, especially if the soil-based potting mixes are very old. Such soil get all caked up as most of the organic matter in them would have been used up.

To add organic matter, use good quality, well-rotted compost available in most plant nurseries. As a general rule of thumb, you can start off by mixing in compost up to a ratio of 30% by volume. The potting mix is ready for use when you can make a ball by grasping some soil mix in your hand, but the ball breaks apart easily when you try to poke your finger into it.

The addition of coarse grit, such as sand, is usually not necessary unless you are growing plants that have special requirements for drainage, such as succulents and cacti or moisture-sensitive Mediterranean culinary herbs like rosemary.

What if my mix is not a soil-based one? Plants like African violets are often grown in a soil-less potting media made up of peat moss (left), perlite (center) and vermiculite (left).

There are instances where you have a plant growing in a mix that is either based on peat moss or sphagnum moss. These can be treated and sterilised the same way and allowed to dry before use as described earlier.

Peat moss is decomposed sphagnum moss which appears as a fine, soft and at times fluffy, brown material. It often has white spongy or silvery particles mixed in it, which are perlite and vermiculite, respectively. These materials are added to peat moss-based mixes to promote drainage and aeration. Plants that are commonly grown and imported into Singapore using peat moss-based mixes include houseplants like African violets and the Florist’s Gloxinia. Peat moss should not be mistaken as compost and is acidic in nature. Ornamental plants like the Moth Orchid are sold grown inside sphagnum moss.

Some commercially produced plants like the Moth Orchid (Phalaenopsis) are often potted in sphagnum moss. The moss appears as intertwined, water-retentive, light-brown fibres. In the tropics, the Moth Orchid is better repotted and grown in charcoal chunks. Sphagnum moss is often used to grow carnivorous plants and plants that love having a moist or wet root zone.