A Love Affair With Ladybirds 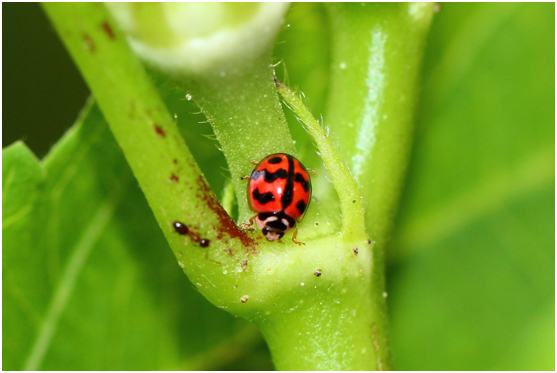 Menochilus sexmaculatus is one of the most commonly seen ladybirds in Singapore, and has zig-zag patterns instead of spots.

Every kid has a bug phase. I just never grew out of mine.” – E.O. Wilson Throughout my childhood, I went through many phases common to kids – dinosaurs, cars, etc. Like Dr E.O. Wilson, however, the one phase I seem permanently stuck in is bugs. My love affair with creepy-crawlies started back in preschool, when we had a one-day bug-catching activity in Pasir Ris Park. We were each given a plastic container and free roam over a rather large area in the park with the task of collecting an insect. I had quite a bit of an ego then, so I was unwilling to settle for “common” bugs like flies or ants, and continued searching for a bug I could deem worthy of my collection. Thus when time was almost up, my container was still empty.

Upset by my ‘failure’, I sulked under a tree, very much on the verge of crying. All of a sudden, I felt something large hit my head and fall to the ground. It was a huge, shiny, green beetle! I freaked out for a second, and then nudged the beast into my container and ran back to the gathering point. There, my beetle and I gained the admiration of my friends and teachers, and I left the park keen to learn more about creepy crawlies. Till this day, I have not outgrown my love for bugs. 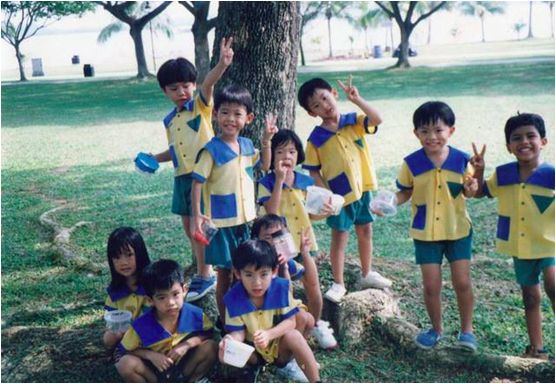 An introduction to the world of bugs in preschool: that’s me with my bug container in the front row (third from left)

Gaining an interest in the ‘pretty’ bugs
I initially had a soft spot for less charismatic groups like spiders, and thus did not give as much thought to ‘prettier’ insects like butterflies and ladybird beetles. However, after I took up the ladybird diversity project with the National Biodiversity Centre and read up more, my fascination with them grew. I found out that most of them were vicious carnivores, a stark contrast to their demure appearance. Many even having chemical defenses!

During the course of my project, I received comments on how they used to be common in the past but are now rarely seen. This raised questions such as “Where have all the ladybirds gone?”. Thus my interest in ladybird diversity piqued even further. I wanted to show people that ladybirds are not just pretty to look at; they are in fact useful insects to have around. 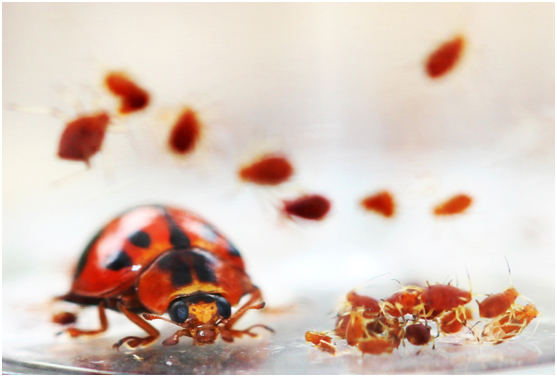 Ladybird beetles are beetles from the family Coccinellidae, and are commonly known as ladybugs in the United States and ladybirds in the United Kingdom. Most species, like our local Harmonia octomaculata, are voracious predators of insect pests such as aphids (the smaller insects in the photo above). They are, therefore, welcomed by gardeners, as they help to protect plants from pest damage!

The Ladybird Project
on with the National Biodiversity Centre has shown that there are at least about 35 species of ladybirds in Singapore, varying in size from 1 – 10mm, and in different colours and patterns. They don’t always look like the traditional red beetle with black spots! 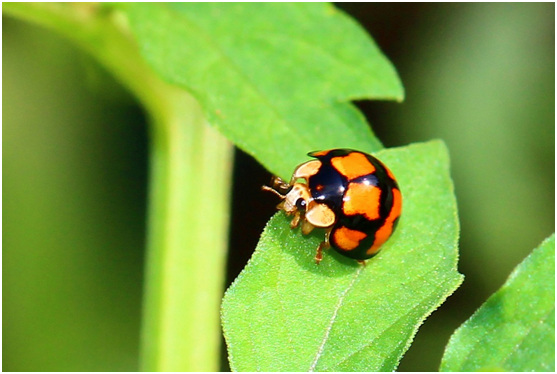 This variant of the Variable Ladybird (Coelophora inaequalis) is an example of an ’inverse colour scheme‘, being a predominantly black ladybird beetle with red patterns. Epilachna indica is a traditional-looking ladybird, and is one of the few species that is herbivorous, feeding mainly on the Mile-a-minute (Mikania micrantha (L.) Kunth ex H.B.K.) weed.

In Singapore, Ladybird beetles are more common than one might expect, and can be found on a variety of flowering plants and shrubs in parks, gardens and forests, especially in areas where there are aphids and scale insects for them to eat. There is so much more to discover regarding our local ladybird beetle diversity, so let us know if you have seen one in your neighbourhood!

Help look out for ladybirds in your neighbourhood 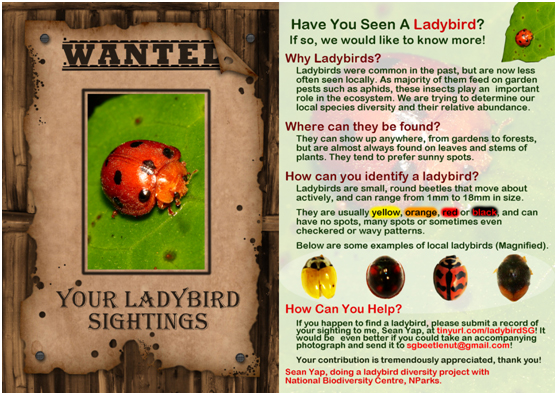 You may also submit your sightings at BIOME. A user-friendly species identification guide has been produced from the NParks ladybird project and will be made available in BIOME in the near future.