E.J.H. Corner And The Japanese Occupation Of Singapore Botanic Gardens 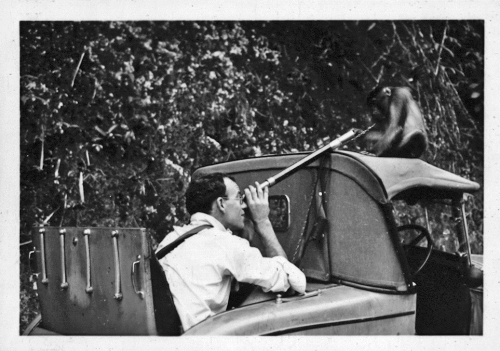 E.J.H. Corner with one of the “botanical monkeys” that he famously used to help collect field specimens.

Edred John Henry (E.J.H.) Corner was the Assistant Director of the Singapore Botanic Gardens from 1929 to 1945. He spent much of his time in this position exploring the Malaysian Peninsula extensively and studying its tree flora, leading to the publication of his well-known two-volume work Wayside Trees of Malaya in 1940. 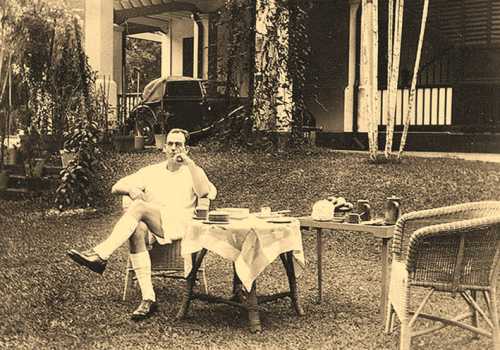 Corner on the lawn in front of his residence at 30 Cluny Road. Today, his former residence is known as the E.J.H. Corner House.

At the same time, Corner was considered controversial for his perceived collaboration with the Japanese during World War II.

However, a recently published book written by Corner’s son, John K. Corner, revealed there may be more to this association than it first appears. When the Japanese invaded on 15 February 1942, Corner chose to stay in Singapore (although his wife and son fled in advance of the invasion), determined to protect the Gardens’ scientific collections from what was to come. He decided that his best chance to accomplish this was to approach the Japanese.

Just five days after the fall of Singapore, he was appointed secretary and interpreter to Japanese Professor Hidezo Tanakadate, who had come with the aim of protecting the Botanic Gardens and Raffles Museum. 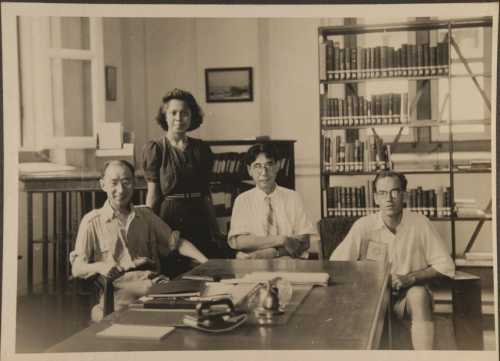 Corner seated next to two of the Japanese scientists who held control over the Gardens during the Japanese invasion. The Marquis Yoshuchika Tokugawa is seated at the far left and Professor Hidezo Tanakadate is in the centre (the woman in the image is not identified).

During the years of the occupation, Corner continued to pursue his botanical studies while helping to save thousands of books and scientific records. His work with the Japanese was contentious and led to accusations that he was a collaborator, but his relationship with the occupiers was more complicated than it appeared.

For instance, while he had a seemingly good relationship with the Japanese scientists, he also destroyed nautical charts and hid books that may have been useful to the Japanese military. After the surrender of the Japanese on 6 September 1945, Singapore returned to British rule. Dr Gilbert Archey was appointed the new Director of the Gardens, which brought about a change for Corner almost as drastic as that which he faced during the Japanese occupation.

After all that he had gone through, he was unwilling to accept his former junior position of Assistant Director. In 1945, he left Singapore for England, in time for Christmas. Although he continued his research on tropical flora and fungi, he never returned to work at the Gardens. In 1975, he retired from a long-held position of Professor of Tropical Botany at the University of Cambridge. He died in his home in England on 14 September 1996.

Book Review: My Father in his Suitcase: In Search of E.J.H. Corner the Relentless Botanist 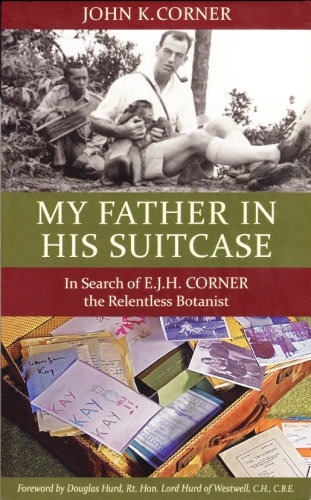 In his recently released biography My Father in his Suitcase: In Search of E.J.H. Corner the Relentless Botanist, John K. Corner reveals much insight about his father. The author had a difficult relationship with his father and after leaving home at the age of 19, father and son never saw each other again.

Years later, after E.J.H. Corner’s death, John Corner received a suitcase containing old letters, maps, and photographs. Those contents, left for him by his father, inspired him to piece together the life of the elder Corner. He conducted his own research and contacted his father’s contemporaries to help fill in the gaps.

Through this emotional process, he discovered his own admiration for his father’s work and conviction to science. The book is an interesting read, with much of the story set against the backdrop of Singapore in the 1930s and during the Japanese occupation.

The biography not only documents the life of a man who contributed to the body of scientific knowledge of the region, but sheds light on the personal side of the controversial scientist. Furthermore, it is an important contribution to the cultural heritage of Singapore and the Singapore Botanic Gardens.

The author John K. Corner being carried by his father in mid-1941.

My Father in his Suitcase: In Search of E.J.H. Corner the Relentless Botanist is available at the Singapore Botanic Gardens retail shops and at major bookshops. It retails for $38.00.

By Ada Davis
Photos of Corner at 30 Cluny Road, with the Japanese and carrying his son were from My Father in His Suitcase: In Search of E.J.H. Corner the Relentless Botanist.

I am very lucky to encounter the book ' My Father In His Suitcase' at the Bukit Banjang Library in 2014. Read more than 20 to 25 times on borrowing and finally bought the book from Popular Book shop at $38/. I have in possession all the books that Mr EJH Corner's son mentioned in his book dated before 1941s with Japanese government stamps. Like Mr Corner, I protected these books from destruction by officers who did not see the value of these books. God is great as he will ensure a person to see a thing he is entitled to see. I am gifted to see the above book by chance. Looking forward to visit Mr Corner's house soon at the Botanical Gardens. Regards G Selvaraju