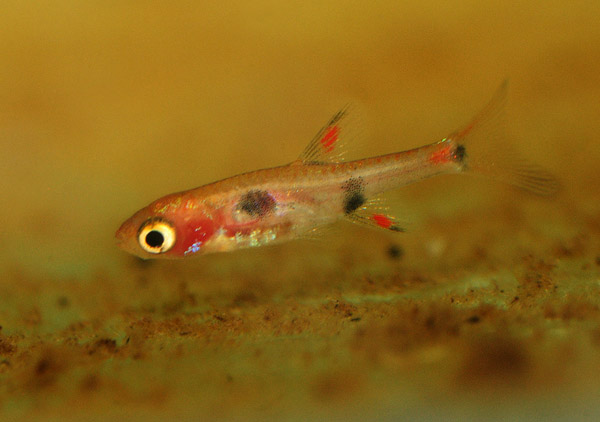 This Malayan Pygmy Rasbora is the smallest Rasbora in Singapore and is only 2 cm long!

The last time a survey was conducted on freshwater fish in Nee Soon Freshwater Swamp was nearly 10 years ago. To refresh the records, staff from the National Biodiversity Centre and students from Nangyang Technological University conducted a year-long fish survey from March 2013 to April 2014 at various parts of the swamp.

Nee Soon Swamp Forest
Hidden in the heart of the Central Catchment Nature Reserve, the Nee Soon Freshwater Swamp is home to a significant proportion of native freshwater fauna. Spanning an area of approximately 87 hectares, the forest is dominated by primary and old secondary vegetation, many of which have developed unique adaptations to survive in flooded and waterlogged conditions.

A slow-flowing stream runs through Singapore’s only freshwater swamp habitat.

It is common to see stilt roots and pneumatophores in the swamp, just like what you might encounter in mangroves! Pristine forest streams and specialised microhabitats in Nee Soon support almost half of the approximately 90 freshwater fish species in Singapore.

Fish in the freshwater swamp forest
During the course of the study, we found a total of 36 freshwater fish species, of which 30 are native to Singapore. The most common species encountered is the Harlequin Rasbora, a beautiful fish with a red tail, silvery abdomen and black triangle on its body. Unfortunately, it is threatened by illegal fishing for the ornamental trade. 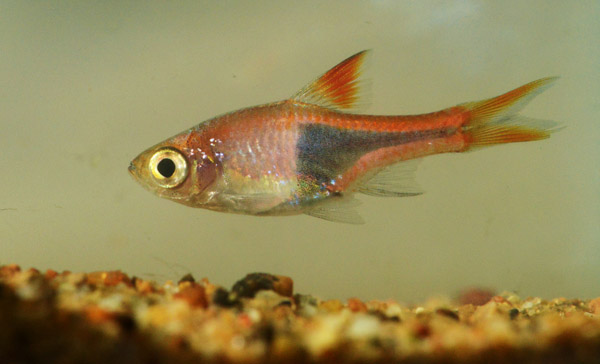 The colourful Harlequin Rasbora is often exploited for the ornamental fish trade.

We were also delighted to find five new native fish records for Nee Soon Freshwater Swamp. The Malayan Pygmy Rasbora is the smallest Rasbora species in Singapore. It is brightly coloured and often resides in shaded areas with dense trailing roots.

The Slender Walking Catfish, as its name implies, has a narrow body with rows of yellow spots on its body. We had to be very careful when handling this slippery fish as its sharp side fins can cause painful stings! One of the most distinctive fish in Nee Soon is the T-barb, which has a black patch on its body and a black stripe on its tail that forms a prominent “T” when viewed from the sides. The other two new records are the Bigmouth Stream Goby and the Three-spot Goramy. 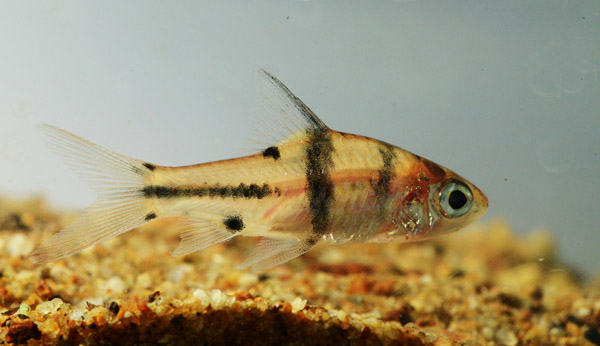 The T-barb is an omnivore often found in deeper waters. No prizes for guessing how it got its name!

Many of these fishes in Nee Soon Swamp Forest are listed as 'Critically Endangered' or 'Endangered' in the Singapore Red Data Book. They are being threatened by illegal poaching, environmental disturbances and development activities. Let us work together to protect this unique and pristine freshwater swamp by not releasing fish into reservoirs and canals!

Text by Li Tianjiao
Information on the Biodiversity Research Symposium by Samantha Lai
Photo of Nee Soon Freshwater Swamp by Li Tianjiao
Photos of the Rasboras and T-barb by Dr Cai Yixiong.