We know Singapore as an urban jungle, but not many are aware of the diversity of wildlife in our natural environment. Here are eight of the weirdest but most wonderful flora and fauna that can be found right here in Singapore. 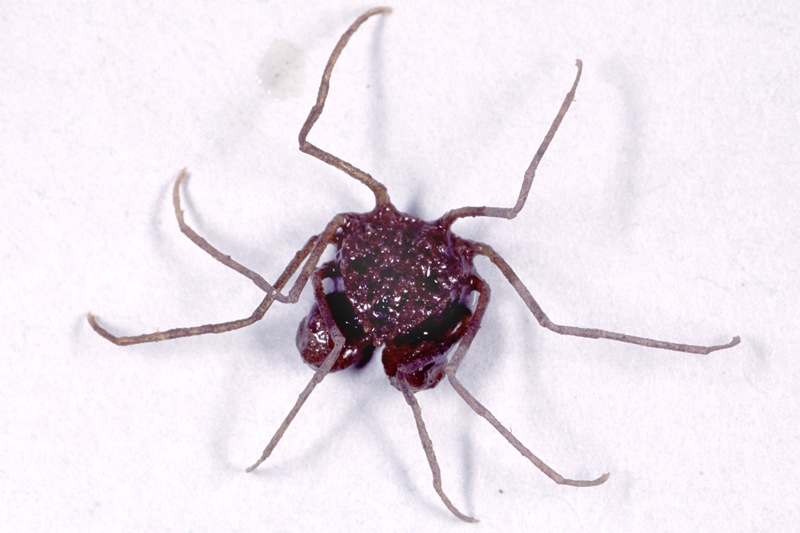 The Mangrove False Spider Crab looks interesting, doesn’t it? It is found in mangrove areas, usually covered by mud and algae. Even if you are lucky to see it crawling around, you would think that it is a large spider due to its long, skinny legs. 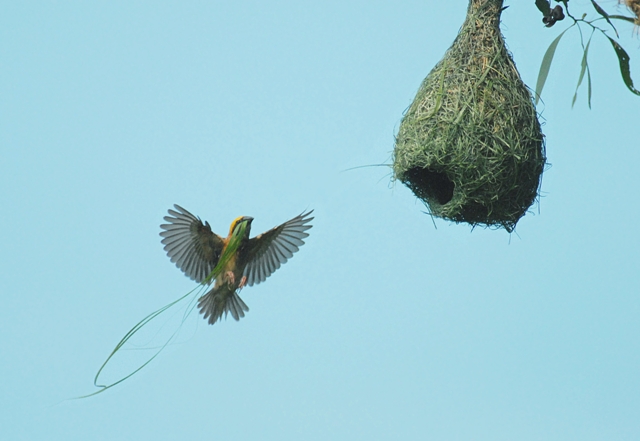 The Baya Weaver is found where long grass grows. Using the grass as building-material, it skilfully weaves a bulbous nest that looks like a vase with a long neck. You can spot these birds on Pulau Ubin and in Sungei Buloh Wetland Reserve. The Chinese Egret stands as tall as 69 cm and is one of the taller birds in Singapore. During the breeding season, the bird has plumes on its back which disappear after breeding. It lives in the northern hemisphere (in places in Korea and Russia) during summer and spends its winters in warm places like Singapore. 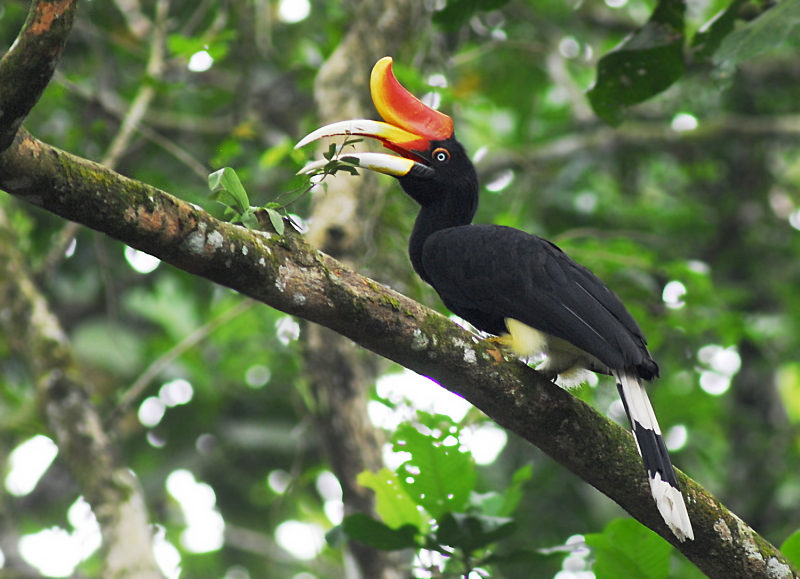 This majestic bird is the Rhinoceros Hornbill. It gets its name from the large bone-casque on its head that makes it look like a rhinoceros. Its wing-span can be over 1 m in length and it can live for up to 90 years! This magnificent creature is the state-bird of the state of Sarawak in Malaysia. 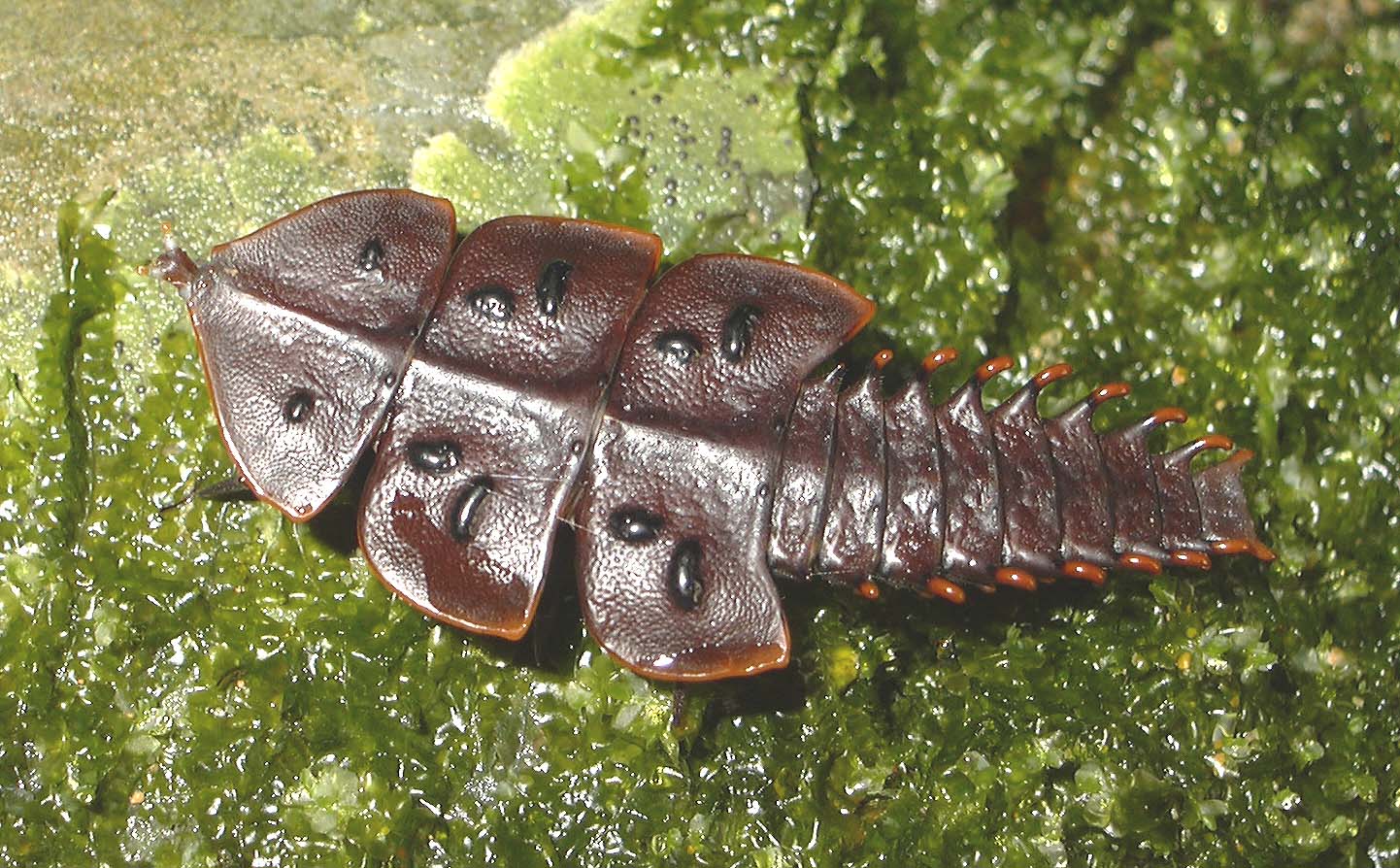 The Trilobite Larva looks more like a dead leaf or a piece of tree-bark rather than an insect. It lives in rotting logs found on the forest floor. As the Larva has not been seen to be eaten by birds, researchers believe this is because it secretes unpleasant chemicals that make it taste awful! 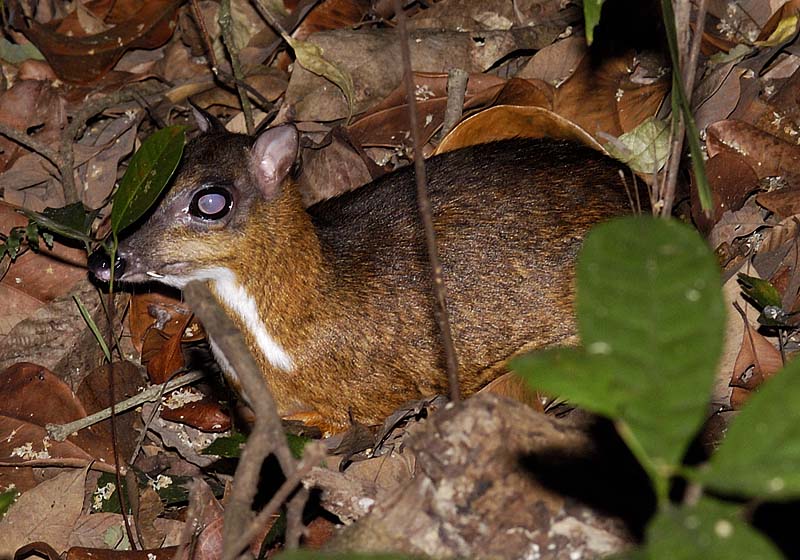 This special creature is the Lesser Mousedeer. An adult weighs only 2 kg and stands at just about 45 cm tall. It is Singapore’s smallest known hoofed-mammal. Despite its size, it is celebrated in Malay and Indonesian folklore as a clever creature. In one popular story, a mousedeer tricked some crocodiles to help it cross a river. 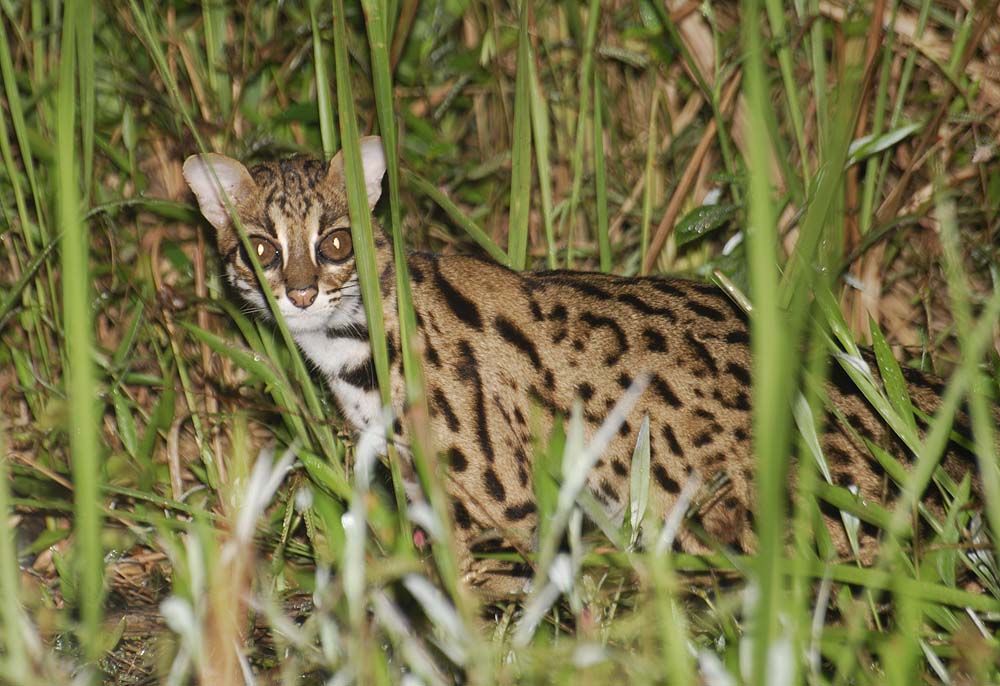 The Leopard Cat gets its name from its leopard-like coat; yellowish, golden fur with black spots. While it is mostly found foraging on the forest-floor, it can also climb trees well. It is one of the larger carnivores found in Singapore eating frogs, lizards, birds and rats. 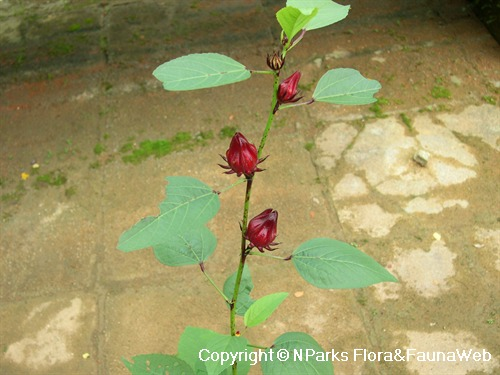 The Roselle was originally from Africa but is now found in Singapore. The plant grows to about 1 m in height and has attractive reddish flowers and fruit (see picture). The Roselle is relatively useful – its shoots and fruit can both be eaten. The fruit, when boiled, produces a drink that tastes like it is flavoured by sour berries!

Seen an interesting bird, animal or insect in our parks, gardens or nature reserves? Do not disturb it, but if you manage to capture it on your camera, submit it via the SGBioAtlas app, which uses crowd-sourced information to map the distribution of flora and fauna throughout Singapore.