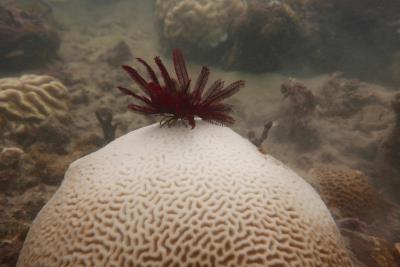 A surprisingly rich amount of marine life resides in Singapore’s waters; they harbour over 250 species of reef-forming hard corals, as well as 200 species of sponges, 12 seagrass species and an abundance of crustaceans.

Coral reefs provide a habitat complex enough to house over 100 species of reef fishes and act as natural breakwaters for our shores, two essential roles in sustaining entire ecosystems.

Despite several measures established to reduce human impact on marine life, coral reefs are still vulnerable to larger issues like global warming and the punishing effects of rising sea temperatures. This is compounded by the continued influence of the El Niño phenomenon, which varies in intensity and can have impact on the coral reefs.

When coral polyps experience stress as exemplified by increases in water temperature or other environmental factors, they can expel the symbiotic algae, called zooxanthellae, that live within their tissues. After the algae are ejected, the coral reveals their calcium carbonate skeletons, appearing white or “bleached.” 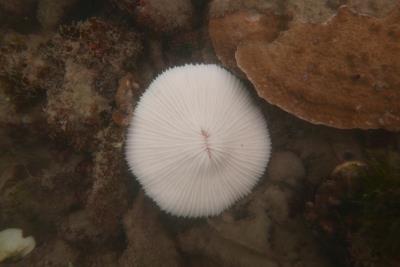 The Mushroom Coral, a form of Hard Coral, can be moved passively by the action of waves or currents. Here, it appears white or “bleached”. 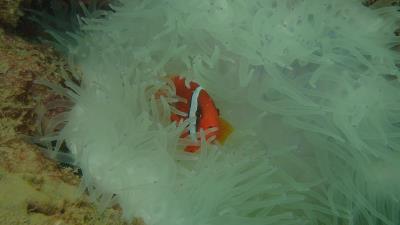 An anemonefish tries to hide among a bleached anemone

Globally, the first bleaching event occurred in 1998, after extreme temperature fluctuations brought about by a strong La Nina, which was preceded by an equally strong El Niño. Subsequently, a second event was recorded in 2010 and the third, the most recent, was recorded this year, in 2016.

In June, a team of 10 comprising staff from NParks’ National Biodiversity Centre and volunteers, headed out to Sisters’ Island Marine Park to survey the extent of the coral bleaching in the waters around Singapore. The dive teams canvased both the shallow and deep trails, each spanning about 100 m in length, to hunt for five specific kinds of coral colonies to label and photograph. This was for the team to observe and document the condition of the coral in the coming weeks and months, to discern signs of recovery. 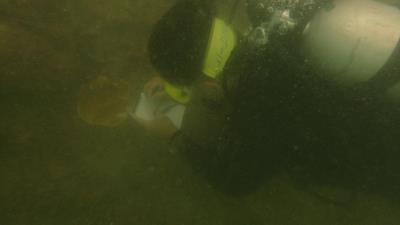 The dive teams canvased both shallow and deep waters to hunt for affected coral colonies to label and photograph. 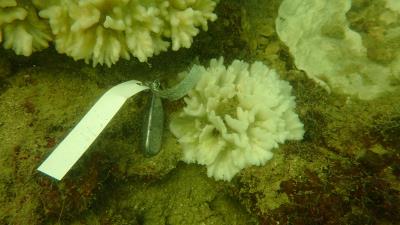 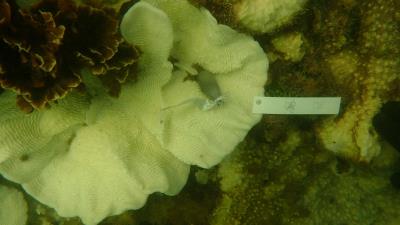 The divers found that over half of the tagged corals and a significant number of anemones, had experienced bleaching, albeit of varying degrees. Identifying trends, if any, will only become evident after revisiting these same coral colonies a few months later.

Why Coral Bleaching Matters How does coral bleaching affect us?

Coral reefs are often known as underwater rainforests, and this is for a good reason. They play a vital role as some of the most biodiverse ecosystems on earth, much like any terrestrial rainforest. The bleaching is particularly worrying because without their resident zooxanthellae, there is a higher risk that, under prolonged periods of stress, the coral may be unable to sustain themselves. They become more susceptible to disease and may eventually perish.

In essence, it is this relationship between coral and their symbiont (an organism that is very closely associated with another, usually larger organism), which forms the basis for nourishing and supporting intricate foodwebs. The excess products of photosynthesis carried out by the zooxanthellae become a major source of nitrogen and other essential nutrients upon which many other marine organisms are dependent on.

The good news is that coral bleaching can be reversible. If conditions stabilise, the coral may get a chance to recuperate, but any disruptions to this delicate balance can have potentially devastating effects that may be irreversible once set in motion.

Efforts to safeguard our biodiversity are based on a multi-faceted approach that aims to limit additional impact on our coral reefs. First, there is a need to restrict activities which can further damage the already fragile structure of the corals under stress.

Next, as part of the Marine Conservation Action Plan (MCAP), some initiatives have been put in place to bolster pre-existing reefs and safeguard our biodiversity for future generations. These include moving locally rare species into deeper waters with stronger currents or into controlled environments.

To ensure the long-term sustainability of the corals, efforts are also made to increase the number of individuals of each species through programmes like Plant a Coral, Seed a Reef. This would augment the genetic diversity of each species, strengthening their survival capabilities during extreme conditions. NParks is in discussion with researchers on ways to propagate in situ and ex situ bleaching resistant species.

Help care for our marine biodiversity and the environment. The Garden City Fund’s Plant-A-Coral, Seed-A-Reef programme is a platform for organisations and individuals to actively participate in the habitat enhancement efforts of the Sisters’ Islands Marine Park, by sponsoring a coral under the Plant-A-Coral initiative, or a Reef Enhancement Unit (REU) under the Seed-A-Reef initiative.

Plant-A-Coral initiative  Under the Plant-A-Coral initiative, organisations and individuals will be able to sponsor a coral with a minimal donation of $200. Coral nubbins, which are small coral fragments, will be attached to wall plugs and allowed to grow to suitable sizes within nurseries and on the reef, before being transplanted to the REU. Donors will be entitled to participate in a free intertidal guided walk at Sisters’ Islands Marine Park to experience the rich biodiversity.

Seed-A-Reef initiative  Under the Seed-A-Reef initiative, organisations and individuals will be able to sponsor a REU with a minimal donation of $20,000. REUs are artificial structures placed within suitable reef zones to enhance bare areas for marine organisms to grow and reef fish to seek refuge. Donors will be able to prepare coral nubbins which will be transplanted to the REU when ready. In addition, donors will be entitled to participate in a free coastal guided walk at St John’s Island, to experience the natural and historical heritage of the island.

Hi. Due to some constrain i need to give up my marine fish - 3 clown fish and a angel fish and some live rock. Can you advice where i can release them properly to the sea? Thank you