You may have already visited some of them. 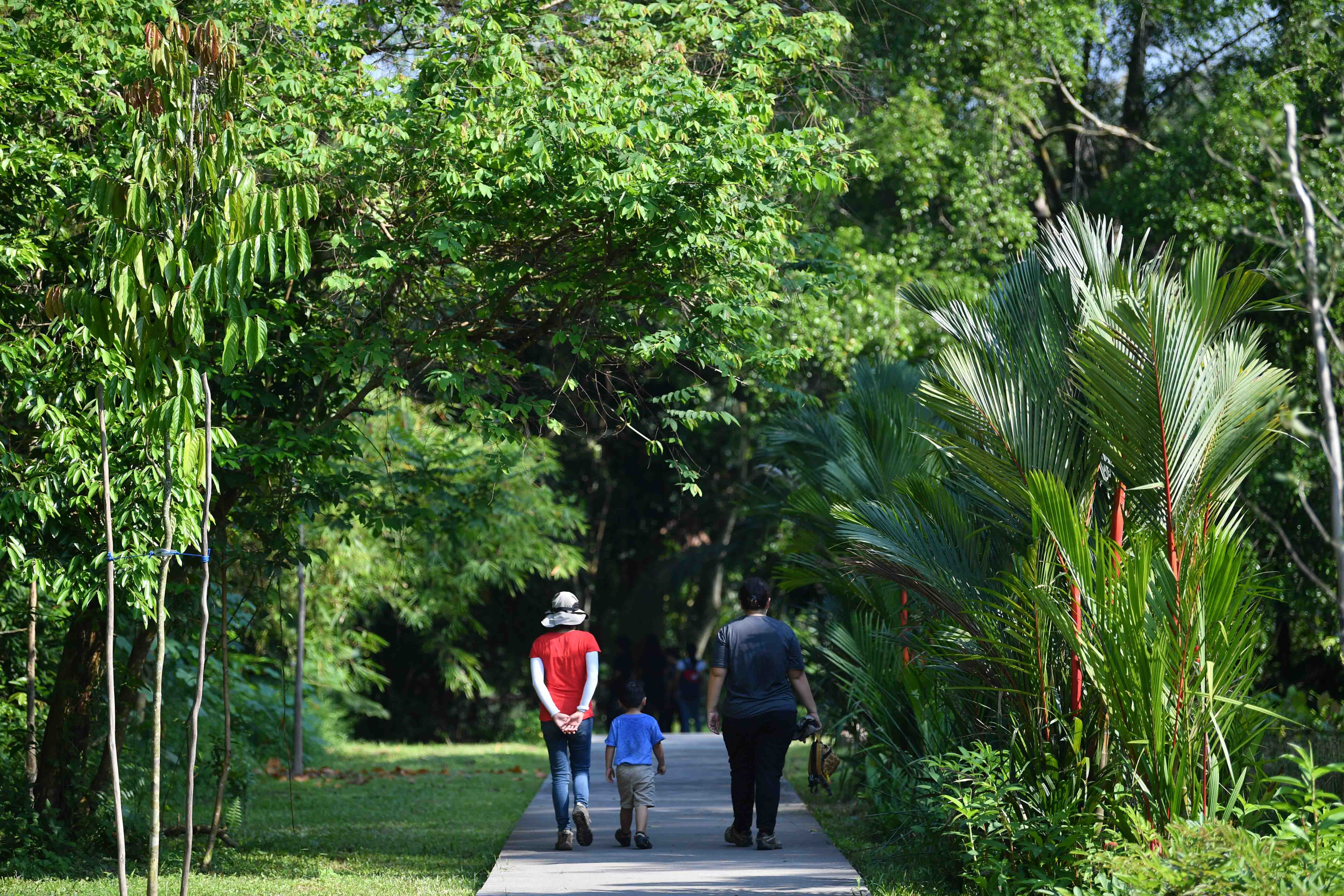 Take a stroll in our many gardens and parks. Photo credit: NParks

These parks offer a place for you to relax or exercise, but do you know they are different from other public parks? They are set up on the margins of the Central Catchment Nature Reserve to protect the reserve – the last bastion of biodiversity here – from nearby developments. These “green buffers” also divert visitors away from the reserve, reducing visitor pressures, by offering an alternative nature venue.

Meanwhile, you can still enjoy plenty of wildlife at nature parks as they have been enhanced to be more rustic and forested compared to public parks. Among other things, they provide a safe haven for native species and pit-stops for migratory birds.

Here are some of the wildlife and other attractions that can be seen at these parks. While enjoying them, don’t forget to keep to NParks' recommended trail etiquette, which you can read more about here. 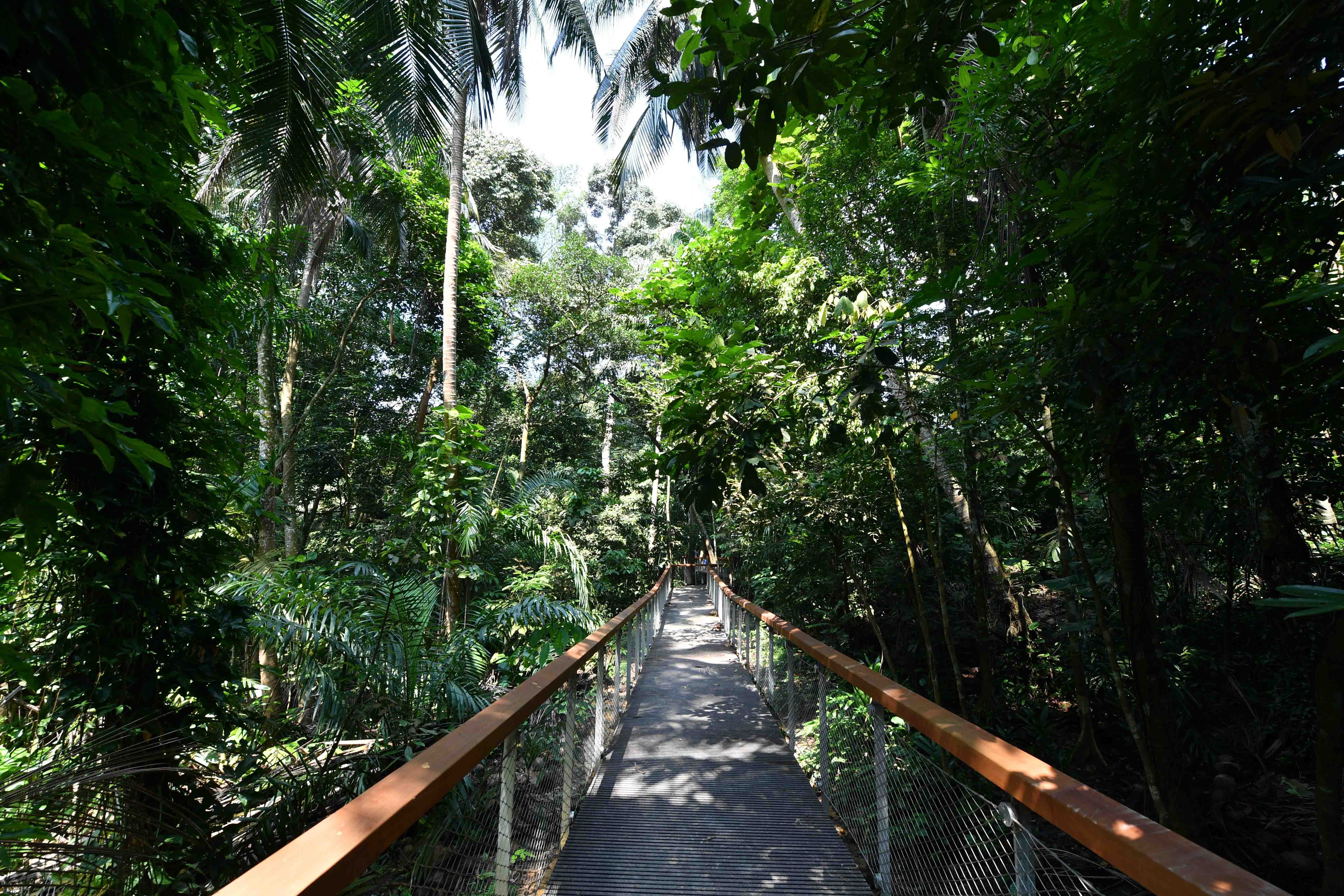 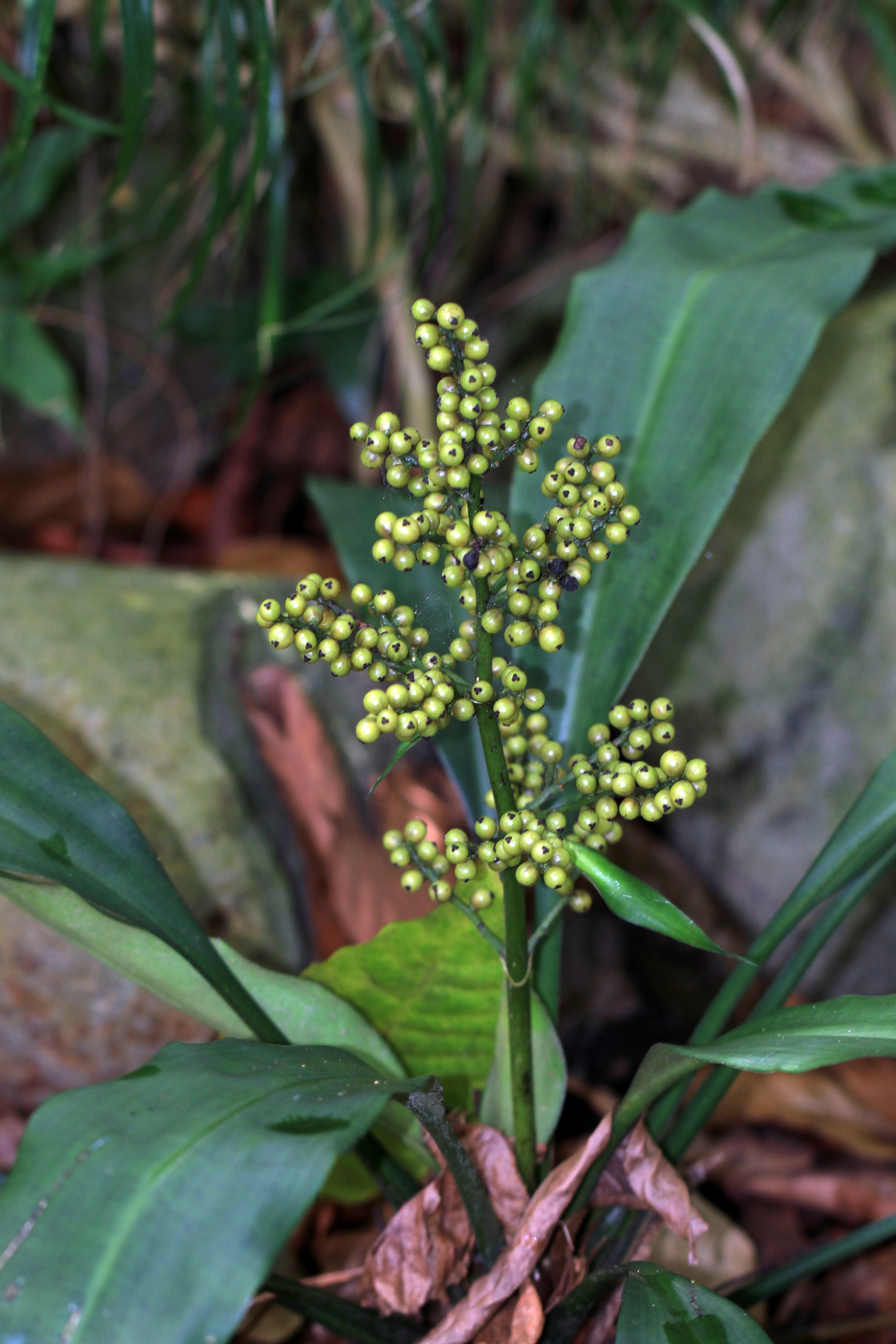 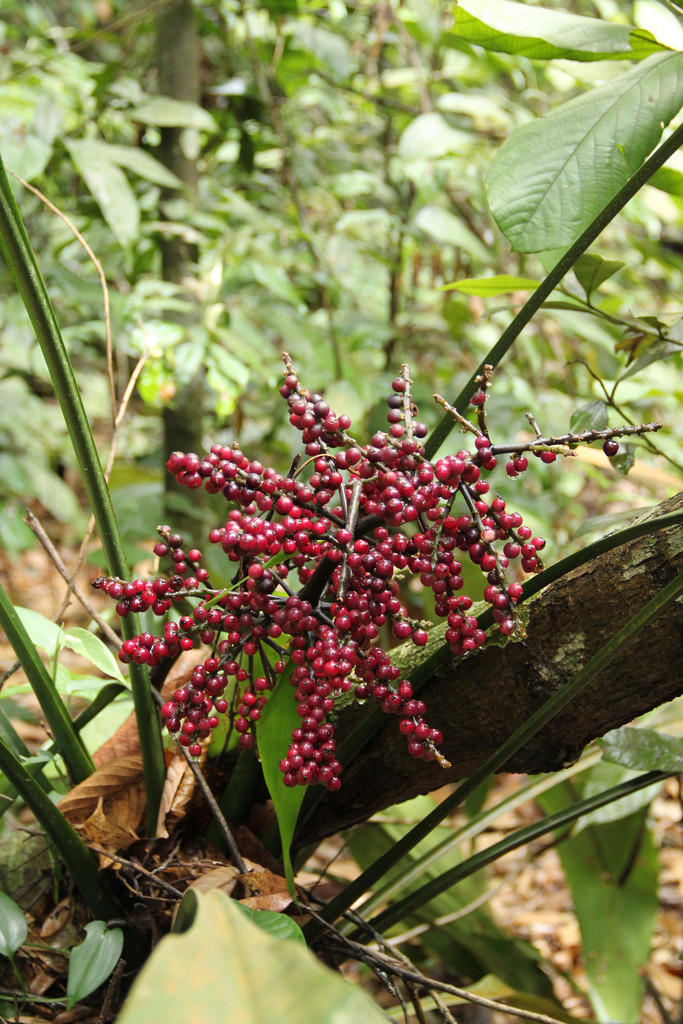 Almost half of the 122 dragonfly species in Singapore can be found at this park. You can look out for them at the marsh habitat along the Drongo Trail and the several freshwater streams that weave through the park. Three species – the Nighthawker (Heliaeschna crassa), the Lesser Nighthawker (Heliaeschna uninervulata) and the Spear-tailed Duskhawker (Gynacantha dohrni) – are record smashing, having only been recently discovered in Singapore.

Embark on a sub-canopy walk at The Drongo Trail. The boardwalk, which is four metres above the ground, is the first sub-canopy walk in the Central Catchment Nature Reserve which connects to the MacRitchie TreeTop Walk. Keep an eye out for animals such as the Greater Racket-tailed Drongo (Dicrurus paradiseus), the bird with a long forked tail which the trail is named after. Where: Along Chestnut Avenue

To boost biodiversity, Chestnut Nature Park, which is Singapore’s largest nature park and takes up an area bigger than 110 soccer fields, has been planted with native trees. They include the Jelutong (Dyera costulata), a tall forest tree and the Singapore Walking-Stick Palm (Rhopaloblaste singaporensis), so named because you can use its stems for making walking sticks. These native tree species “connect” green spaces so that animals can move around safely. 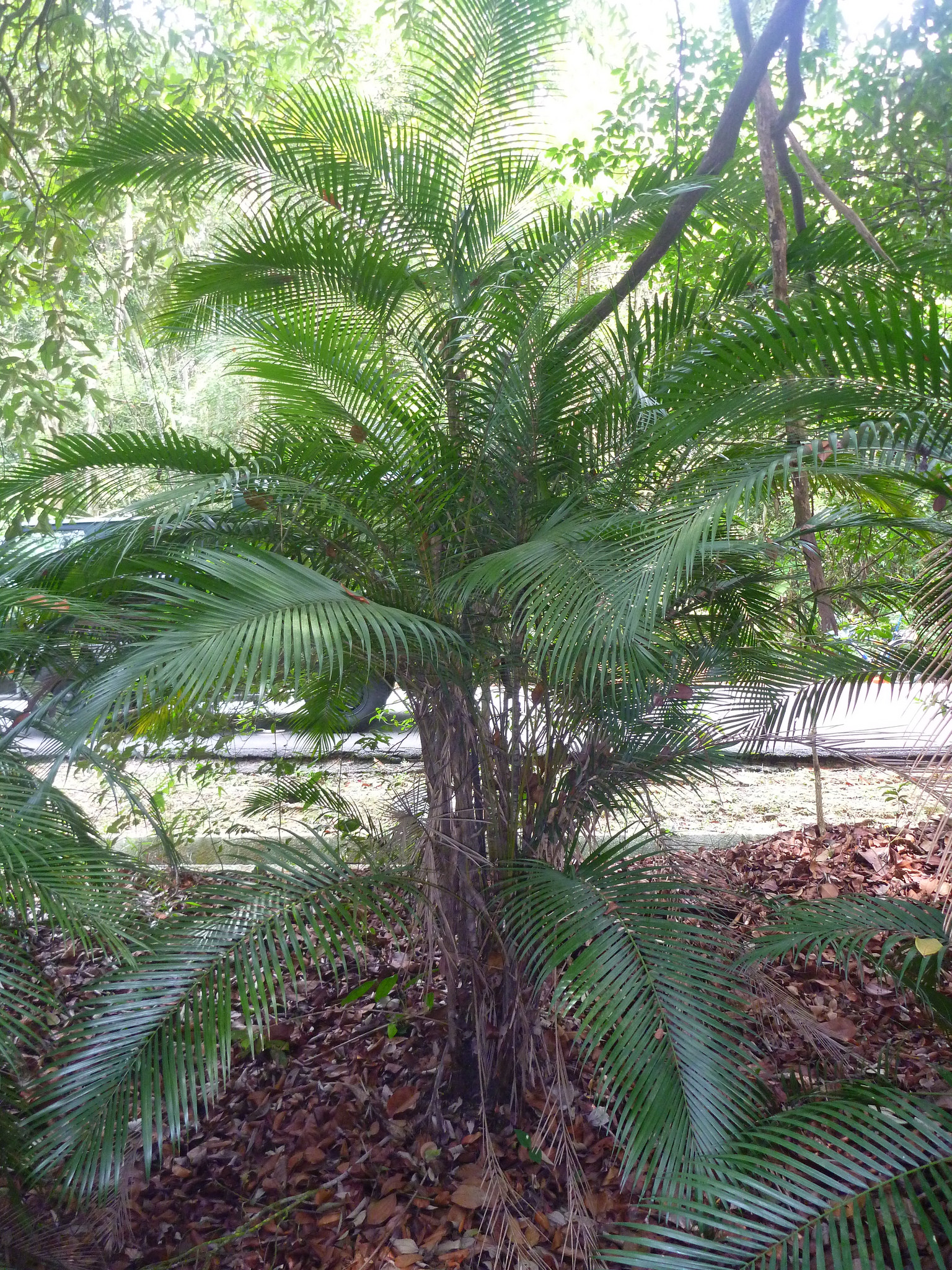 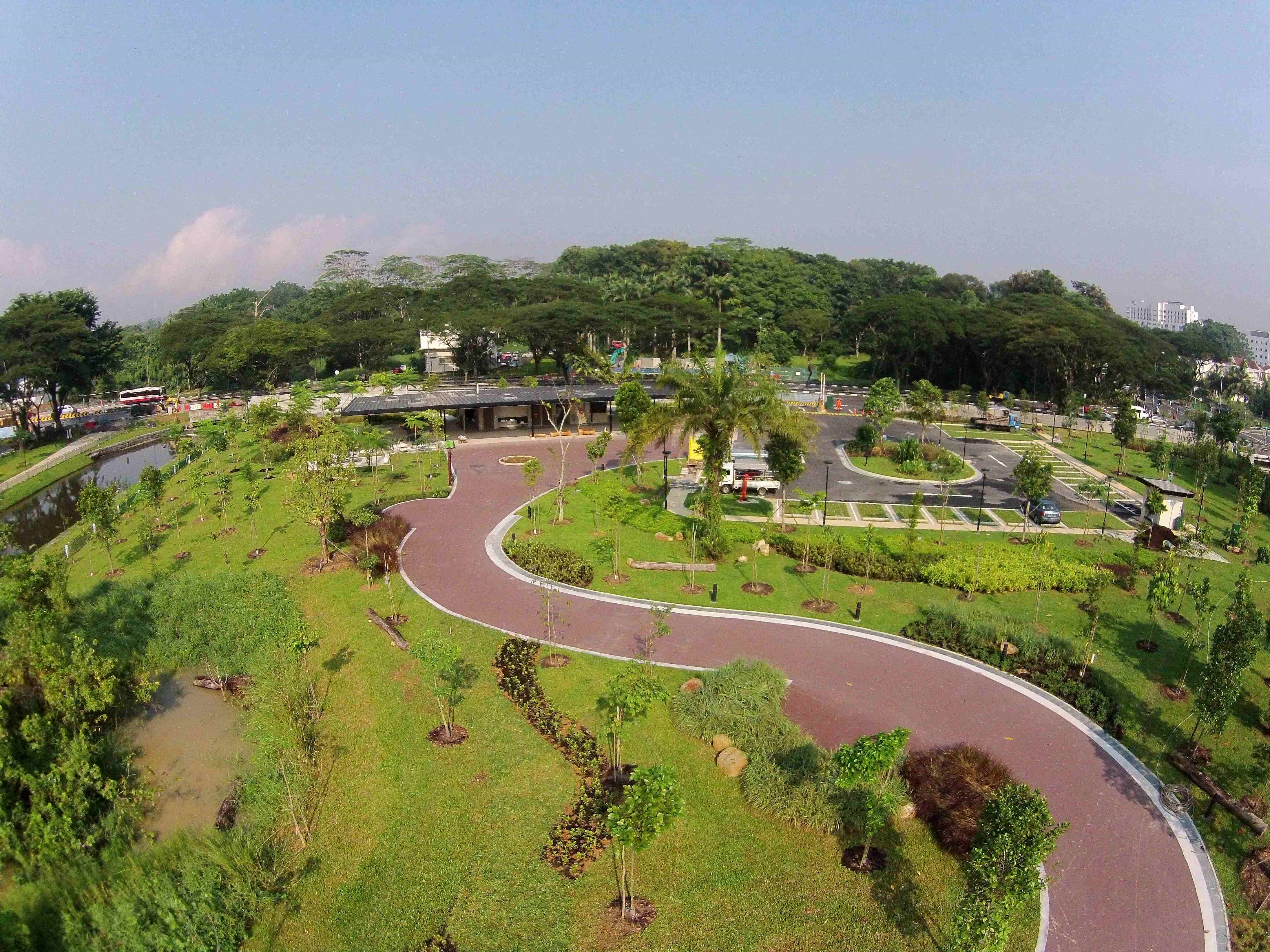 Over 80 species of resident and migratory birds call this park their home. To make birdwatching easier for visitors, the park is equipped with an elevated observation deck. Keep a look out for the White-throated Kingfisher (Halcyon smyrnensis), Blue-tailed Bee eater (Merops philippinus) and Long-tailed Parakeet (Psittacula longicauda). The park was formerly part of the Chan Chu Kang kampung, named after its then headman, Chan Ah Lak, who acquired the land near Seletar River to cultivate pepper and gambier. It also used to be an oil palm plantation and you can still see some oil palms there.

Interested to learn more about the different kinds of forests that occupy our nature parks and green spaces? Check out our video below to learn five reasons why forests are our friends.