Creatures of the Wetlands

Wetlands are areas of land which are covered by either freshwater or sea water. They include beaches, marshes and mangroves, and play a big role in the environment as they support a large number of different animal species. In addition, they protect the land against floods and storms.

In fact, wetlands are essential to our ecosystem due to their water-filtering properties. Its soil traps pollutants such as heavy metal substances, thus preventing the contamination of water bodies.

Many animals depend on the wetlands for their survival. Trees in the wetlands bear fruits which serve as food sources, while their leaves are nesting places for birds and small creatures. At the same time, the wildlife helps disperse the seeds of the fruits of plants found in the wetlands, helping with their reproduction.

The next time you are exploring the wetlands, keep an eye out for some of these creatures that call this unique habitat home: 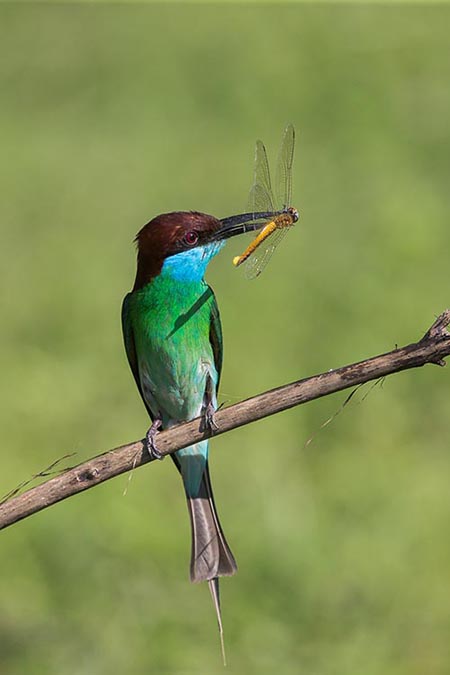 The Blue-throated Bee-eater is insectivorous; it feeds on a wide range of insects such as bees and dragonflies, and occasionally eats small lizards and fishes. When it catches sight of its prey, it swoops down to grab it mid-flight. Smaller, stingless insects are eaten at the wing, while the bird removes the stings on bees by rubbing them on a branch until the stingers come off. 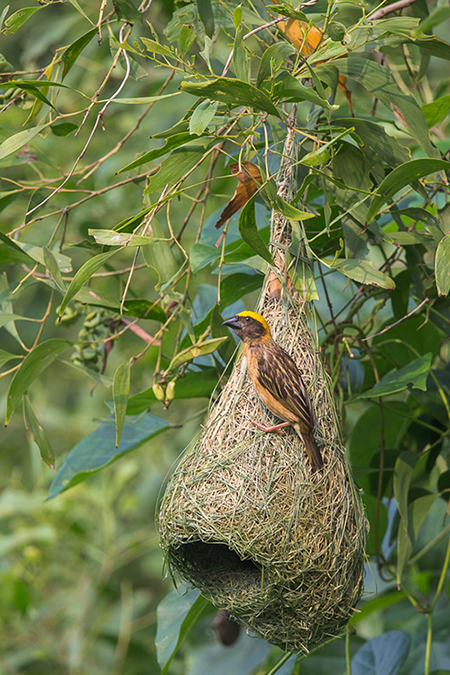 The Baya Weaver is in the same family as sparrows. Often considered a pest by farmers in rice-growing countries, it is known to feed on all types of grass seeds. It constructs beautiful and sturdy nests, hence its name. The nest is thickly woven into a globular shape and hung on the thinner branches of Acacia trees to prevent predators from getting into them. Sungei Buloh Wetland Reserve and Kranji Marshes are some of the places it calls home. 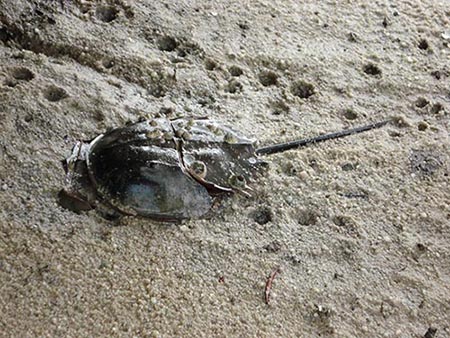 Both species are listed as Vulnerable on the Red List of threatened animals of Singapore as they face habitat destruction from the clearance of mangroves. Fortunately, they are commonly found in intact mangroves, so they should survive as long as mangrove forests are left untouched. 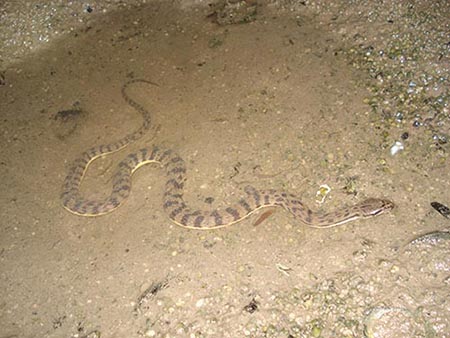 This snake gets its interesting name from its protruding eyes, which is unusual for snakes. The Dog-faced Water Snake is commonly found in mangroves but is seldom spotted as it camouflages into the mud. It is very shy and wary of humans, so it prefers to stay hidden in the day.

It is more active at night where it hunts for food; it is able to swallow its prey like fish larger than its head! The Dog-faced Water Snake is also unique as it gives birth to its young alive instead of laying eggs like other snakes. Look out for this interesting creature in the mangroves at Sungei Buloh Wetland Reserve and Pasir Ris Park. 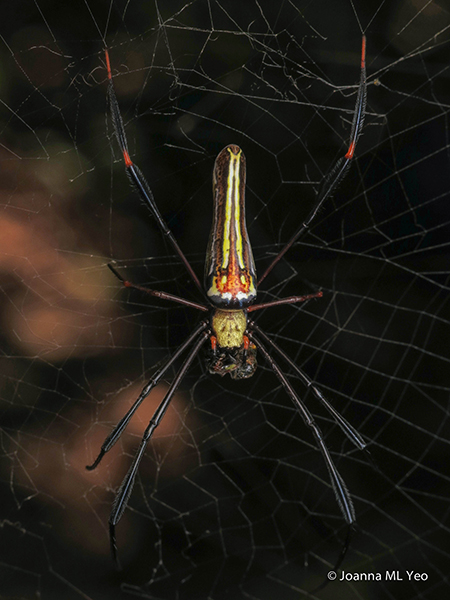 This spider can be frequently seen around Sungei Buloh Wetland Reserve. Females can grow up to 20 cm, while the much-smaller males, grow to about 5 to 6 mm only. It gets its name from its web which appears golden when it reflects sunlight. In a web, the large spider which can be seen from afar is the female. The male, or several males, can be found in the same web near her. 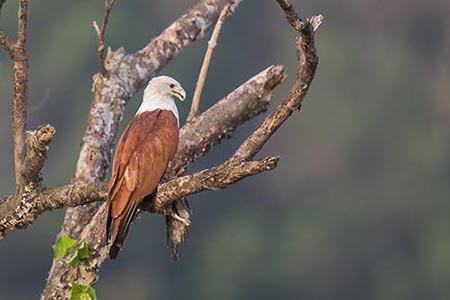 The Brahminy Kite is a medium sized bird of prey, or raptor, measuring from 44 to 52 cm. It lives along the coast, in secondary forests and mangroves as well as mudflat habitats. While it hunts fish, it also feeds on the flesh of dead animals and occasionally steals other birds’ kills. Spot this majestic bird at the Jurong Lake Gardens and offshore Coney Island Park. 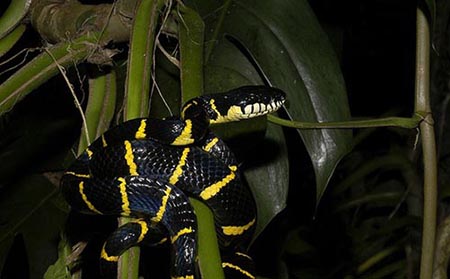 Measuring up to 2.5 m, this striking-looking snake is one of the largest found in Singapore. It lives in the mangroves such as on St John’s Island and is nocturnal, resting on branches in the day and feeding at night. Being adept on both land and in water, it catches prey like frogs, bats and even other snakes found in the mangrove habitat.

Although beautiful, the Gold-ringed Cat Snake is venomous, so please observe it from a safe distance.

Join the Evening Chorus at Kranji Marshes, a guided walk that introduces participants to this unique nature area and species that live in the marsh, woodland and grass habitats. Each walk is limited to 20 participants so as to minimise disturbance to the wildlife. For more information, click here.

Did you know that dragonflies are among one of the most ancient winged insects in the world? Join us at the Keppel Discovery Wetlands of the Singapore Botanic Gardens’ Learning Forest to discover how plants and animals have adapted to this wetland habitat. This tour is suitable for children at the K1 to P6 levels. To register, click here.

Do also visit florafaunaweb.nparks.gov.sg to learn more about Singapore’s biodiversity.

About the writer
Lydia Chan is a final year Mass Communication student of Republic Polytechnic. As part of her school’s internship programme, she worked in NParks' Communications and Community Engagement department for five months. During this time, she created posts for NParks' social media platforms, wrote articles for My Green Space and was involved in the production of the Facebook Live sessions for the launch of the Singapore Botanic Gardens’ Ethnobotany Centre and the Singapore Garden Festival Orchid Show 2018.