The Ethnobotany Garden is the latest addition to the Singapore Botanic Gardens’ themed gardens. Opened on 30 June 2018, it, is the first in Singapore where visitors can learn about more than 200 species of plants used by the indigenous cultures of Southeast Asia. Discover more than 200 species of plants used by the indigenous cultures of Southeast Asia at the Ethobotany Garden.

Plant species around the world have been used in traditional applications such as for medicines, food, ceremonies, in craft, and construction. Ethnobotany is the study of traditional knowledge of plants and how it has shaped cultures of indigenous communities.

The design of the Ethnobotany Garden centres around a waterbody, illustrating how lives of early human settlements revolved around water, and is framed by four zones – living, symbolism, medicinal and craft & construction – which reflect these applications.

The garden includes a Centre for Ethnobotany which complements the outdoor landscape with an interpretive exhibition of artefacts and interactive elements. The two-storey centre is organised according to three themes – Plants Shaping the Region and Beyond; the Cornucopia of the Botanical World; and Preserving Indigenous Knowledge.

As you explore the Ethnobotany Garden, look out for these 10 interesting plants. 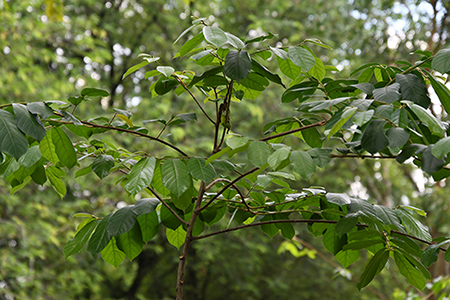 The Ipoh Tree belongs to the Fig family (Moraceae), which yields a milky white sap (latex) when damaged. This latex is traditionally used by indigenous tribes in Southeast Asia as a poison for blowdarts and arrows during hunting. 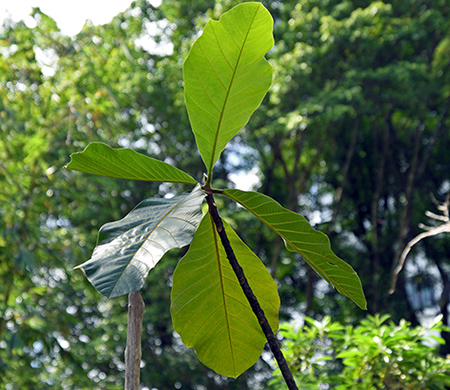 Apart from bearing delicious fruits, the Terap also yields an important fibre which is traditionally worn as bark cloth or used as a canvas for painting by indigenous tribes of Malaya and Borneo. The inner tree bark is scraped off and soaked in water to soften it, before it is hammered to form an expanded piece of fabric.

Traditional Terap vest and paintings done on Terap on display at the Sarawak State Museum. 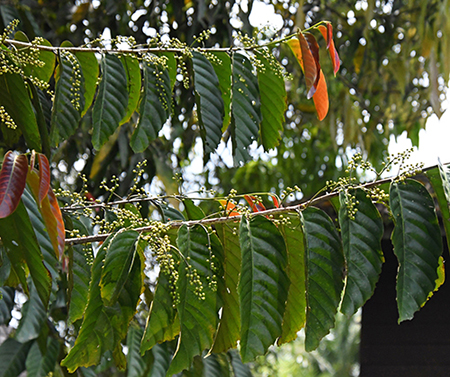 The Belian is one of the most durable trees in the world, resistant to fungi, insect and marine borers, making it a very sought-after timber. Once a very common species in Borneo and widely used by the Dayak tribes to craft everything from blowdarts to baby carriers, it has since been over-exploited and threatened by habitat loss and illegal logging. It is now very rare to find a mature specimen in the wild. A Dayak baby carrier carved from a solid piece of Belian. It weighs over 3 kg and is on display at the Centre for Ethnobotany.

This native tree was traditionally used by locals in the Malay Archipelago to make knife handles, whips and tools. It produces a milky white latex known as gutta percha when damaged, and was famously used for coating submarine cables, fillings as dental cavities, as well as in the production of golf balls and homeware. Singapore was a major exporter of gutta percha in the past. Demand for its latex nearly led to its extinction in the 1880s. 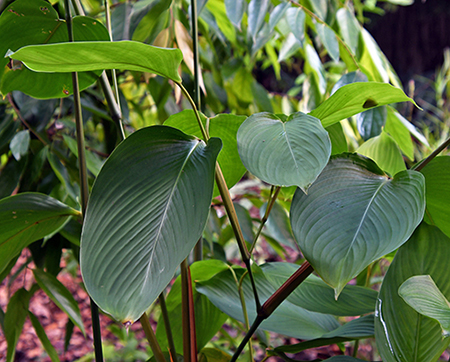 A close relative of the ginger, the Bemban is a herb that grows up to 5 m tall, with cane-like internodes. The stem is a popular material in Southeast Asia, used traditionally for basketry, stitching thatch, fish traps, and even as strings for musical instruments such as the sape. Blowdarts were also traditionally made from the Bemban stem by Bornean tribes. In India, starch can be extracted from the rhizome for making confectionery. 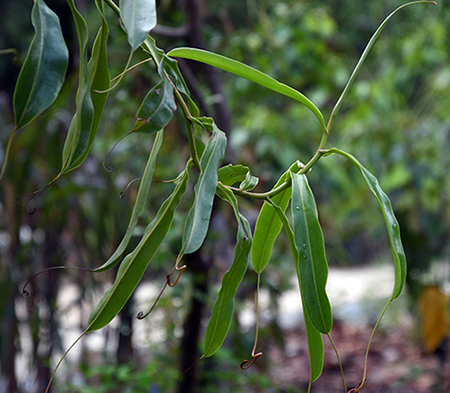 Before raffia string was invented, many indigenous communities relied on natural fibres from plants to use as ropes and cordage. Tropical Pitcher Plants are one such example. Fibres are extracted from the tough leaves of the Pitcher Plant to use as string for tying things. The large pitchers of these plants, such as the Nepenthes ampullaria, also make good takeaway containers for snacks like glutinous rice. 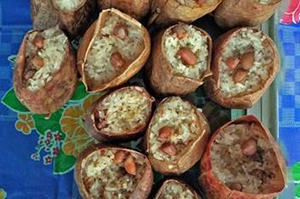 Glutinous rice cooked in pitchers of the Nepenthes ampullaria in Sarawak, a compostable disposable container that is also zero-waste. 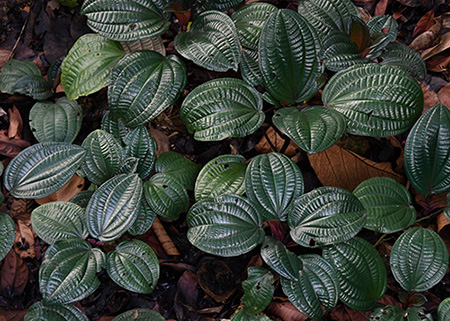 This attractive plant grows in the understorey of the Malaysian rainforests. The stems are red and the leaves are an iridescent blue, making it a much-coveted house plant. In traditional folk medicine, a decoction of the leaves is taken to treat fever. The Jah Hut tribe in Peninsula Malaysia takes a decoction of the root as a blood cleanser post-partum. 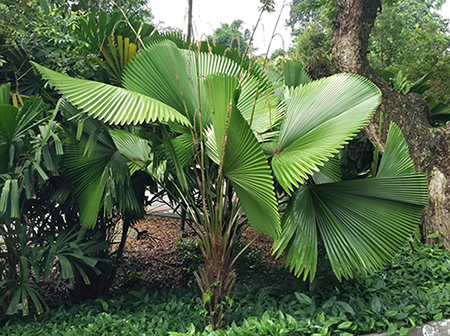 Certain plants are held to be significant for ceremonial reasons, used in the treatment of ailments or to fashion charms to ward off harm and evil spirits. In Peninsula Malaysia, Semang women use the fronds of the Palas to make charm bracelets, while in Borneo, the fronds are made into decorative charms for the Harvest Festival, known locally as Gawai. 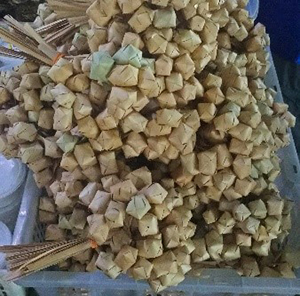 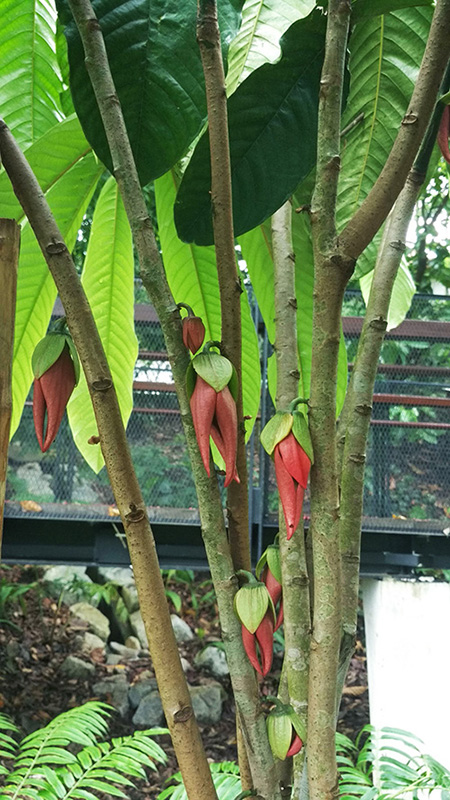 The bark of the Empalis is burnt as incense in Orang Asli healing rituals, as well as used in medicines to treat body pains and skin ailments. Smoke generated from burning of the wood is also known to repel mosquitos and snakes. 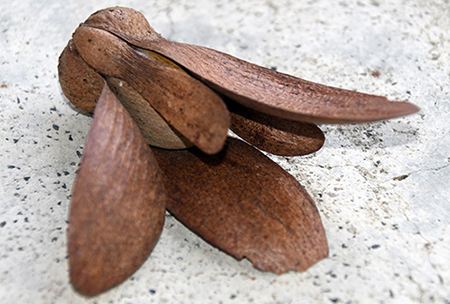 Butter and margarine are some of the common fats used today for cooking. However, there is a lesser-known “local butter” that has been used in traditional cooking in Borneo. Known as illipe, it is a vegetable fat from the oily nuts of the Engkabang. It is said to have a buttery taste and is traditionally cooked with rice. The fat is now commercially used as a substitute for cocoa butter and in skin care products. You can still try this traditional rice cooked with illipe in certain places in Sarawak.

To learn more about such plants, visit the Ethnobotany Garden in the Singapore Botanic Gardens’ Bukit Timah Core and located at an area known as the Economic Garden. This section was previously a space for experimentation with plants that had potential commercial applications, many of which were first derived from traditional uses. 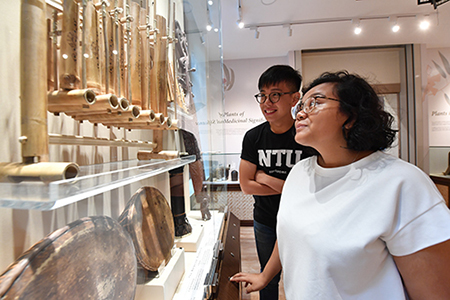 Visit the Cornucopia of the Botanical World themed room at the Centre for Enthobotany to learn about artefacts made by indigenous tribes in Southeast Asia for cultural, medicinal, domestic and symbolic uses.

After exploring the outside, be sure to tour the Centre for Ethnobotany where visitors can go on an immersive experience through its interactive displays, artefacts and information panels. The centre will also manage a research programme for ethnobotany, strengthening the Singapore Botanic Gardens’ position as the premier tropical botanical research institute.

The Ethnobotany Garden is open from 5 am to midnight daily. Please click here to learn about the many other themed gardens you can explore in the Singapore Botanic Gardens.