Bulbuls are medium-sized songbirds in the family Pycnonotidae, found in Asia and Africa. Some of them may be colourful, but many of them have brown plumage. They generally do not show sexual dimorphism, meaning that the males and females look alike, although females can be smaller in size. Some species also have a distinct crest on their heads.

Even if some of them look drab, bulbuls are good songsters, and some of them are very popular as cage birds. Most species are frugivores, but some do also take insects as part of their diet. As they eat a large variety of fruits, bulbuls are seed dispersers to many plant species.

There are 13 species of bulbuls in Singapore, and six of them are regularly seen in our parks and nature reserves. Learn about the differences between these six more commonly seen bulbul species in Singapore. 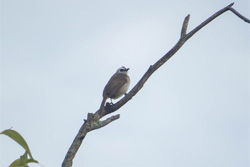 The Yellow-vented Bulbul is a common species found in our green spaces. It is highly adaptable and can be found in a variety of habitats, from coastal scrubland to parkland and urban areas, but not deep forests.

Being a generalist, this species has a very broad foraging spectrum and feeds on a wide variety of plants as well as insects,thus contributing to its ubiquity. This species is identifiable by its black eye mask on a white head, with brown upper parts, pale under parts and a yellow vent. 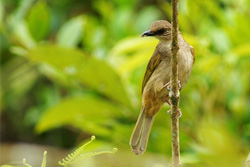 The Olive-winged Bulbul is a common species found in forests, mangroves, and some nature parks in Singapore. It is mostly brown with olive-green wings, red eyes, and white streaks behind the eyes. 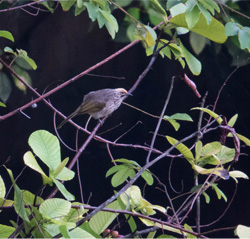 At about 28 cm, the Straw-headed Bulbul is much larger than the other bulbul species (which are about 17 to 20 cm). It is a popular cage bird well-known for its rich melodious song, leading to widespread trapping of the wild bird to meet demand for the market.

This species is extinct in Thailand and most parts of Indonesia, and its population has also declined in Malaysia. Its IUCN (International Union for Conservation of Nature) threat status is Critically Endangered in the latest assessment in August 2018. However, this species is thriving in Singapore, and a study has shown that the population in Pulau Ubin increased by almost 4% per year from 2000 to 2016.

The Straw-headed Bulbul is usually found in woodland close to water. It is identifiable by its size and colouring, being golden-yellow on the head with black streaks on the sides of its mouth, like a moustache. It also has brown and white streaking on body, with a yellow vent. This species is however more easily identified by its call, which is a long, rich, and bubbling melody. 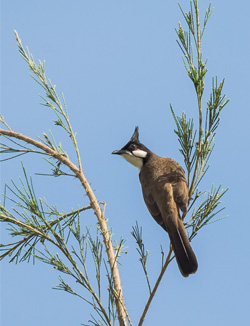 This species can be found in wooded areas and parkland, and is identifiable by its black crest on top of its head, with a red patch behind each eye, which is the reason for its common name. It also has a white throat and under parts, and white patches on its face. The upper parts and tail are brown, and it has a red vent. 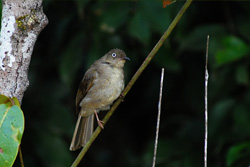 The Cream-vented Bulbul is an uncommon forest species, found only in primary and mature secondary forests. It has brown upper parts and creamy-white under parts. It is identifiable by its prominent white ring around its eyes, making the bird look slightly “shocked”! 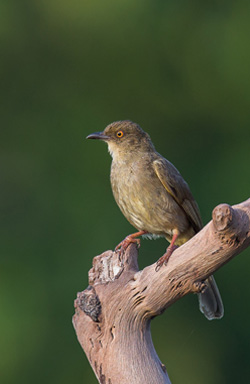 The Asian Red-eyed Bulbul is another uncommon forest species, found in primary and secondary forests. It has brown upper parts and lighter brown under parts. The adults have red irises, while juveniles have brown irises.

Love to bird-watch, or want to learn more on identifying garden birds? Join us for Garden Bird Watch, that runs twice a year as part of the NParks Community in Nature Biodiversity Watch series.