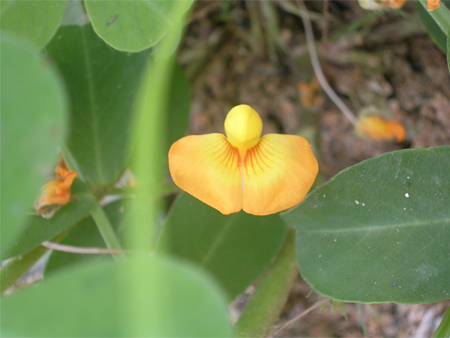 The peanut is a dehiscent legume (dry fruit) from the plant Arachis hypogaea whose flowers and legumes initially form above ground following pollination. As the fruit develops, the flower stalk elongates and forces the young fruit into the ground. The peanut pod matures underground and typically contains two seeds. That is the reason why the peanut grows underground even though its flowers bloom above ground.
High in protein and other essential nutrients, the seed leaves (known as cotyledons) are regularly used in Asian cuisine such as in gado-gado and peanut sauce for satay! Other than consuming it as a snack, the peanut can also be used to make useful products such as peanut soap and biodiesel fuel.