Singapore is home to over 400 different species of birds, and they come in all shapes, sizes and colours.

But while birds like the Pink-necked Green Pigeon or the Collared Kingfisher are more striking and hence easier to identify, what about the less colourful birds that share the environment with us? Let’s look at seven commonly seen brown birds in Singapore and learn how you can identify them! 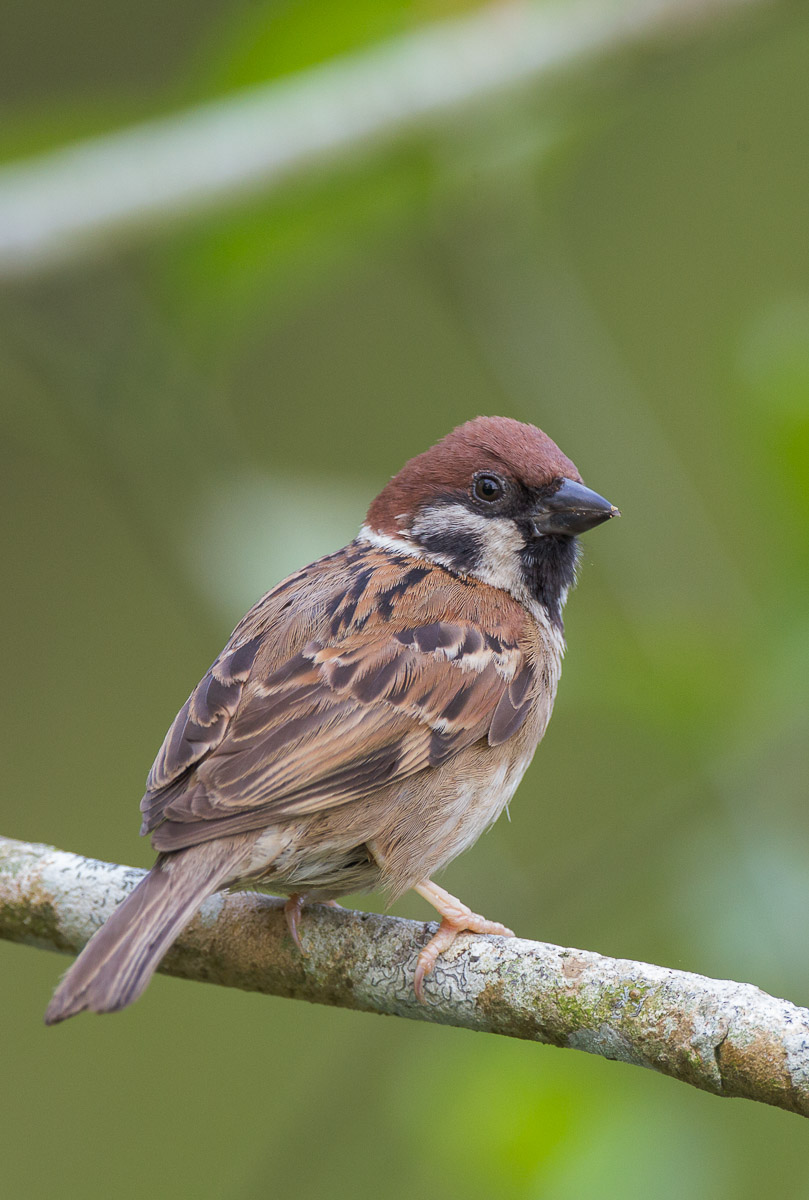 The Eurasian Tree Sparrow (Passer montanus) is a hardy small bird that feeds on grains, seeds and a diverse range of invertebrates like spiders, ticks and mites. It is easily identified by its chestnut crown, black face mask, cheek patch and chin, as well as white neck and generally brown upperparts streaked black and buffy underparts.

You can see it foraging on the ground, in the bushes or in grass patches, often near human dwellings where it nests in the eaves of buildings. It usually forages singly, or in small groups but you may also spot these sparrows in large flocks after their breeding season. The Brown Shrike (Lanius cristatus) is very recognisable from its ‘bandit mask’ which is a black stripe that covers its eyes. This bird has mainly brown upperparts and a creamy underside. The females of this species also usually have a fine scalloping on their underside and their ‘mask’ tends to be more brownish.

Measuring about 20 cm, this common migratory bird is usually seen in Singapore during the winter months perching on fence posts and branches of trees in parks and grasslands. It feeds on insects and rats, impaling its prey on the thorns of plants like meat on a stick before feeding. The Savanna Nightjar (Caprimulgus affinis) is a nocturnal bird with big eyes. It has brownish grey upperparts which are irregularly interspersed with pale brown specks and brown underparts with many fine bars. It often hunts for flying insects at night and can be spotted sleeping on the ground in the day.

Its feathers provide amazing camouflage among leaf litter, keeping it hidden and safe from predators as it roosts. As this bird lay eggs directly on the ground, do watch your step if you are travelling across an open grassland. The Common Tailorbird (Orthotomus sutorius) is a small bird of about 10 to 13 cm in height. It has olive brown upperparts and wings with a reddish-brown patch on its head right in between its eyes and beak. The males in breeding plumage have elongated tails and a dark patch on their necks.

A common garden bird, it often feeds on insects and can be found in dense shrubbery. It has a unique habit of weaving and sewing the edges of two large leaves together to create its nest using plant fibre or spider silk, thus its name. A member of the cuckoo family, the Asian Koel (Eudynamus scolopacea) is a large bird of about 44 cm in height with red eyes and a pale beak. You may recognise its very loud call throughout the day which sounds like “ko-el”, the reason behind its name. The males of this species are black but the females are brown. The females have dark brown upperparts, and light brown underparts, and are covered in white and reddish-brown spots and streaks.

The Asian Koel is an omnivore. It lay eggs in the nests of other birds, and these unsuspecting birds become ‘foster parents’ that help raise its offspring. In Singapore, Asian Koels often do this to House Crows. The chicks of the Asian Koels will then hatch and force the crow chicks out of the nest, serving as a natural control for the crow population here. The Brown-Throated Sunbird (Anthreptes malacensis) is relatively large for a sunbird as it can grow up to 14 cm in height. The males of this species have a brown throat, metallic green head and neck, a lemon-yellow belly and purple wings. The females on the other hand are a dull olive in colour but are often mistaken for being brown.

This sunbird mainly feeds on nectar, but occasionally also feeds on invertebrates like spiders. Its pouch-shaped nest is usually suspended from tree branches using leaves, grass and spiders’ web. 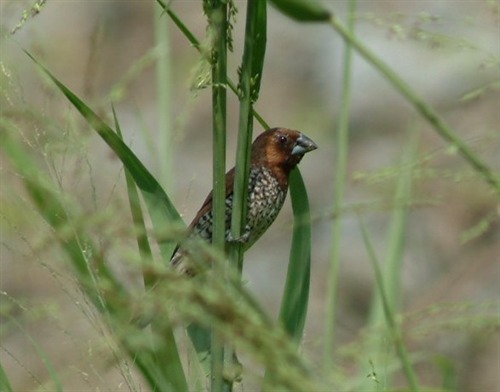 The Scaly-breasted Munia (Lonchura punctulata) has a very distinctive chestnut brown head and scaly markings on its breast and belly, hence its name. It feeds on grass seeds, berries and tiny insects and has a relatively soft call which resembles a whistle.

Often found in flocks of over 100, this social creature sometimes even travels with other munia species. You can spot this bird in many different tropical plains, grasslands and urban parks in Singapore like Kranji Marshes and Tampines Eco Green.

A Balanced Ecosystem
Singapore is home to a large variety of animal and plant species, which can be found in their natural habitats.  Be it dry land tropical rainforests, mangroves or coral ecosystems, there is a rich biodiversity to be found in our City in Nature.

You can help to keep the ecosystems in balance and interact responsibly with nature by:

- Keeping food and plastic bags out of sight from wildlife

- Observing wildlife from a safe distance

- Take only photo memories and leave the flora and fauna be

How well do you know the commonly misidentified black birds in Singapore? Find out here.

Want to learn more on identifying garden birds? Learn more about our local common birds from the comfort of your home through our interactive e-learning module, accessible via Internet Explorer or Mozilla Firefox browser.

To ensure the well-being of our biodiversity, visitors to our nature parks and reserves should adhere strictly to the opening hours of 7 am to 7 pm. Disturbances to the nocturnal animals’ activities could mean disruptions to their natural behaviour, which can include them venturing outside the nature parks and reserves. This will endanger both their own safety and that of the general public.

Learn how to enjoy nature responsibly by observing some simple practices. In addition to the wildlife in Singapore, learn more about our Urban Biodiversity.