Wandering through the expansive grounds of the Gallop extension of the Singapore Botanic Gardens’ Learning Forest, you could be forgiven for mistaking it for a country estate in rural England. Yet, this was very likely what the original land owners set out to accomplish when they first laid out the grounds and built the houses at 5 and 7 Gallop Road, more than a century ago.

You can ‘travel’ to England without leaving Singapore. The architect of the house at 5 Gallop Road adopted the style of the English Landscape movement, recreating a home away from home for the original British owner of the property.

Perhaps they were homesick for their native soil or perhaps they were inspired by Lawrence Niven’s masterful design of the fledgling botanic gardens next door – for whatever reason, both John Burkinshaw and Charles MacArthur decided that their properties should adopt the style of the English Landscape movement.

The names they gave the houses were even reminiscent of their homeland – 5 Gallop Road was named Atbara after a river in the Sudan where the British won a historic battle the year the house was completed, while Inverturret (7 Gallop Road) evokes the rivers and streams of the Scottish highlands. 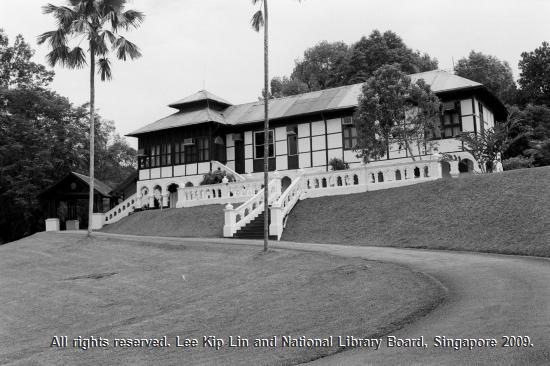 Atbara at 5 Gallop Road, was built in 1898 and was named after a river in the Sudan. (Photo credit: Lee Kip Lin and National Library Board)


Still, when it came to the architecture of the houses, the builders sensibly left nostalgia at home. The architect, Regent Alfred John Bidwell, adapted the Victorian house to our local climate, creating the black and white bungalow.

Atbara, built in 1898, is the earliest known example of this uniquely Singaporean invention, while Inverturret, built just four years later, features many successful adaptations as well, such as rooms positioned to minimise heating by the sun and the use of natural breezes to ventilate the buildings. Bidwell also designed many other iconic Singapore buildings, such as the Raffles Hotel, the Victoria Memorial Hall and the Teutonia Club (now the Goodwood Park Hotel). 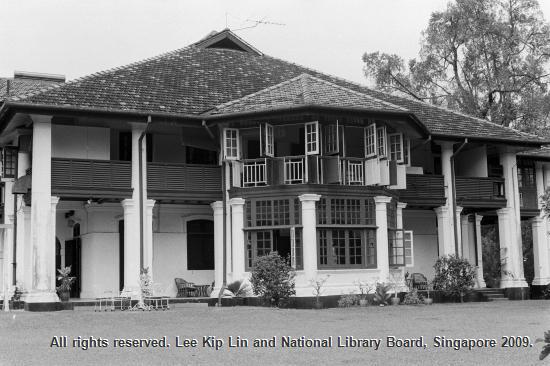 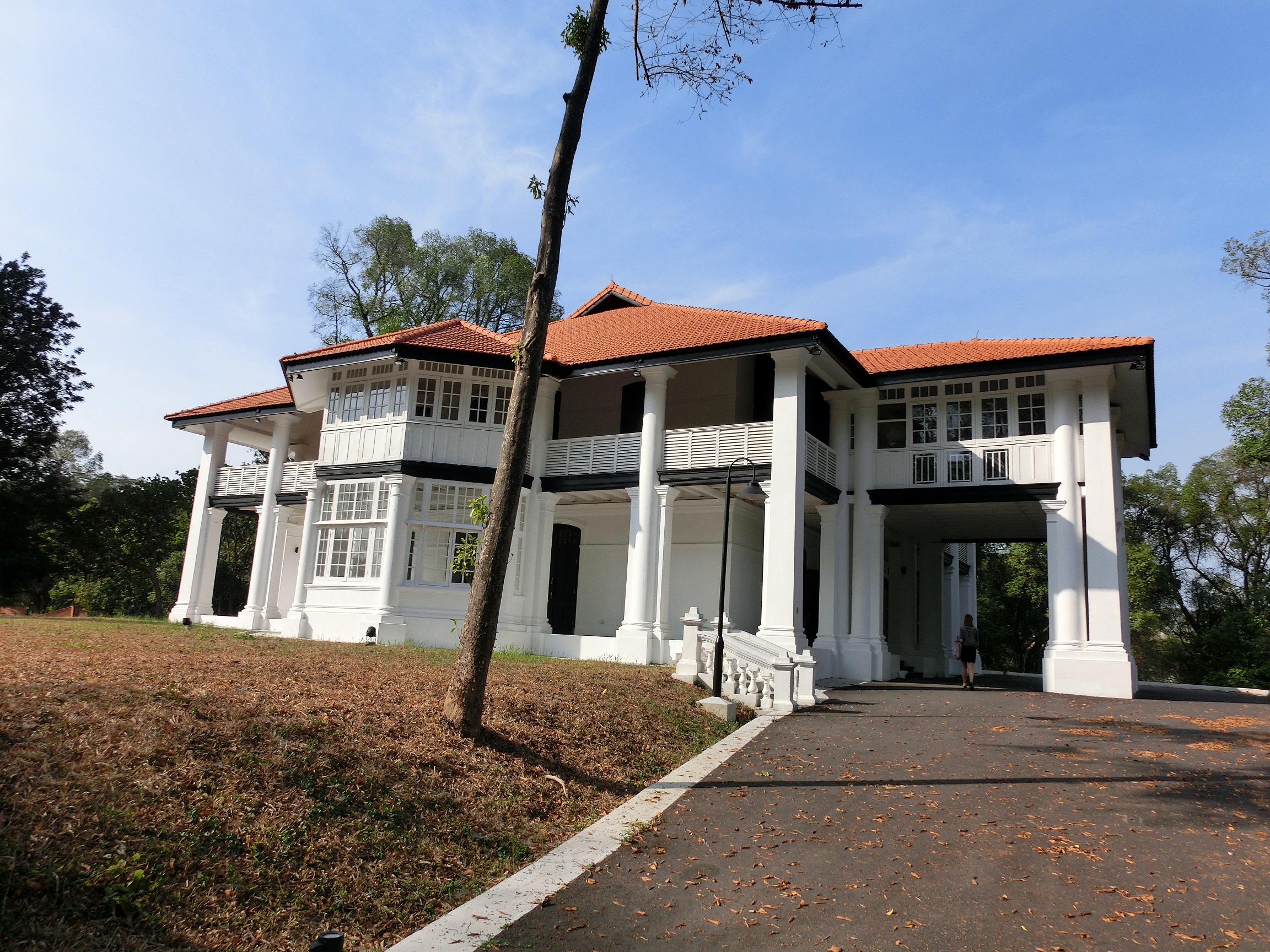 Then and now: Early residents of Inverturret at 7 Gallop Road enjoyed natural breezes thanks to the house’s unique design.

John Burkinshaw, the original owner of 5 Gallop Road, was a founding partner of one of Singapore’s oldest law firms and Charles MacArthur, who first owned 7 Gallop Road, was the chairman of the Straits Trading Company. Over the years, the houses have passed through the hands of many other owners, including a Commander-in-Chief of the British Empire’s Far East Air Force. From 1939 to 1999, 5 and 7 Gallop Road housed the French embassy and the French ambassador’s residence respectively.

Come 2018, NParks will open a new chapter in the history of the houses and the land that they sit on. The Gallop Arboretum will be home to the Singapore Botanic Gardens’ collection of rare and endangered trees from around the region. Most notable among these are the Dipterocarps, which are the iconic tree species of Southeast Asia’s forests.

5 Gallop Road will serve as the Forest Conservation Interpretive Centre, a place for visitors to learn more about the complex ecology and rich biodiversity they have experienced first-hand in the nearby Arboretum and Walk of Giants. Visitors will also learn about the Gardens’ historic role in establishing our nation's forest reserves, the on-going work to study and protect them and how all citizens can play a part in their conservation. 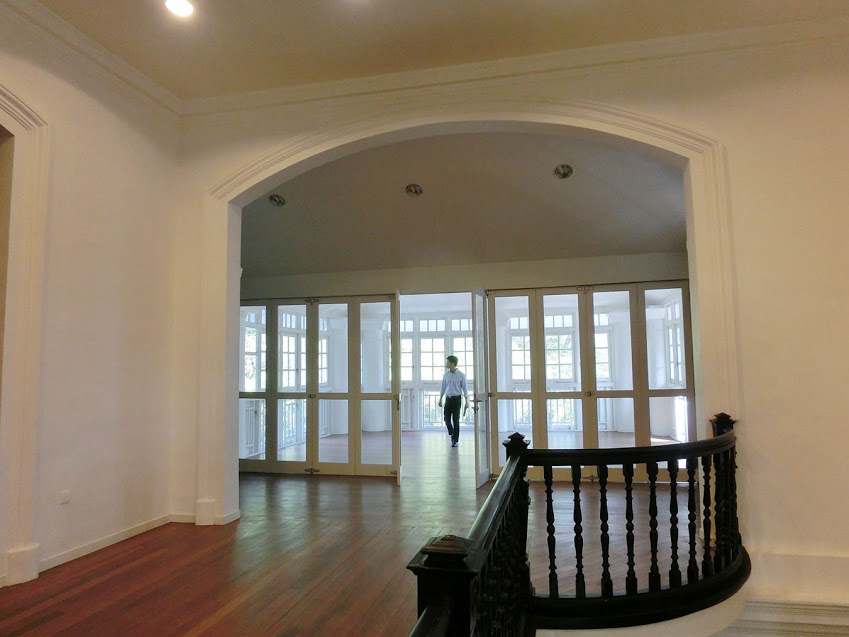 In 2018, Inverturret (at 7 Gallop Road) will be opened to the public as a Natural History Art Gallery, featuring unique botanical illustrations, art pieces and artefacts from the Singapore Botanic Gardens.

And just next door, the Natural History Art Gallery at 7 Gallop Road will give visitors an opportunity to admire carefully curated exhibitions of the Gardens’ collection of over 2,000 botanical illustrations, as well as art pieces on loan from other galleries, museums and botanical institutions. Unique artefacts from the Gardens’ archives will also be on display, such as a 16th century book of medicinal plants donated by the British Museum and a set of engravings of tropical plants made in Singapore by the Japanese during World War II.

Once the exclusive property of wealthy colonialists and foreign dignitaries, 5 and 7 Gallop Road will soon be open for the public to enjoy. Hopefully, visitors to the Singapore Botanic Gardens can come to know, and fall in love with, these historic buildings and their beautifully landscaped grounds as the latest addition to Singapore’s first and only World Heritage Site.