We want your views on the proposed Round Island Route and Destination Parks!

City in a Garden Roadshows 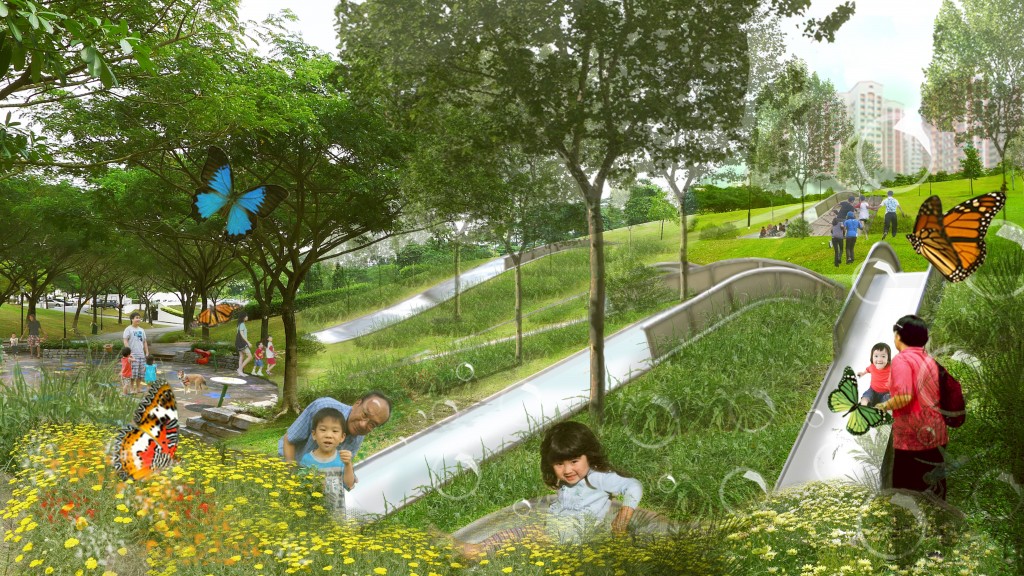 Since the National Parks Board started its public engagement for the City in a Garden exercise in August 2011, many members of the public have raised the idea of having a green corridor that would run round Singapore. Thus, the Round Island Route was announced in late February 2012. Covering much of the coast, the 150km-long RIR promises to connect nature, historical, cultural and recreational sites, linking communities together. Similarly, the idea of Destination Parks is to create distinctive regional parks that will bring people together for recreation and enjoyment. Some of the park features suggested were from the 4,000 ideas gathered at the City in a Garden public engagement exercise that started in August 2011. Currently, three parks from regions in the north, east and west - Admiralty Park, East Coast Park and Jurong Lake Park, have been identified for redevelopment as Destination Parks. These parks will have recreational elements not usually found in public parks. Starting from March 2012, NParks has been going on the road to seek the views of the public on what features they wish to see along the Round Island Route. Now, we would also like the public to share what features they would like to have at each of the Destination Park. So, look out for the roadshows on the following dates: 14 and 15 April (Sat and Sun), 11am to 7pm HDB Hub, Level 1, Mall area 21 to 22 April (Sat and Sun), 11am to 7pm Downtown East, Level 1, the Alley 28 to 29 April (Sat and Sun), 11am to 7pm Jurong Point, walkway from Boon Lay MRT station to Jurong Point Mall entrance 1 May to 30 June (Tue to Sun), 11am to 7pm HortPark Alternatively, you can submit your ideas online. We would love to hear your views.