Despite its small size, Singapore is home to a surprising variety of flora and fauna. Many of these plants and animals have small populations that are restricted to our remaining nature reserves and green spaces, making them vulnerable to a range of threats.

In this article, we feature five invasive alien animals which are thriving in Singapore and pose a threat to our native flora and fauna.

Red-eared Slider (Trachemys scripta elegans)
The Red-eared Slider, which is native to North America, is the most popular turtle in the pet trade and also one of the “World’s 100 Worst Invasive Alien Species”. These turtles are often purchased as juveniles and discarded by pet owners once they mature. Their omnivorous diet and ability to survive in a wide range of freshwater habitats make them a significant threat to our native aquatic biodiversity. 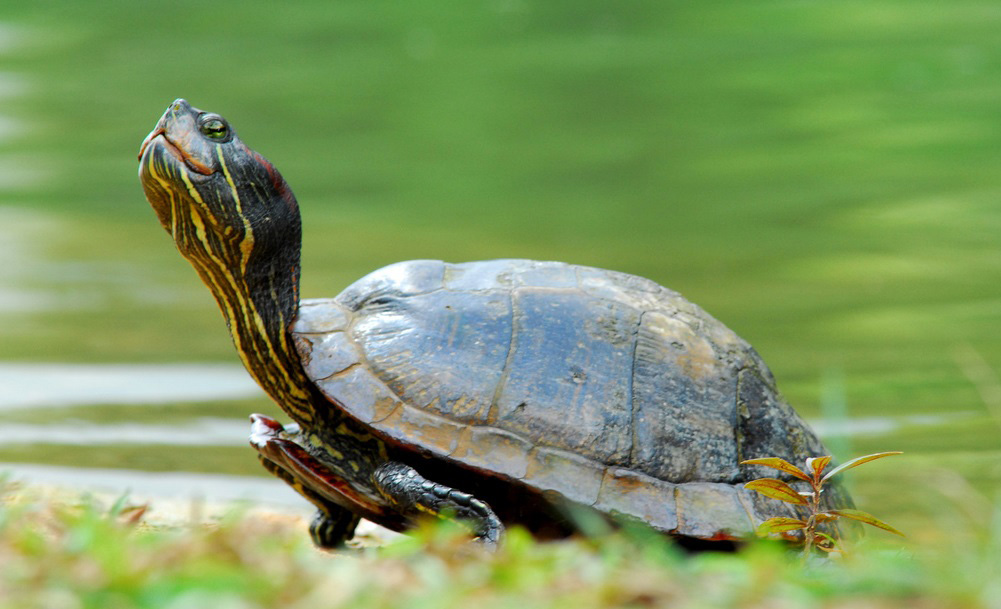 American Bullfrog (Lithobates catesbeianus)
This species, which is also native to North America, is imported into Singapore in large numbers for human consumption as well as the aquarium trade. Many escape or are deliberately released into our freshwater ecosystems. They are voracious carnivores that consume anything that can fit in their mouth. The American Bullfrog is a voracious consumer of aquatic fauna.

Javan Myna (Acridotheres javanicus)
First introduced to Singapore in the 1920s via the caged bird trade, it has become Singapore’s most abundant bird. It occurs throughout Singapore and consumes a wide variety of food ranging from food scraps to small reptiles and insects. This adaptability, combined with its aggressive temperament, has allowed it to out-compete native birds such as the Oriental Magpie-Robin (Copsychus saularis), a formerly common urban bird that is now nationally threatened. 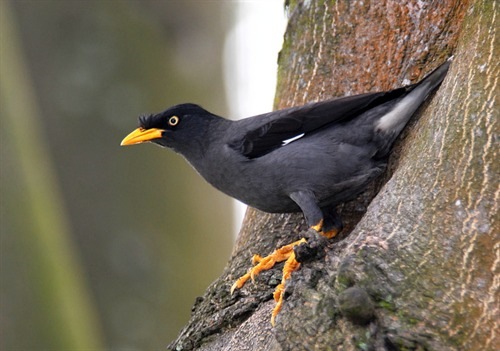 The introduced Javan Myna is Singapore's most abundant bird.

White-crested Laughingthrush (Garrulax leucolophus)
Another species introduced as a result of the caged bird trade, this bird has adapted well to our green spaces and is now common and widespread throughout Singapore’s woodlands. The gradual spread of this species into our nature reserves spells trouble for Singapore’s forest birds, as the Laughingthrush’s large size (28 cm compared to native babblers which are only around 15 cm) and omnivorous diet allow it to compete aggressively for a wide range of resources. The gregarious White-crested Laughingthrush has recently been observed in our nature reserves.

Variable Squirrel (Callosciurus finlaysonii)
Originating from Indochina, this species is now locally abundant in Singapore as a result of escapees from the exotic pet trade. This species is known to strip bark from trees, adversely affecting their health, particularly younger saplings. Being 10% larger than the native Plantain Squirrel, this species is able to compete more aggressively for resources. Beside that, it is a known host of parasitic flatworms, which can also be transmitted to Singapore’s native mammals. 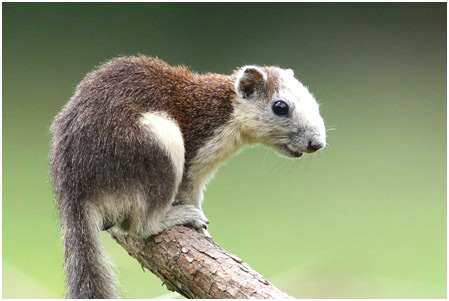 The Variable Squirrel was introduced to Singapore via the exotic pet trade.