For 2010, the International Year of Biodiversity, My Green Space will feature different perspectives on local biodiversity.This article is part of a year-long series.

Visitors to the Singapore Botanic Gardens have recently been puzzled to see groups of photographers, sometimes more than 20 together, apparently taking photos of nothing at all. They cluster behind their tripods, with an air of suppressed excitement. Their gigantic lenses are pointed into the dark areas under the shrubs of the Ginger Garden.

And then, suddenly, the air is filled with the popping of flashguns.

If you are a jogger, dog-walker or passerby, you may not have noticed that some of Southeast Asia’s most spectacular birds have taken up residence under the bushes.  These migrants that arrive each year to escape the northern winter are highly interesting subjects to photographers. And in the winter of 2009 - 2010, the arrivals have been especially outstanding.

A Blue-winged Pitta, perhaps from Thailand, Cambodia or Vietnam, spent several weeks in the dense vegetation near the NParks Headquarters building.  Although this area is only a few metres from parking cars and banging car doors, the bird is well hidden and protected by the heavy foliage of shrubs at the edge of the car park. This common winter visitor likes to forage for insects under the dry leaf litter beneath the straight-trunked trees.

This year has also seen a young Malayan Night-heron, a Dark-sided Flycatcher, and an Orange-headed Thrush.  The Malayan Night-heron is active both by day and by night. It arrived in early December and has been seen at various places in the Gardens. The feathers are beautifully and intricately patterned, not with bright colours but with a lace-like tracery of brown, buff, black and white. When it is startled into opening its wings, you can see the magnificent array of spots and stripes that are normally hidden. It is fascinating to watch this young bird hunting for insects, swaying gently from side to side in an effort to confuse its prey.

Besides these migrant birds, there are also some special local residents in the Gardens, such as Red-legged Crakes. They can be seen, sometimes accompanied by their fluffy black chicks, feeding on the ground close to people and even undisturbed by dogs. It is astonishing to see them so easily and so close, as they are really hard to spot elsewhere in Southeast Asia.

What’s so special about the Gardens that these birds continue to come here, despite the many disturbances?  For one, people in the Gardens keep strictly to the paths. The birds probably learn very quickly that they will never be disturbed if they keep within the vegetation.

Secondly, the structure of the vegetation in the Ginger Garden and around the Visitor Centre seems particularly well suited to ground-feeding birds like the Pitta, the Malayan Night-heron and the Orange-headed Thrush. They like the even, continuous layer of dead leaves and chippings of tree-bark, underneath a heavy ceiling of shrubs which provide them with sheltered green connectors as they hop from point to point.

The same kinds of birds also occur in our nature reserves and other wild areas, but can be harder to spot in those secluded regions.  Meanwhile, the chance of a bird being spotted in the Botanic Gardens is much greater, given that more than 3 million visitors visit the Gardens every year!

And once such a charming, winged rarity has been spotted, the news travels fast. Especially amongst those photographers who are keen to get the best shots ever. For best results, do be careful not to disturb or startle the birds. If you would like to know more about nature photography, you can get in touch with the Nature Photographic Society (Singapore) through theirwebsite or via email (npss@npss.org.sg). 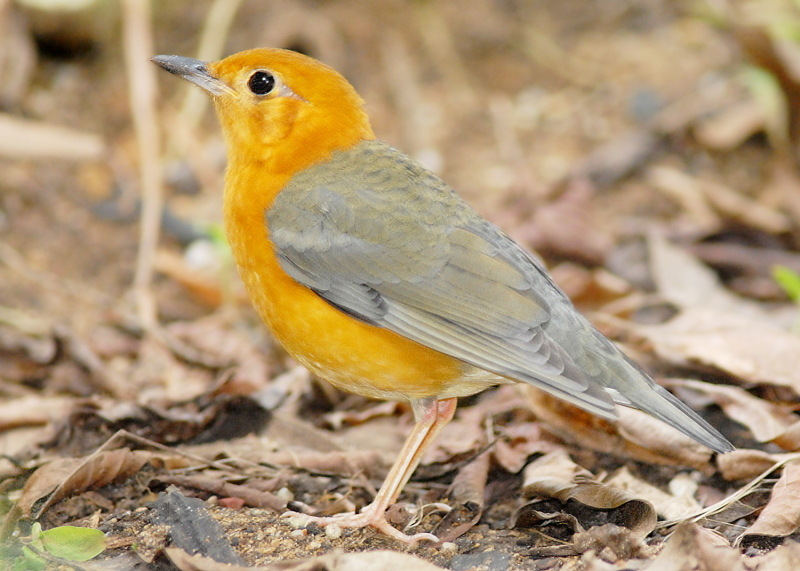 Orange-headed Thrushes differ in their face pattern, depending on where they originate. This bird was photographed in the gardens in December. It has a very plain face, without markings, suggesting it is probably from the population known from western Thailand, and the adjacent parts of southern and eastern Myanmar. 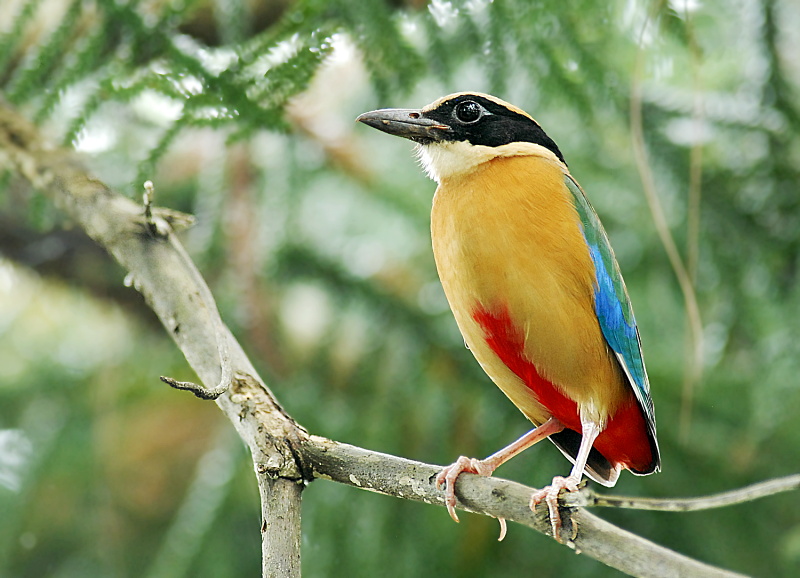 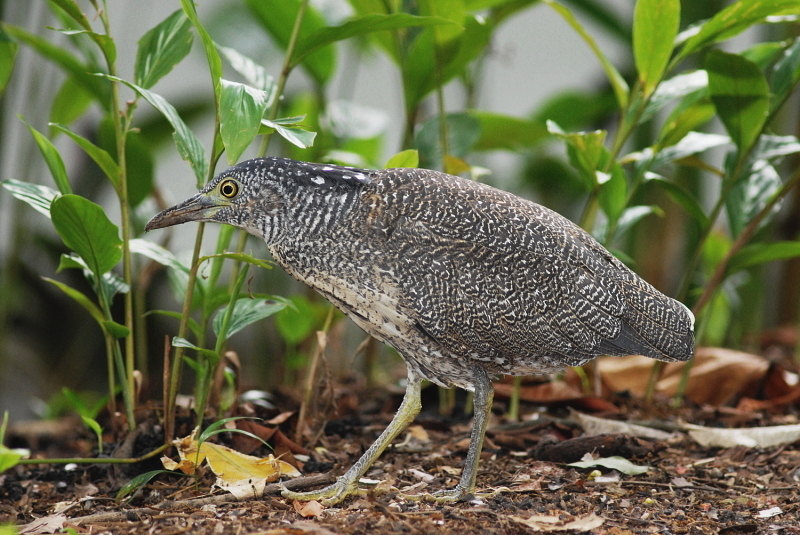 The Red-legged Crakes at the Singapore Botanic Gardens are bold enough to feed on the ground close to people, even while accompanied by their fluffy black chicks. 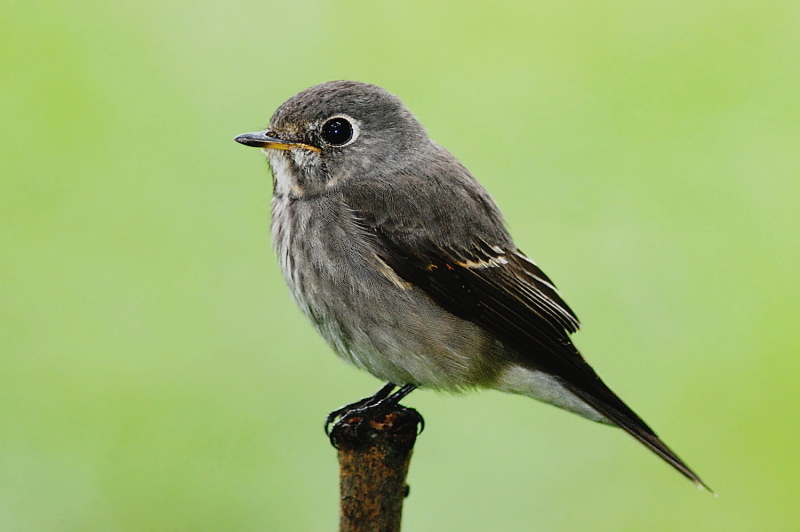 This Dark-sided Flycatcher, an uncommon visitor to Singapore. 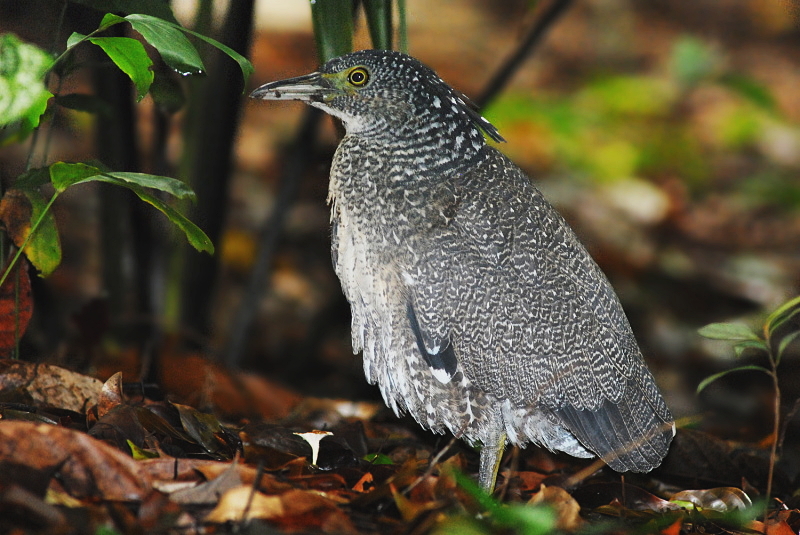 The Malayan Night-heron has been sighted by day and by night at several places in the Botanic Gardens - near the Visitor Centre, in the National Orchid Garden, and close to Tanglin Core.

will definitely look out for these birds the next time i'm at the gardens!

Wah, go Botanic Gardens so many times, but never spot such birds leh. Must be more observant next time...