Keeping It Local: Native Ornamental Plants for Your Outdoor Garden

In the previous issue of My Green Space, we introduced a selection of sun-loving flowering species in this article. If you lack a gardening area with full sun, do not despair – here, we introduced a range of native species that are good for shady outdoor areas. These plants are also suitable for high-rise dwellers with a partially shaded balcony.

Before we go on to the plants, here are general guidelines on how you can determine the extent of sun exposure:

Semi-shade – Between three and six hours of direct sunlight, preferably in the morning or early afternoon

Full shade – Less than three hours of direct sunlight, with filtered sunlight during the rest of the day.

Do note that “full shade” does not mean no sunlight at all, as all plants need some sunlight to survive. Thus, while the following plants would grow in semi- to full shade, do not keep them indoors without direct sunlight.

Found growing naturally in the deep shade of forests, the White Bat Lily is an ideal indoor houseplant as it can be grown in semi- to full shade conditions. It is grown for its ornamental leaves, but even more so for its rather spectacular blackish-purple infloresences with large white bracts.

The underground storage organ, known as a rhizome, is used in traditional Chinese medicine to treat conditions including gastric ulcers, burns and high blood pressure. It can also be made into a paste to treat skin rash and wounds.

The White Bat Lily requires lots of water and thrives in semi- to full shade. It does not grow well in windy areas or dry conditions under full sun.

The Malayan Ixora has been described as “the most conspicuous of our wild Ixoras” by Professor EJH Corner, the prominent English botanist who was Assistant Director of the Singapore Botanic Gardens from 1929 to 1945. The Malayan Ixora produces attractive large fragrant blooms of yellow to orange flowers seasonally. When unopened, the flowers resemble needles, hence its other common name “jarum-jarum” which means “needles” in Malay. The flowers eventually develop into red-black fruits. The Malayan Ixora is a host plant to The Knight butterfly (Lebadea martha parkeri) and also a butterfly nectar plant.

While most ixoras require lots of sunlight, the Malayan Ixora grows well in semi-shade, and requires only moderate watering. It may thus be grown where there are at least 3 to 6 hours of direct sunlight daily. 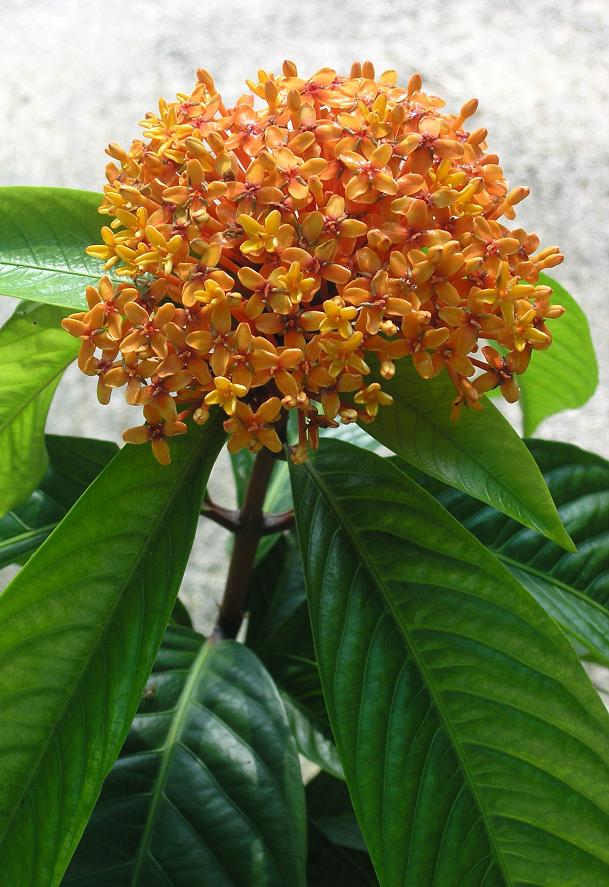 The Satin Creeper, as its name suggests, is a small herbaceous creeper naturally found on the shady forest floor and on moist rocks. Incidentally, “repens” means spreading or creeping, a reference to the plant’s growth form.

It is ideal as a ground cover or when allowed to creep over rocks, adding interest to the landscape by mimicking the plant’s natural environment. The Satin Creeper grows best in moist well-drained soils; do not over water the plant, as it is prone to rot under waterlogged conditions.

The attractive leaves of the Satin Creeper, with colours varying from grey-green to brownish-green to purplish brown and with a satiny sheen, makes a pretty sight when hung from planting baskets.  The plant can also be grown in terrariums as it enjoys high humidity.

Cultivate the Satin creeper in semi-shade, preferably not in dry air-conditioned or windy locations and water it moderately. Photos of: Another plant species that is favoured for its ornamental heart-shaped leaves that are a glossy dark green colour, the Wild Pepper is a relative of the Black Pepper Plant (Piper nigrum), from which we get peppercorns. A distinct characteristic of the Wild Pepper is the peppery scent emitted when its leaves are crushed.

A sprawling herbaceous shrub, it grows close to the ground, spreading via long thin stems known as “runners”. Although it is able to spread quickly, simply prune the plant to prevent it from becoming invasive. It is also ideal for covering bare soil under trees as it needs only partial shade conditions and can grow under the shade of trees.

While the Wild Pepper is also used as for culinary purposes, it is not the seed that is used. Instead, its leaves are added to nasi ulam (a Malay and Indonesian rice dish consisting of rice and vegetables) and used to wrap otak-otak (spicy fish paste). In addition, Wild Pepper flowers are known to be used as a spice.

The Wild Pepper is best grown in partial shade and soil that is kept moist. 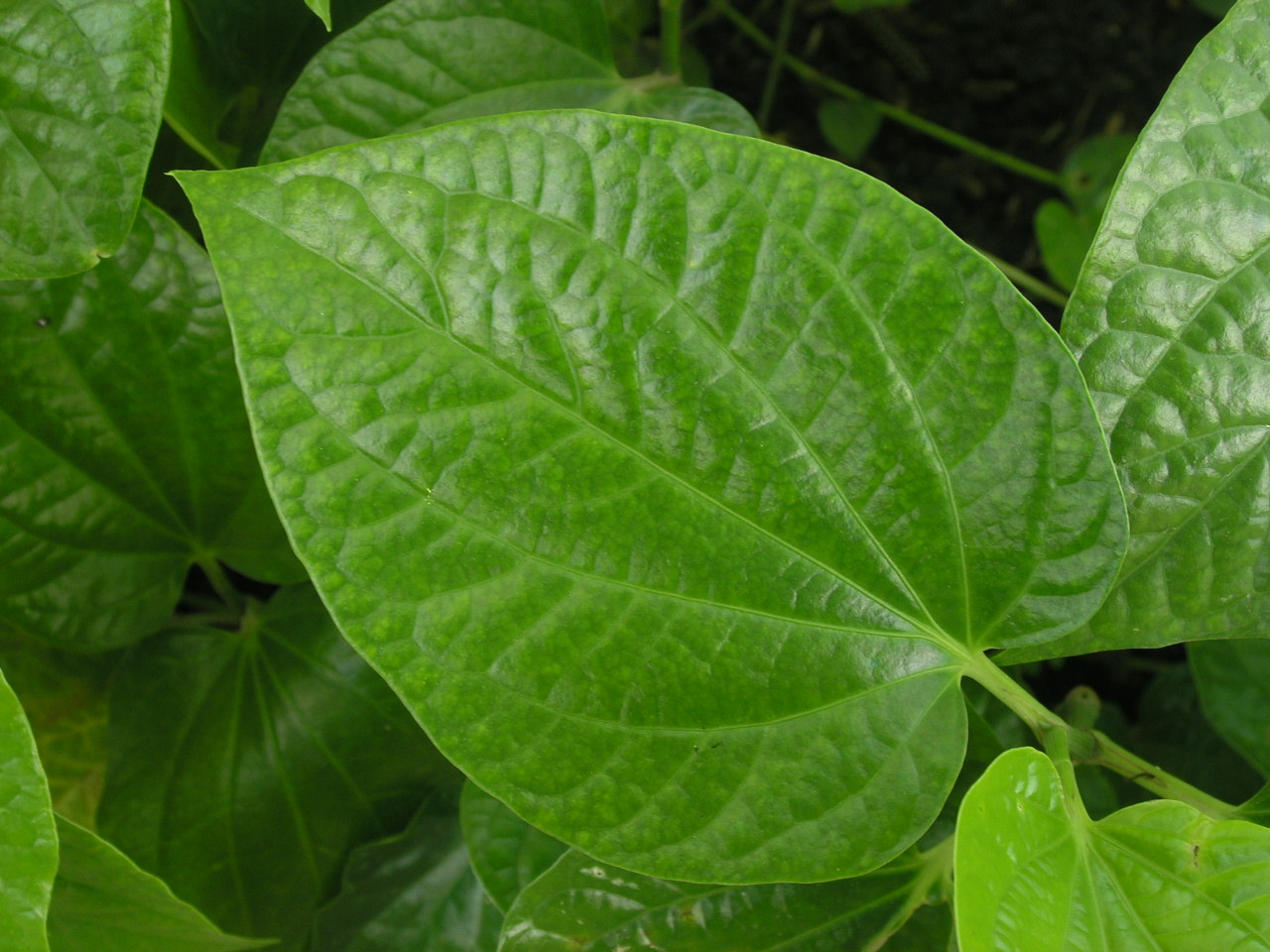 The common name of this palm “pinang burung” translates as “bird nut”, possibly due to its fruits being dispersed by birds. The Pinang Burung is a solitary single-trunk palm that is typically 1-2 m tall, sometimes reaching up to 5 m in height.  Each frond of this palm has two to nine lobes and can be described as being “pinnate” or “feather-like”, which could be another reason attributing to its common name. The young frond of the Pinang Burung is an attractive reddish-brown.  Hence, the palm is cultivated for its ornamental leaves.

The natural habitat of the Pinang Burung is in the undergrowth of lowland forests, under the thick canopy of trees. Hence, this palm can be grown in shaded damp areas, tolerating low levels of light and even waterlogged soil. 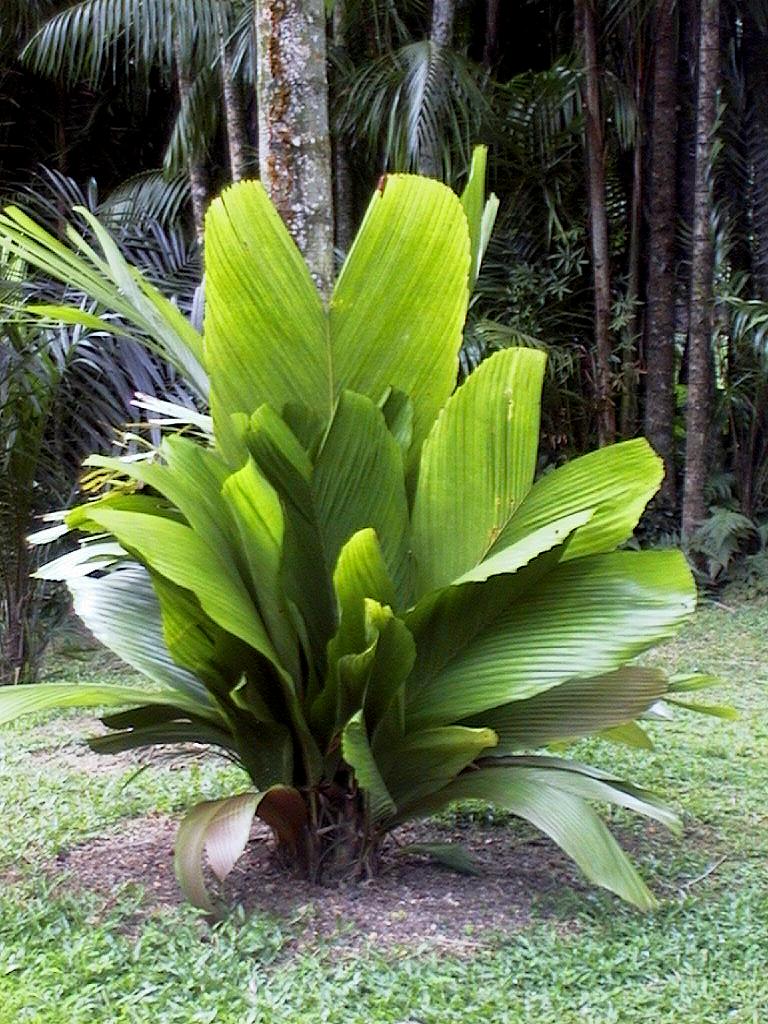 Text and photos by Joyce Foo