Aliens In Our Backyard

A praying mantis – one of many odd-looking but interesting creatures in our backyard.

“Mommy, what’s green, has eight legs and has four pairs of eyes?” a boy asked his mother. “I don’t know, son,” replied his mommy gently.

“I don’t know either but it's climbing up your sleeve,” exclaimed the boy pointing at his mother’s arm before she freaked out.

Yes, they may look like aliens from another planet, but such extraordinary looking critters are actually living here on Earth among us. They are so ubiquitous that you may have daily encounters with them and not think twice about it. Only if one were to stop and take a closer look at these bizarre-looking critters would one begin to admire such exotic wonders of the natural world. 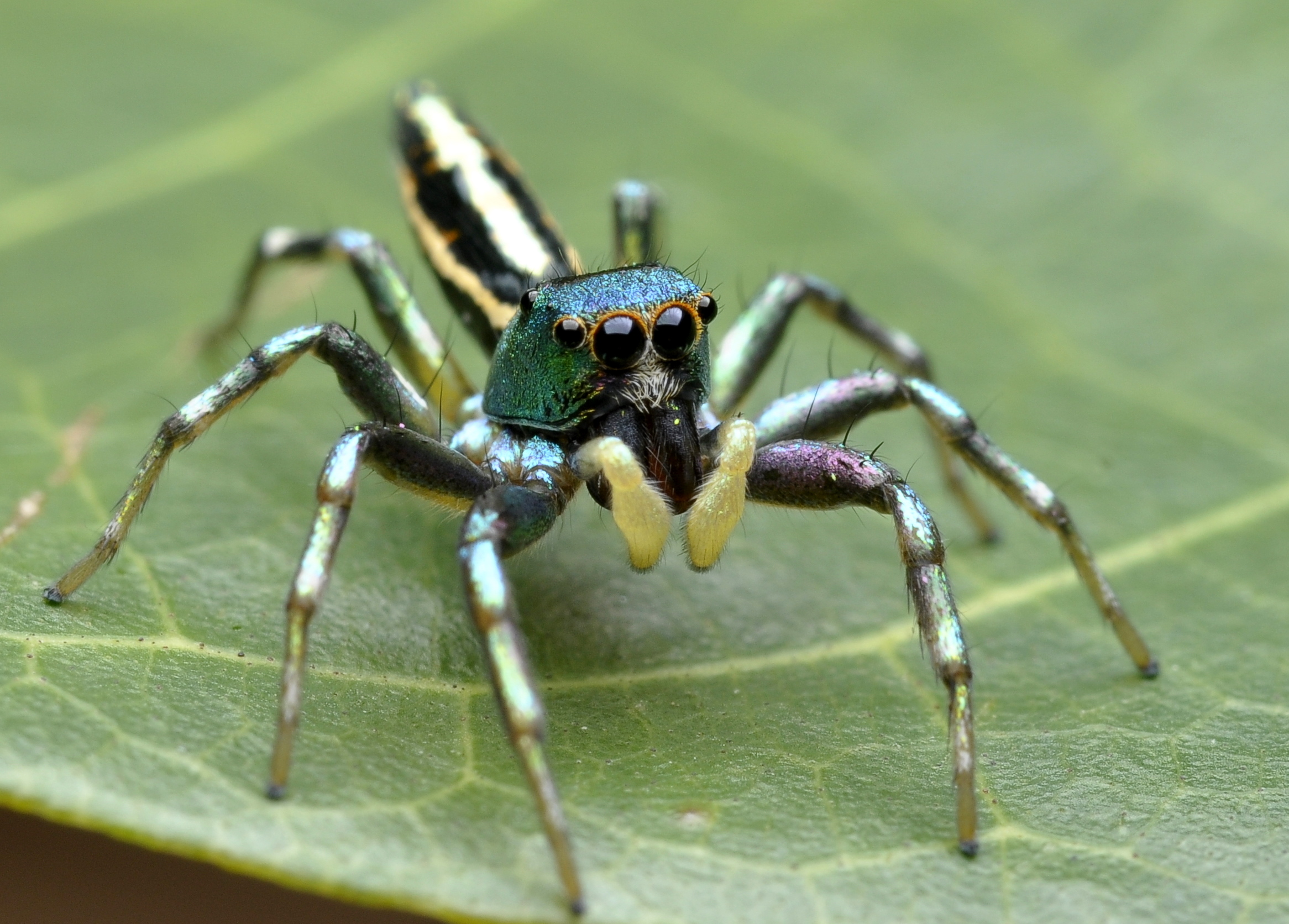 Cosmophasis umbratica, a lean green jumping machine is a member of the Jumping Spiders family (Salticidae).

It can be found in parks, gardens and forests, but rarely in the home. Spiders in this family have excellent eyesight aided by their extra large middle pair of eyes as they go around hunting and pouncing on their prey instead of laying in wait in a web. Jumping spiders have been found to be able to jump 50 times their length, that’s equivalent to a person jumping further than eight regular buses parked end to end. 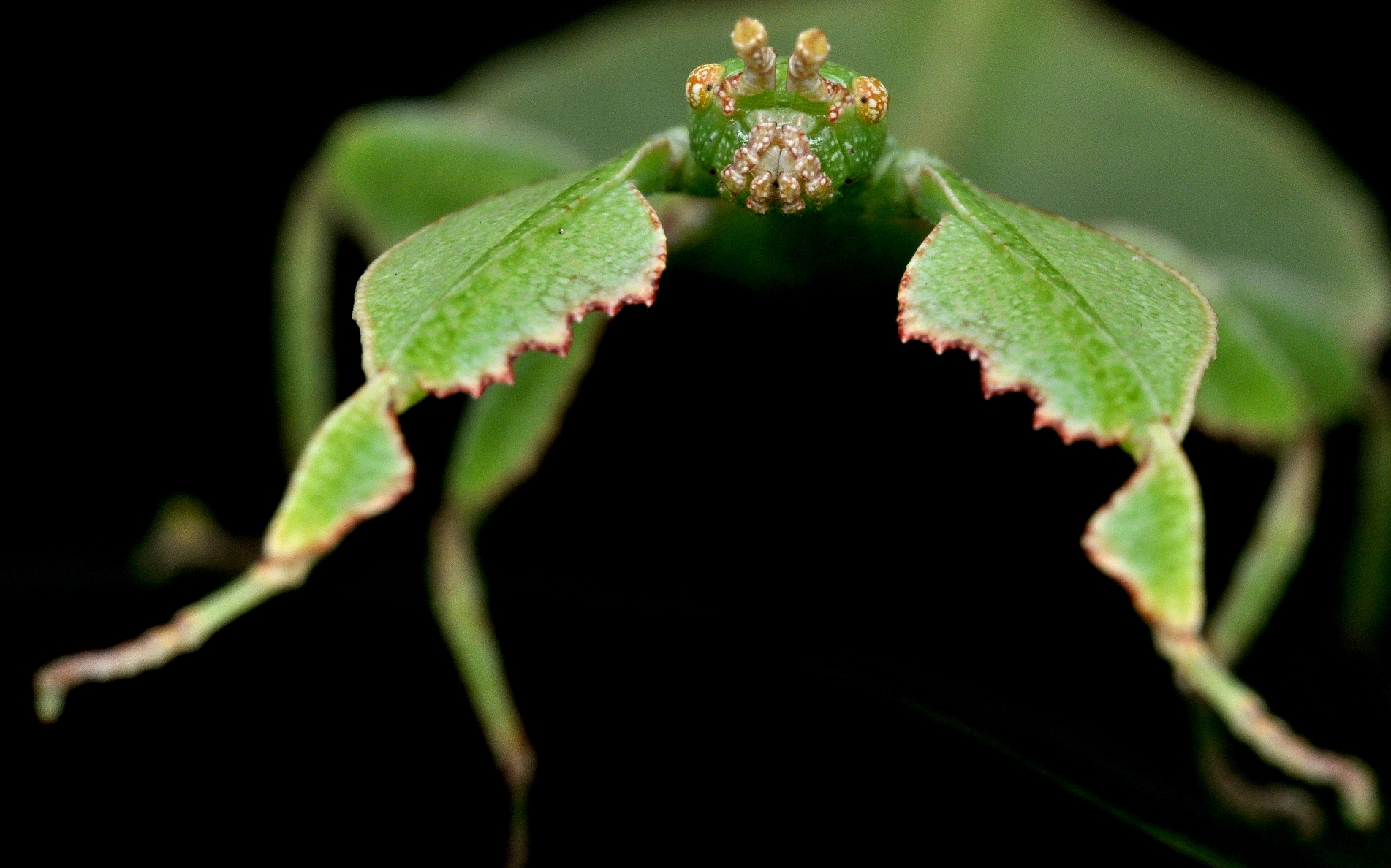 Leaf insects together with stick insects are from the order Phasmida (derived from the Latin ‘phasma’ meaning phantom or ghost).

This elusive, well-camouflaged insect from the Phyllium genus, with a face presumably only its mother would love, would sway from side to side when moving to mimic leaves being blown in the wind. To further confuse predator,s some of these leaf insects resemble leaves with their edges chewed up by insects. Leaf insects are mainly found in forest, especially the more mature areas where the trees are older and bigger. 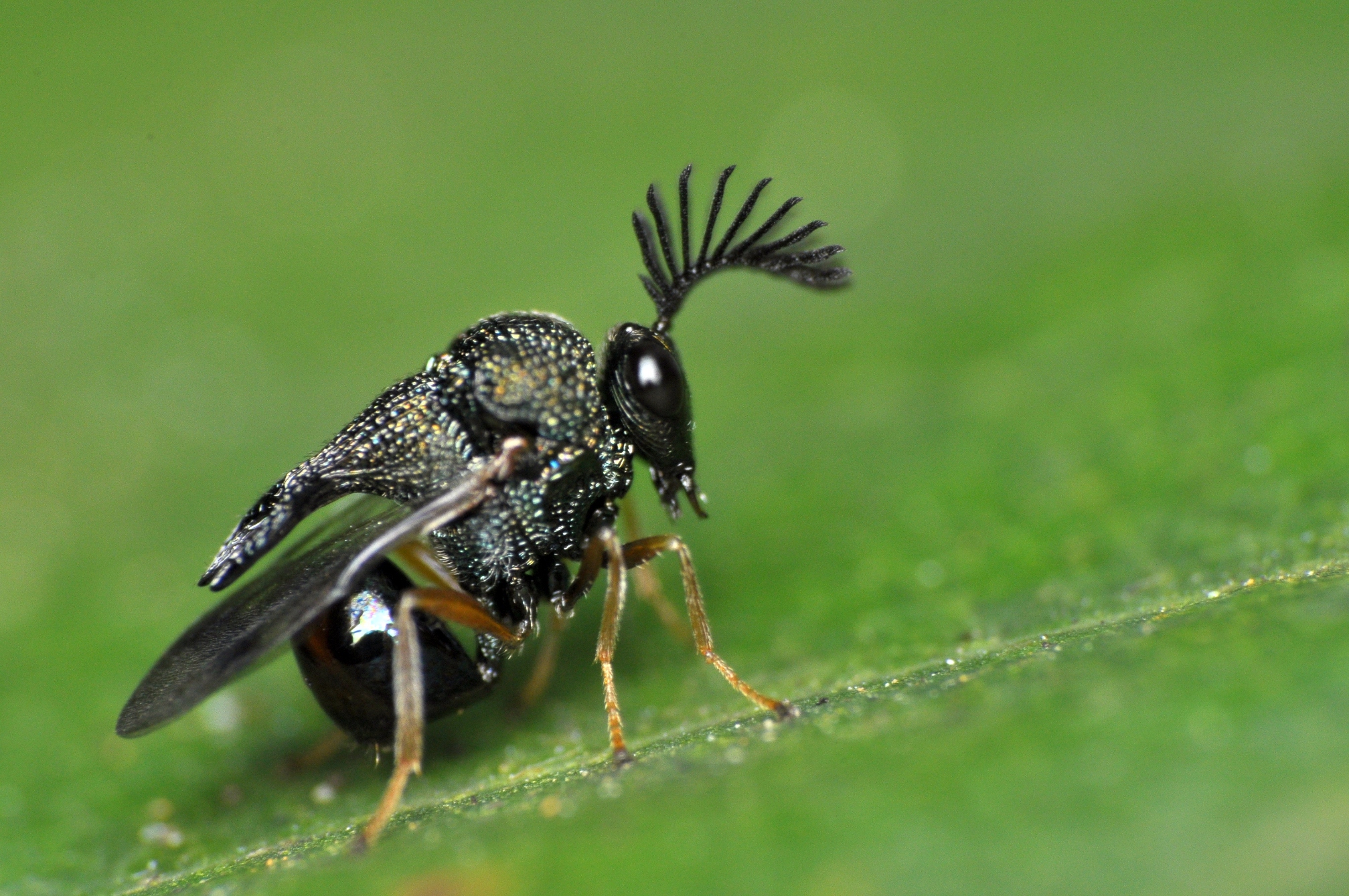 The Eucharitid Wasp (Family Eucharitidae) is tiny and has a funky Spartan-like headdress.

It is easily missed because of its minute size, measuring less than 3mm in length – that is much smaller than your thumbnail! These wasps are parasitic and prey on ants and their eggs. It is found mostly in forested areas. 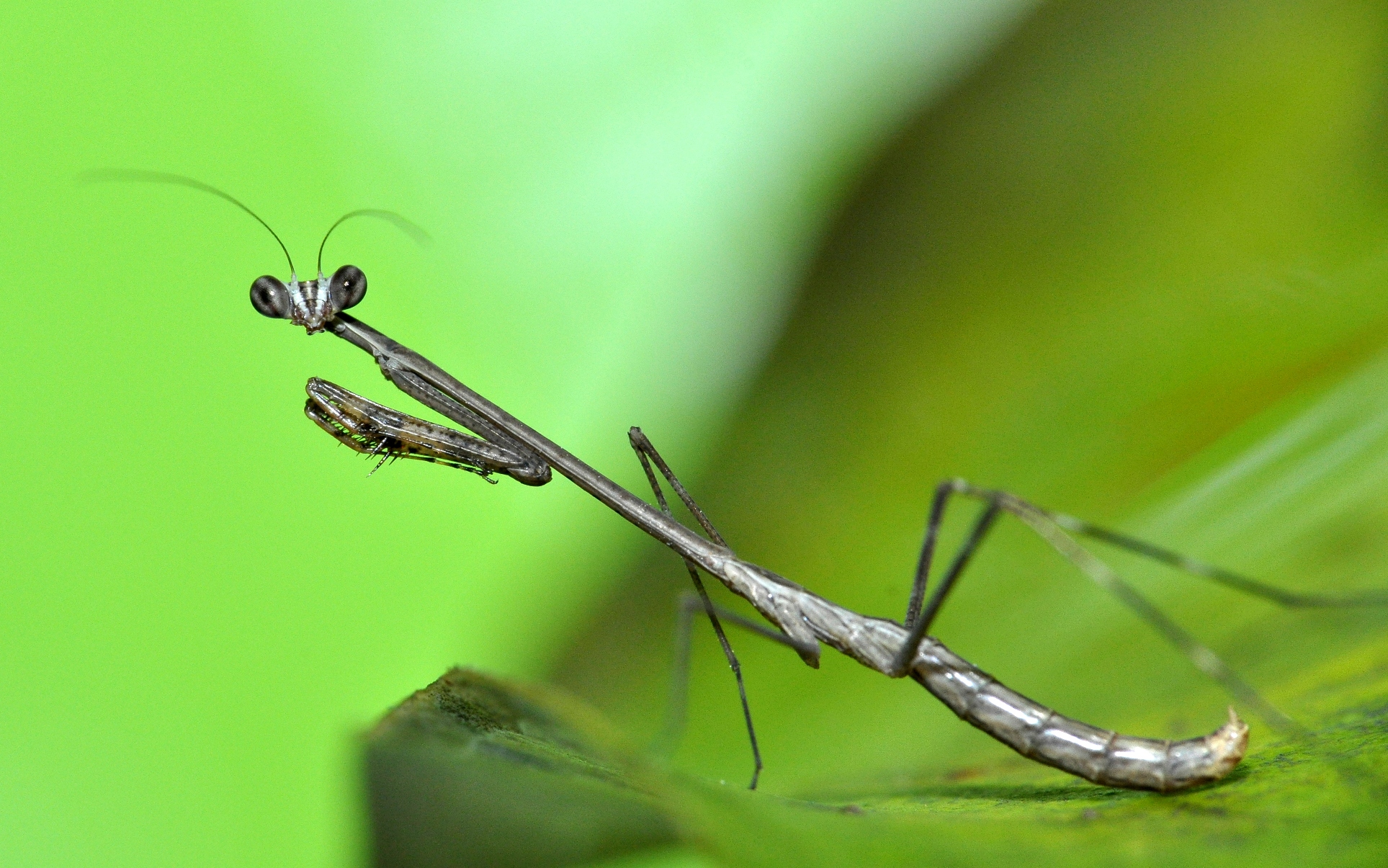 The Praying Mantis (Order Mantodea) gets its common name from its prayer-like posture.

Mantises are predominantly ambush predators that prey on anything small enough for them to capture. There are over 2000 species worldwide and can be commonly seen in our urban areas.

Before this article causes fear and panic among city dwellers in Singapore, we should appreciate that such biodiversity still exist in our highly urbanised island. This rich biodiversity plays a vital role in keeping the ecosystem healthy and balanced.

These insects exist under a veil of secrecy and will only reveal themselves if you are observant. Perhaps the next time you see something “alien” creeping beneath a leaf or crawling up a wall, instead of crushing it to death, consider observing and studying its appearance instead. You will be fascinated by the immense detail nature has bestowed on these often misunderstood tiny creatures.