Aliens In Our Backyard… Again

The Crab Spider (Thomisus guangxicus) on the left appears to be wearing an eye-mask. Like the Lone Ranger, perhaps it is trying to hide its real identity? Pretty Jewel bugs (right) are members of the Scutelleridae family. Could they be an inspiration for creators seeking a cute and peace-loving alien?

A young boy switches off his television after watching his favourite animated alien superhero triumph once again over evil. However unbeknown to him, in that same room, a set of alien-looking eyes was watching his every move. What’s more, the owner of this fascinating set of eyes may be the inspiration for the creators of many alien beings that we see in comics, television and movies. 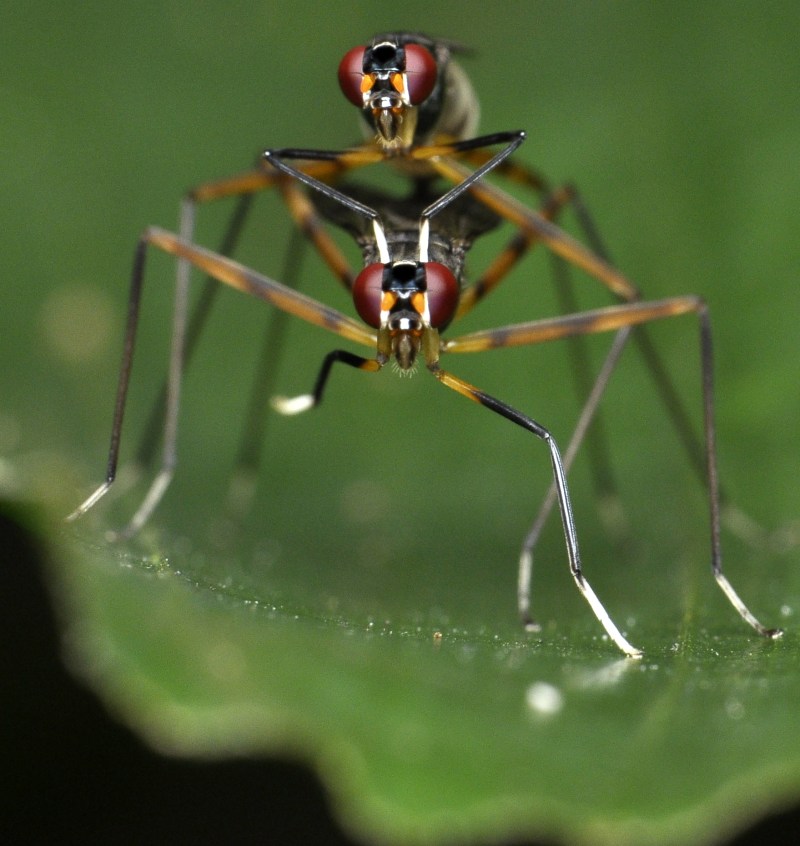 If you grew up watching episodes of the Masked Rider Black, a popular Japanese comics adapted into a television series, where the fictitious superhero fights evil aliens determined to take over the world, you may have noticed the similarity of the big bright-red eyes of the fly and those possessed by the hero.

The Tiger Beetle (Cicindela spp.) with its large bulging eyes, menacing-looking mandibles and bright metallic colorations may have influenced many animators seeking inspiration for evil extraterrestrials threatening to conquer the world.

In real life, these predators can be as frightening as their counterparts in the movies. Tiger Beetles are known for their exceptional running speed when they lock in on their prey, usually smaller insects or spiders. Despite its small size, the fastest species of Tiger Beetle can run the equivalent of a human sprinting at 770 km/h. That’s almost the cruising speed of a passenger airliner in the sky!

And there isn’t anything more alien-looking than the Atlas Moth (Attacus atlas) caterpillar. It is green, spiky and has more legs than you can count with your fingers. The Atlas Moth caterpillar is a spectacular large caterpillar that grows up to almost 12 cm in length. The adult moth has been credited as the inspiration behind Mothra, one of the many alien monsters in the popular Japanese Godzilla films. Interestingly, the adult Atlas Moth does not eat and relies solely on the nutrition it built up during its caterpillar stage as it lacks a fully formed mouth. 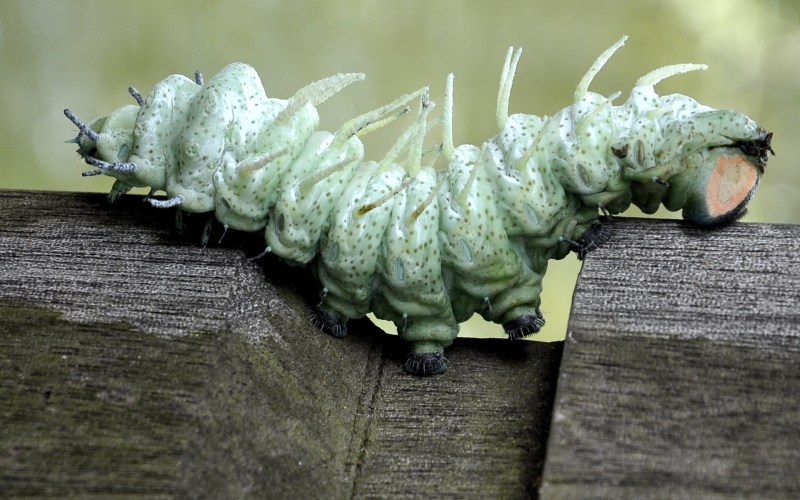 In short, there is no need to look to the stars for strange and weird, alien-looking creatures when there is an abundance of equally bizarre and outlandish creatures right under our noses. Many of these animals can be found in places around you, in your everyday lives. They may be invisible to the uninitiated but these animals play a vital role in our ecosystem, keeping nature in balance.