An Amazing Discovery – A New Plant Species In Singapore! 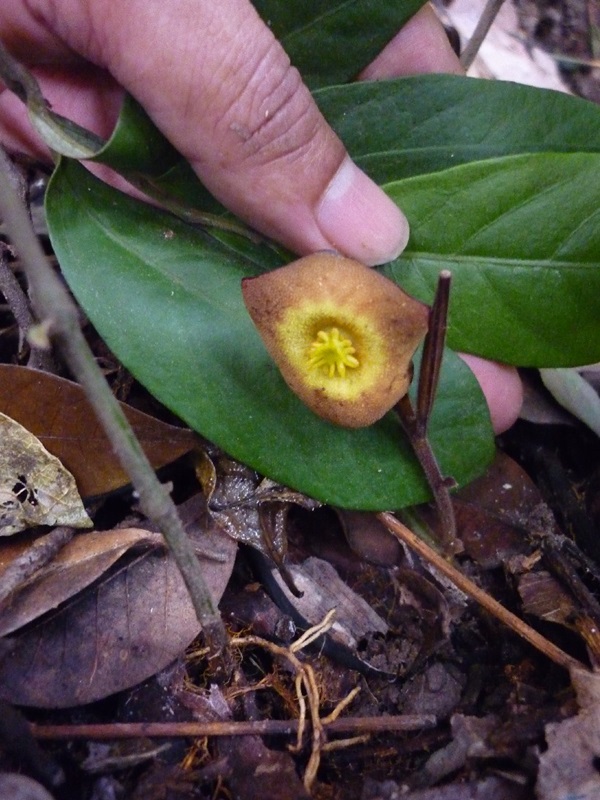 The flower and leaves of the newly discovered Thottea praetermissa; the flower looks like a pirate hat. To the right of the flower is a fruit pod.

Who would imagine that new species could be discovered in urban Singapore! Tucked within the military zone in the western part of mainland Singapore is a small population of an inconspicuous shrub that has been recently described as Thottea praetermissa. 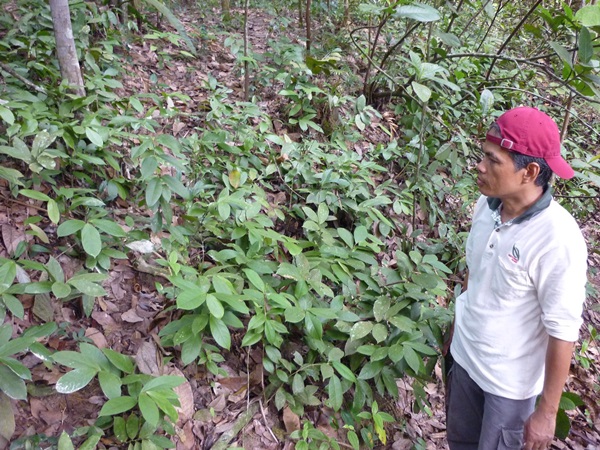 Saifuddin Suran from National Biodiversity Centre, standing next to a population of Thottea praetermissa in its natural habitat in the western part of Singapore, the only known locality of this species.

This plant species, which varies from 0.5 to 1.3 m tall, belongs to the family Aristolochiaceae, the Birthwort Family or otherwise known as the Dutchman’s Pipe Family. It has a very narrow geographical range, since apart from Singapore, it can only be found in the southern states of Peninsular Malaysia. In its natural habitat in Singapore, it appears very unassuming and pretty ordinary when one is looking across it.

However, its wonder and beauty lies with its bright yellow flower, which is usually saucer to cup-shaped and stands erect as if an acrobat has been spinning plates on a short stick. In a different perspective, the flower may look like a tiny pirate hat being left on a stand.

The triangular flower bud is dark maroon but shows a bright yellow centre when in full bloom.

Overlooked, but not any more
Technically Thottea praetermissa is not a newly found species in Singapore. This species was first collected in 1893 along Sungei Murai, located in the western part of Singapore, and was thought to be T. dependens, and the name has stuck since.

According to records of the Singapore Herbarium, a subsequent collection was only made in 2007. However, recently in November 2013, a Malaysian plant taxonomist  who had studied the genus Thottea extensively, described in a scientific publication (Blumea, Vol. 58, pages 245–262, published in November 2013) that the T. praetermissa is in fact a distinct species from the true T. dependens. 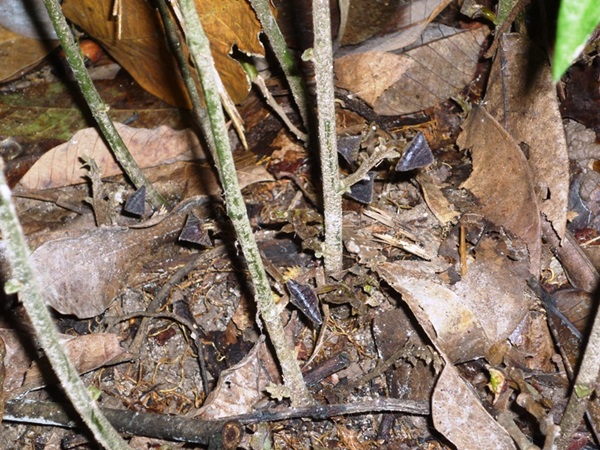 The Thottea praetermissa is thriving in its habitat. A number of its triangular-shaped flower buds can be seen at the base of the stems.

In the same publication, he renamed the plant Thottea praetermissa. The species epithet is derived from the Latin word praetermissus, which means ‘overlooked’. An apt name indeed for a species that had long been overlooked!

Big brother, little brother
The genus Thottea comprises 35 species spread across India in the west to China in the north and Sulawesi in the east. In Singapore, there are two distinct species of Thottea. A population of Thottea grandiflora in our nature reserve showing the bright purple-white flowers.

Both are shade to semi-shade lovers and hence confined to the forest fringe and undisturbed secondary forests.

The big brother of this newly described species is T. grandiflora. It can be considered the bigger brother as it stands slightly taller and have larger leaves. But more significantly, since grandiflora means large flowers, this species does indeed have larger flowers than its smaller brother. Where the flowers of praetermissa are found at the base of the plant, the grandiflora is a true show-off – its white flowers with streaks of deep yet bright purple stand out in between its leaves. 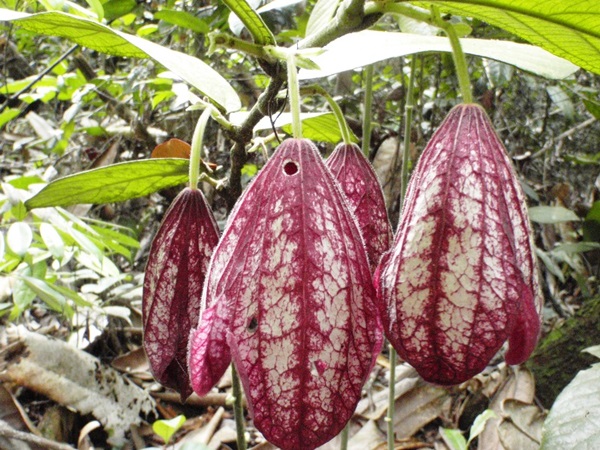 A close-up view of the drooping flowers of Thottea grandiflora.

In Singapore, both Thottea species are considered rare. While T. grandiflora is listed as vulnerable in the “Checklist of Total Vascular Plant Flora of Singapore (Chong K Y et al, 2009)”, T. praetermissa with its very small population, perhaps under 100 individuals, is listed as critically endangered.

A plant conservation programme is underway to try and ensure that this valuable population does not suffer untowardly. 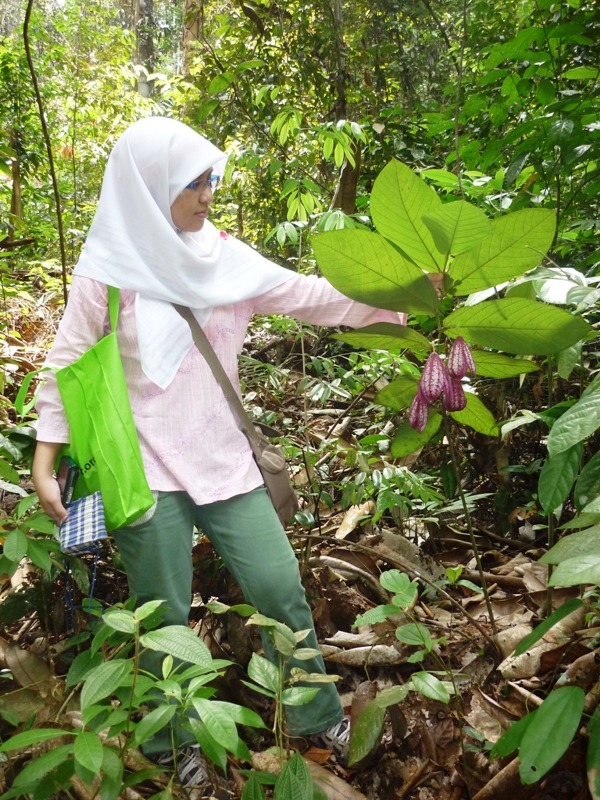 The Thottea grandiflora in its natural habitat.

It is truly amazing that this tiny red dot called Singapore can harbour interesting new flora. There are currently slightly over 2,000 native flora in Singapore. And this new find just adds on to the list.

Who knows, there could be more undescribed species perhaps overlooked in a corner of our little island. The work of a plant enthusiast in Singapore is never dull, to say the least.

Photos and text by Hassan Ibrahim