Crakes and rails are terrestrial swamp-dwelling wading birds that live near water bodies and in forested areas of Singapore. These omnivores have strong long legs that enable them to walk and run vigorously on uneven surfaces. Most species are also capable of swimming.

Generally, crakes and rails are shy, secretive and skulk around but they move quickly for cover at the slightest sign of danger. This means they are often hard to spot here in Singapore.

Their calls are unique; loud and distinct and while they do not appear to have a powerful flight due to their short wings, some species do undertake annual migrations and are known to travel long distances.

Learn more about them and keep your eyes peeled the next time you are out near water bodies, to try to identify them. 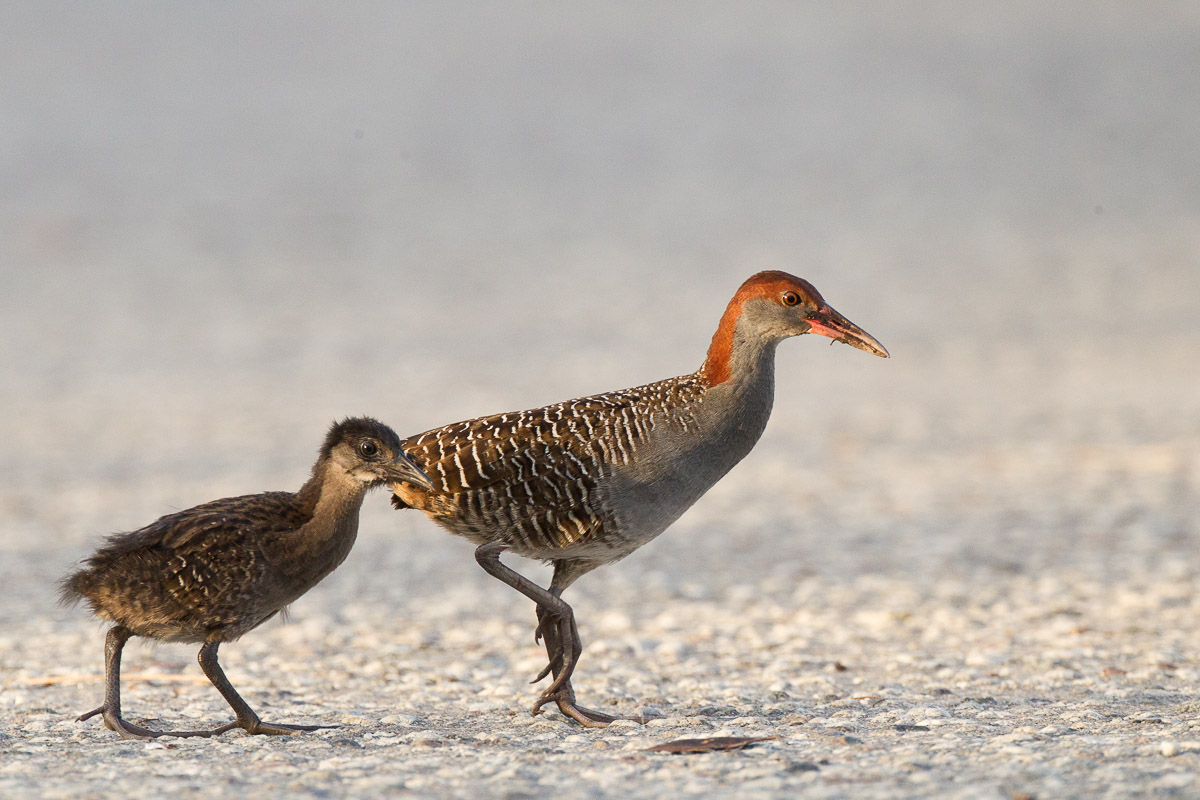 The Slaty-breasted Rail (Gallirallus striatus) has a long reddish bill, a chestnut crown and nape and a slaty grey breast. It has fine white barring on its upperparts and its throat is pale grey.

Measuring about 30 cm, this bird makes a sharp and distinct “cirrk” sound as well as short jerking screams when alarmed. It is a solitary bird and can be found in freshwater swamps, reed beds, banks of small streams, drains and ditches. 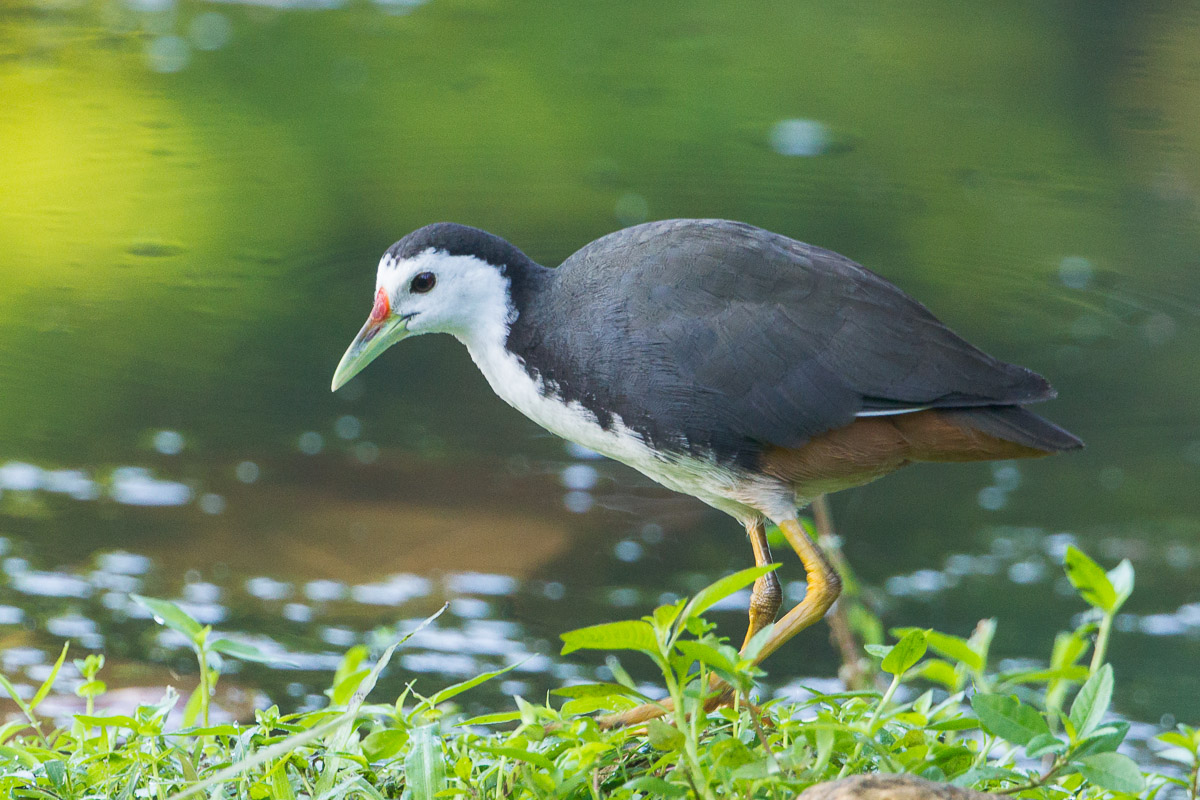 The White-breasted Waterhen (Amaurornis phoenicurus) has a white face, a yellow bill with a red base, and greenish legs. Its upperparts are in a dark slaty grey colour, which contrasts with its white underparts.

It can measure up to 33 cm and makes a harsh disyllabic “krruwak, krruwak” call. It also grunts, chuckles and croaks! This species is the most frequently seen rail in Singapore and resides in inland freshwater swamps, swampy vegetation, reed beds, and banks of forested streams. It can also be found in our urban parks and gardens, near ponds and grassy areas.

Unlike the Slaty-breasted Rail, this species can sometimes be seen in small loose groups, clambering onto small bushes and trees. However, the White-breasted Waterhen is shy and wary, so watch it from afar if you do spot one as it is quick to scurry for cover at the slightest hint of danger. 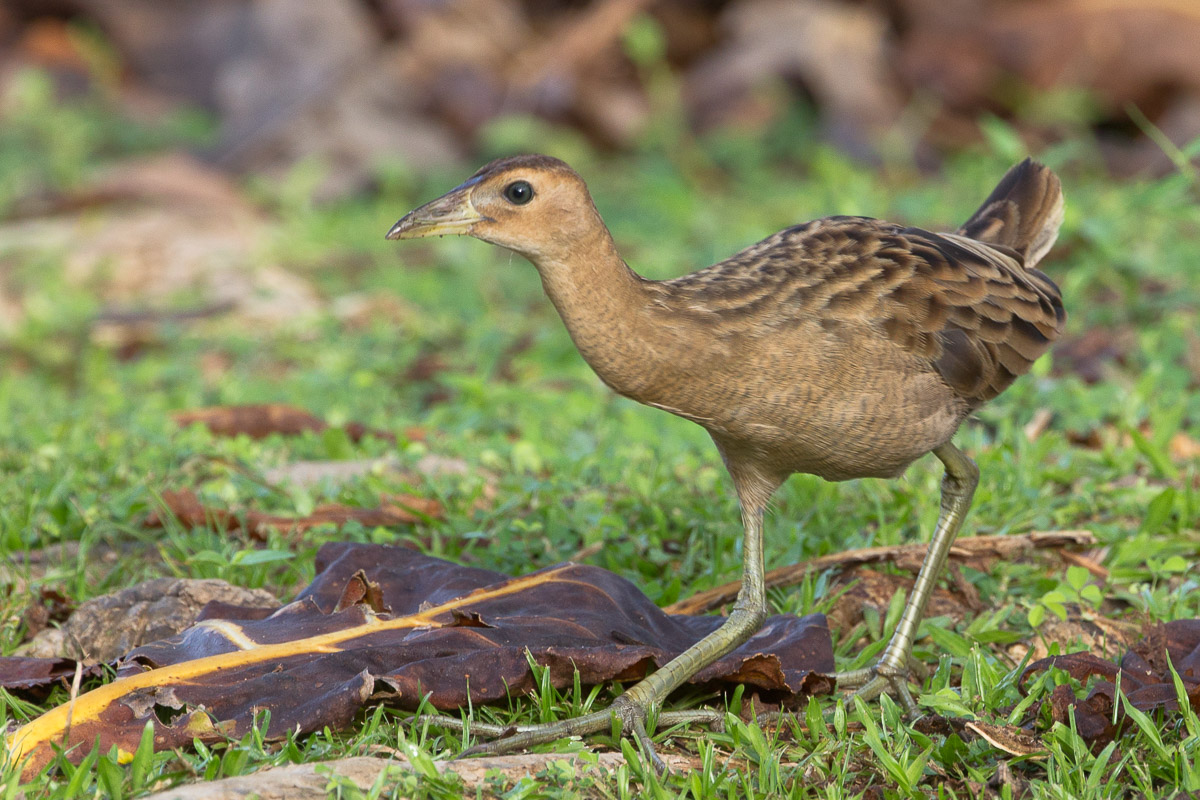 The Watercock (Gallicrex cinerea) measures about 43 cm and is quite large in size compared to the other birds listed here. Interestingly, the physical appearance of the Watercock is different for the breeding male, female and non-breeding male.

Regardless of its gender, the Watercock is well-known for its series of deep booming notes, “gok-gok-gok-gok…”, uttered rapidly. It is usually seen solitary in inland freshwater swamps, wet grasslands, canals, marshes and reed beds. Contrary to its name, the Black-backed Swamphen (Porphyrio indicus) actually has deep bluish-purple plumage with a red bill and forehead. It also has red legs and feet with long toes.

Measuring around 50 cm, this species makes short nasal grunts and croaking sounds. They are usually seen in small groups and reside in marshy, vegetated freshwater bodies such as swamps, rivers, and lakes. 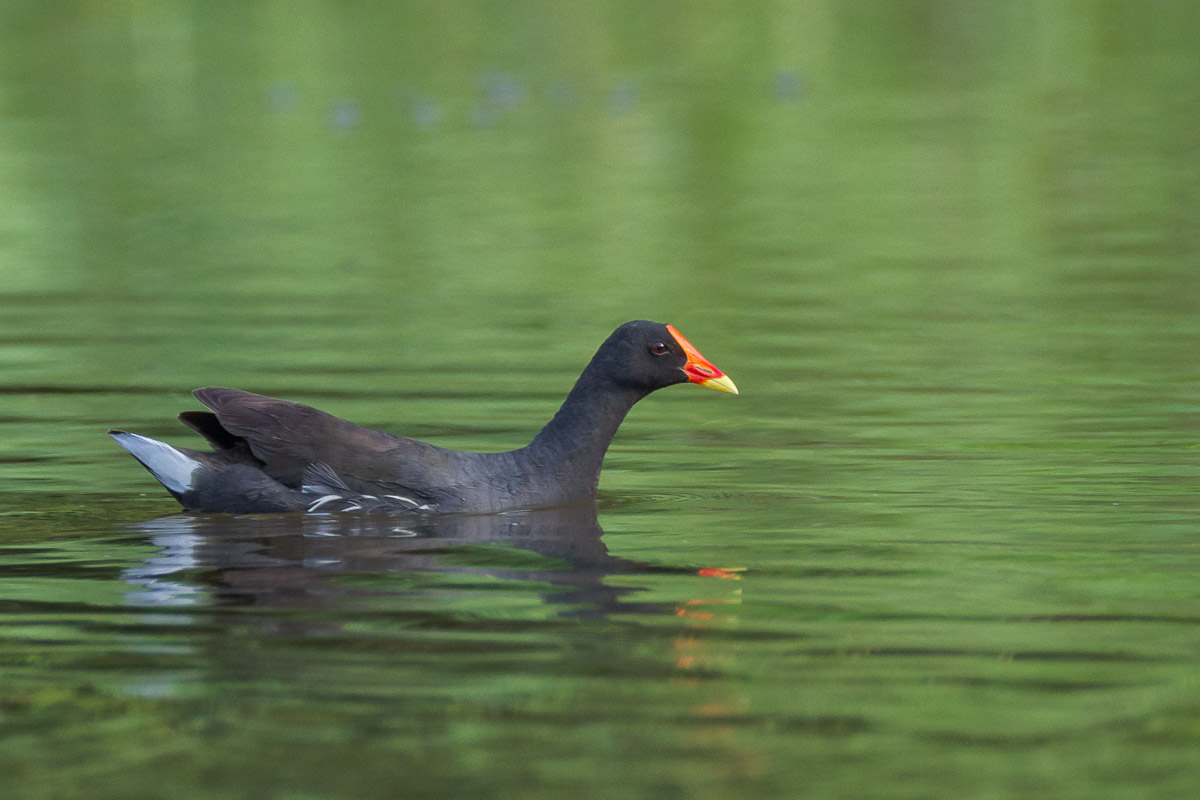 This species measures about 33 cm and makes a loud and abrupt “prruk” sound. They are usually seen in small loose groups dabbling largely on water surface vegetation. It dives well and sometimes feeds on land near the water’s edge. When it gets alarmed, it can patter along the water surface in a short, sustained flight.

In addition to looking out for these crakes and rails, during migratory season, which happens from Septemer to March, migratory birds make their way to our parks and nature reserves, particularly Sungei Buloh Wetland Reserve.

Help protect our natural heritage by being a responsible visitor when visiting our nature parks and nature reserves. Here are some other simple do’s and don’ts when visiting.

To ensure the well-being of our biodiversity, visitors to our nature parks and reserves should adhere strictly to the opening hours of 7 am to 7 pm. Disturbances to the nocturnal animals’ activities could mean disruptions to their natural behaviour, including venturing outside the nature parks and reserves. This will endanger both their own safety and that of the general public.

Learning More
Love to bird-watch, or want to learn more on identifying garden birds? Join us for Garden Bird Watch, that runs twice a year as part of the NParks Community in Nature Biodiversity Watch series. Click here for more information.

About the writer
Charlyn Ng is an undergrad at the Wee Kim Wee School of Communication and Information. She is currently in her third year and specialises in Media Research and Analytics. Ever since starting her internship with NParks, Charlyn has been heavily involved in collecting and analysing data from various NParks’ social media platforms. Her efforts are focused on increasing the public awareness towards Singapore’s biodiversity. She also conceptualised and organised photoshoots and wrote articles about NParks conservation initiatives.