Browse the database for plants and animals found in Singapore online 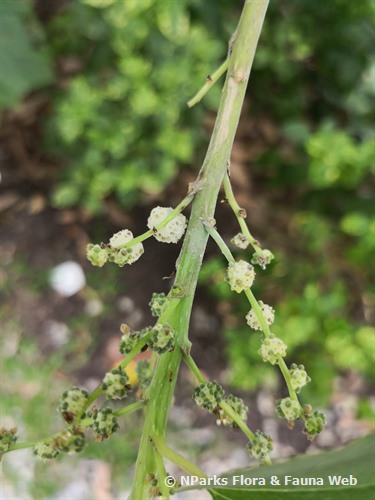 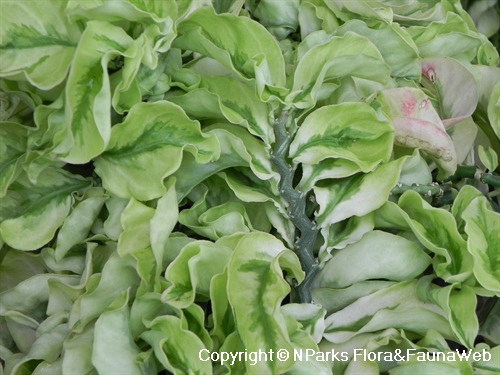 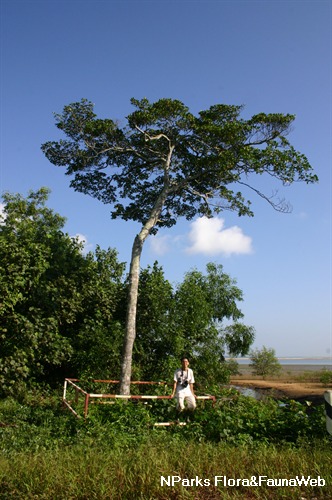 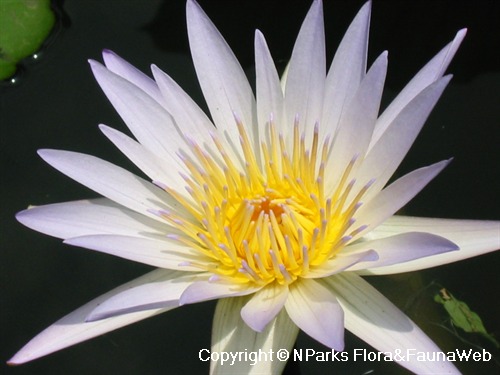 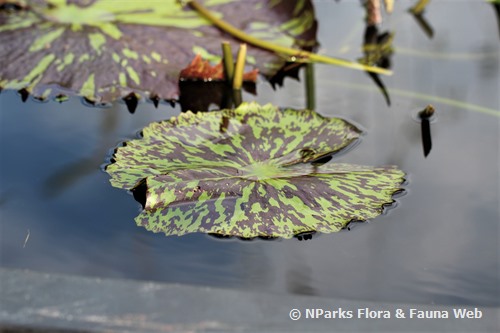 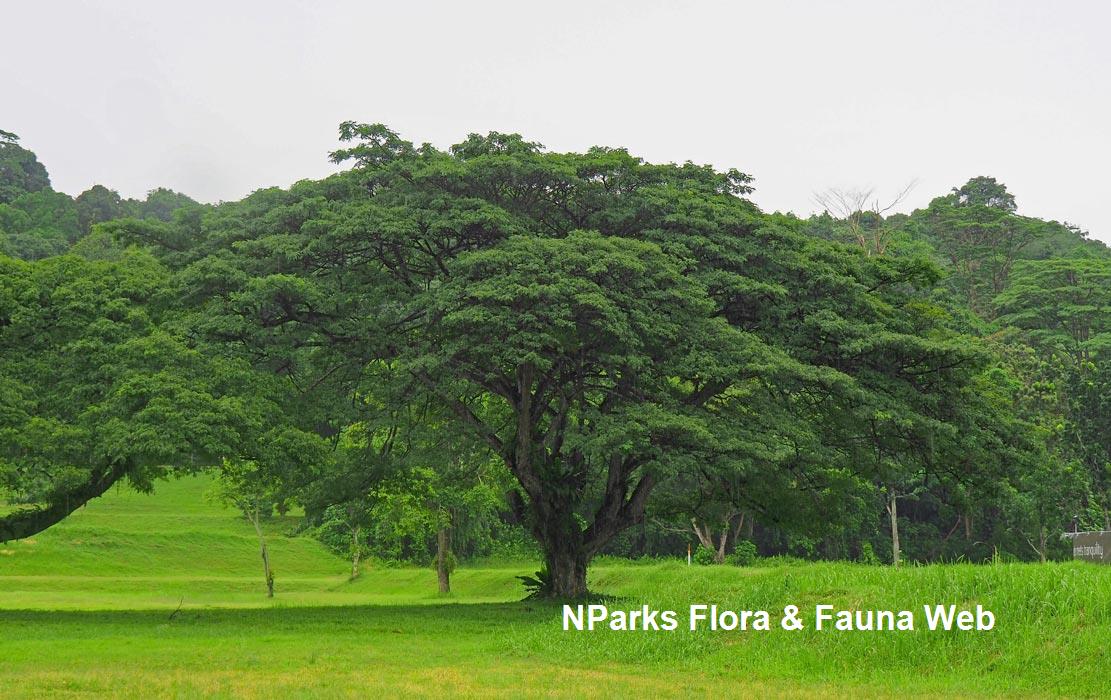 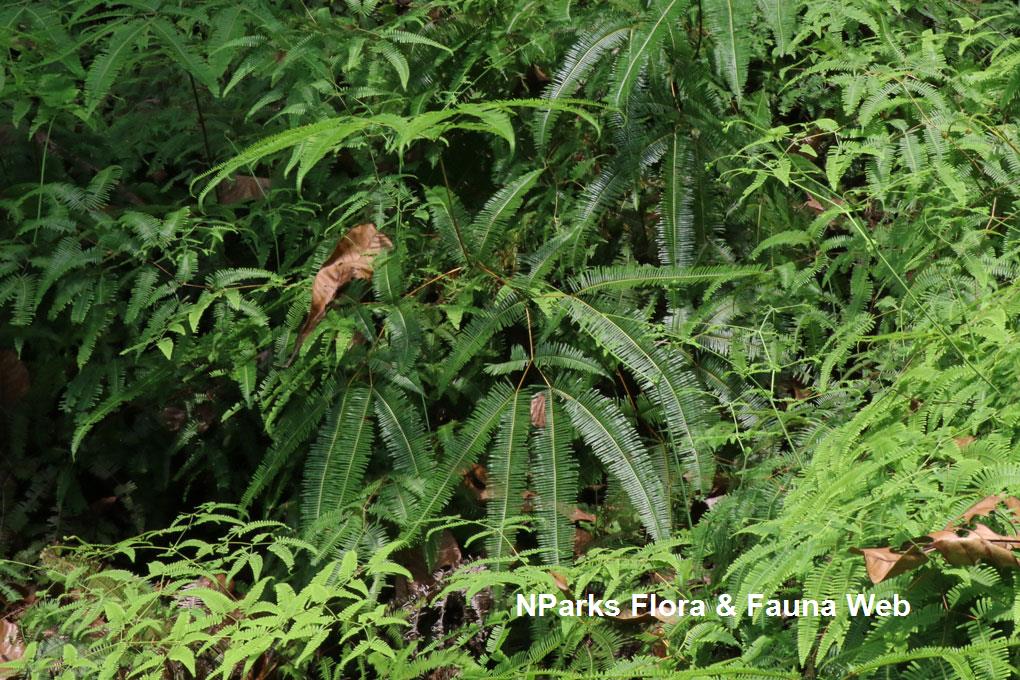 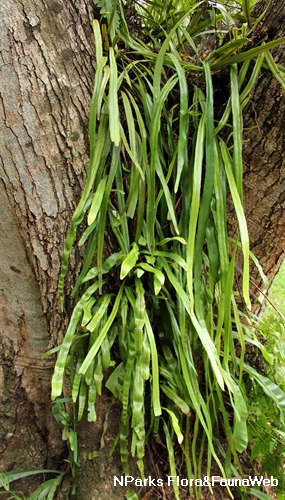 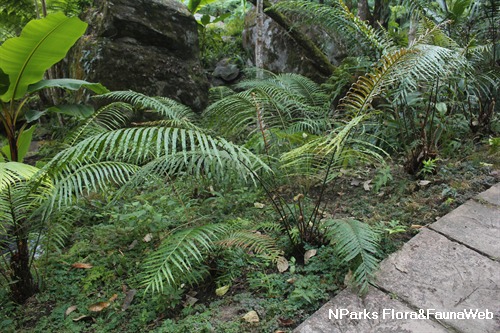 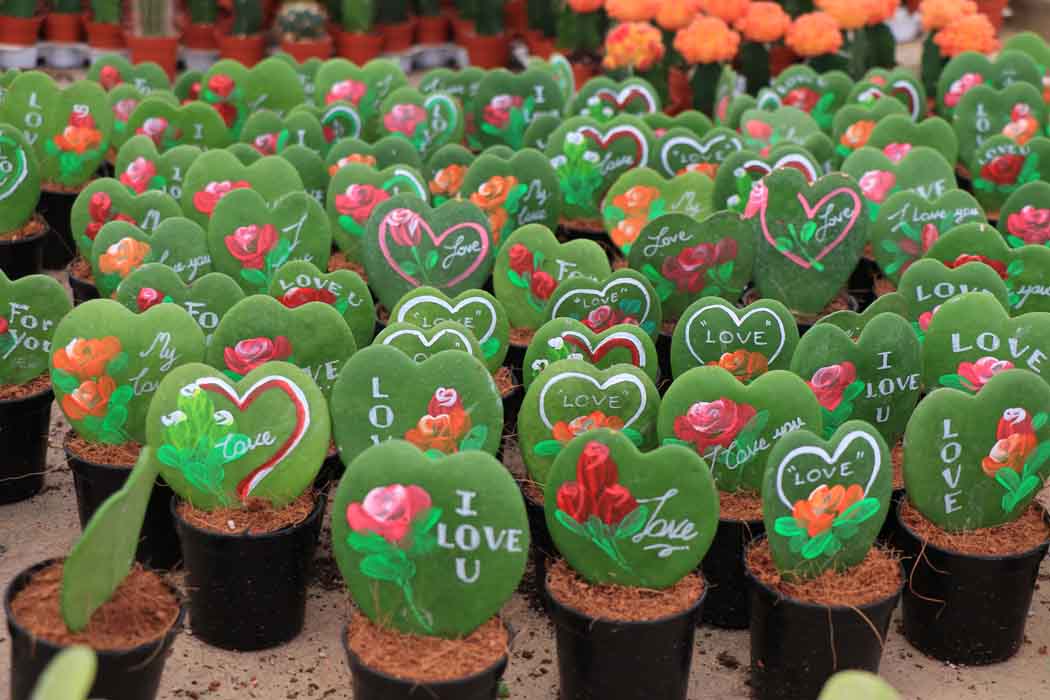 Sweetheart Hoya (Hoya kerrii) earned its name from its characteristic heart-shaped leaves. This evergreen climber is commonly sold commercially as a single leaf. However, if grown with its stem intact, this slow-growing Hoya can trail and climb across trellises displaying heavy long vines and thick leaves. Generally easy to care for, bunches of star-shaped flowers readily bloom when it receives several hours of bright indirect sunlight daily and it only requires minimal watering. 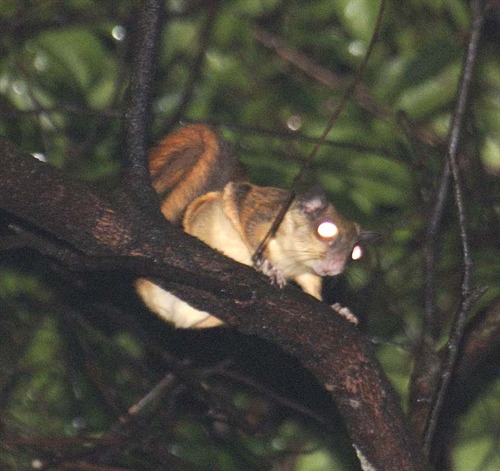 The endangered Horsfield’s Flying Squirrel is one of three species of flying squirrel recorded from Singapore. A nocturnal animal, it emerges from its tree hole to forage mainly on fruits during the night, returning to its tree hole to sleep in during the day. The squirrel glides amongst trees on its gliding membrane which stretches across its four limbs, and its tail which is flattened.) 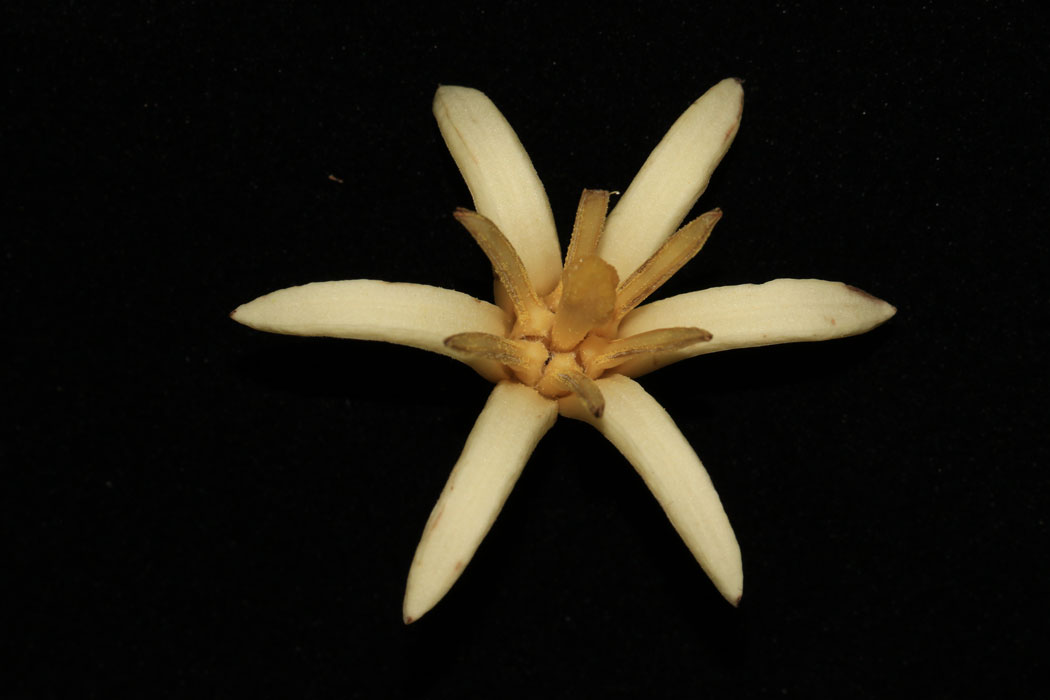 Did you know that Alangium ridleyi is named after Henry Nicholas Ridley, the First Director of the Singapore Botanic Gardens? His monumental contributions to the region’s botany, natural history, and economy in 1880s saw over 50,000 specimens collected from Singapore, Malaya, and the wider South East Asian region. He was also a prolific writer, publishing more than 4,000 new species over the span of his 68-year career; over 100 of which were new species described from Singapore. 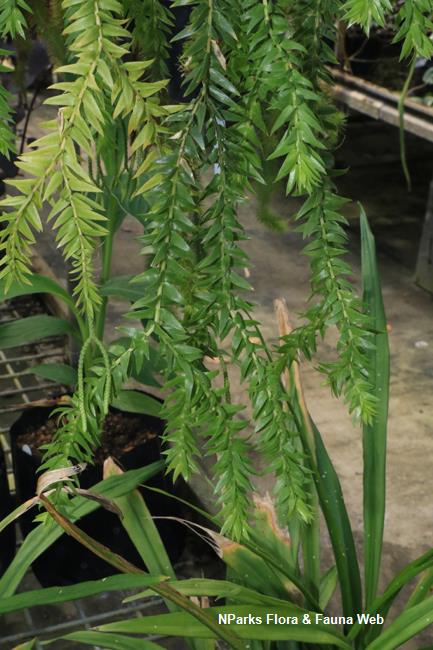 A Fern or not a Fern?

Did you know the Common Tassel Fern (Phlegmariurus phlegmaria) grouped under Fern allies are not ferns at all? Fern allies or Lycophytes are the earliest group of seedless vascular plants with a wide range of growth forms. Fern allies are versatile plants, some even have the ability to survive desert conditions! Fern allies are identified by their small leaves or microphylls that come with a single unbranched vein whereas true ferns have megaphylls with complex, branched veinlets. Similar to most Lycophytes, the Common Tassel Fern produces cone-like structures at the tips of their stems known as strobili – these contain and release spores upon maturity. 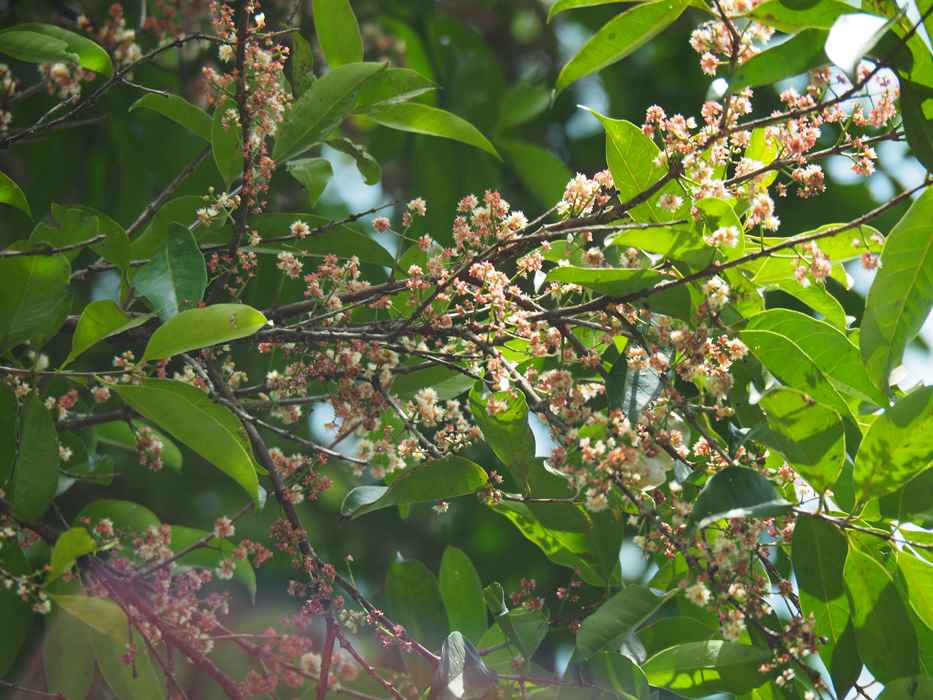 Did you know the Syzygium polyanthum or Indonesian Bay-leaf is a spice tree native to Singapore? Found in tropical forests, this tree can grow to heights of over 30 m. Its aromatic young leaves are cooked fresh or dried in meat and vegetable curries and stews, and is commonly sold in Indonesian markets and by street vendors. The sour tasting fruit are edible when ripe. Besides its edible uses, a dye can be extracted from the bark and its timber is suitable for making furniture. 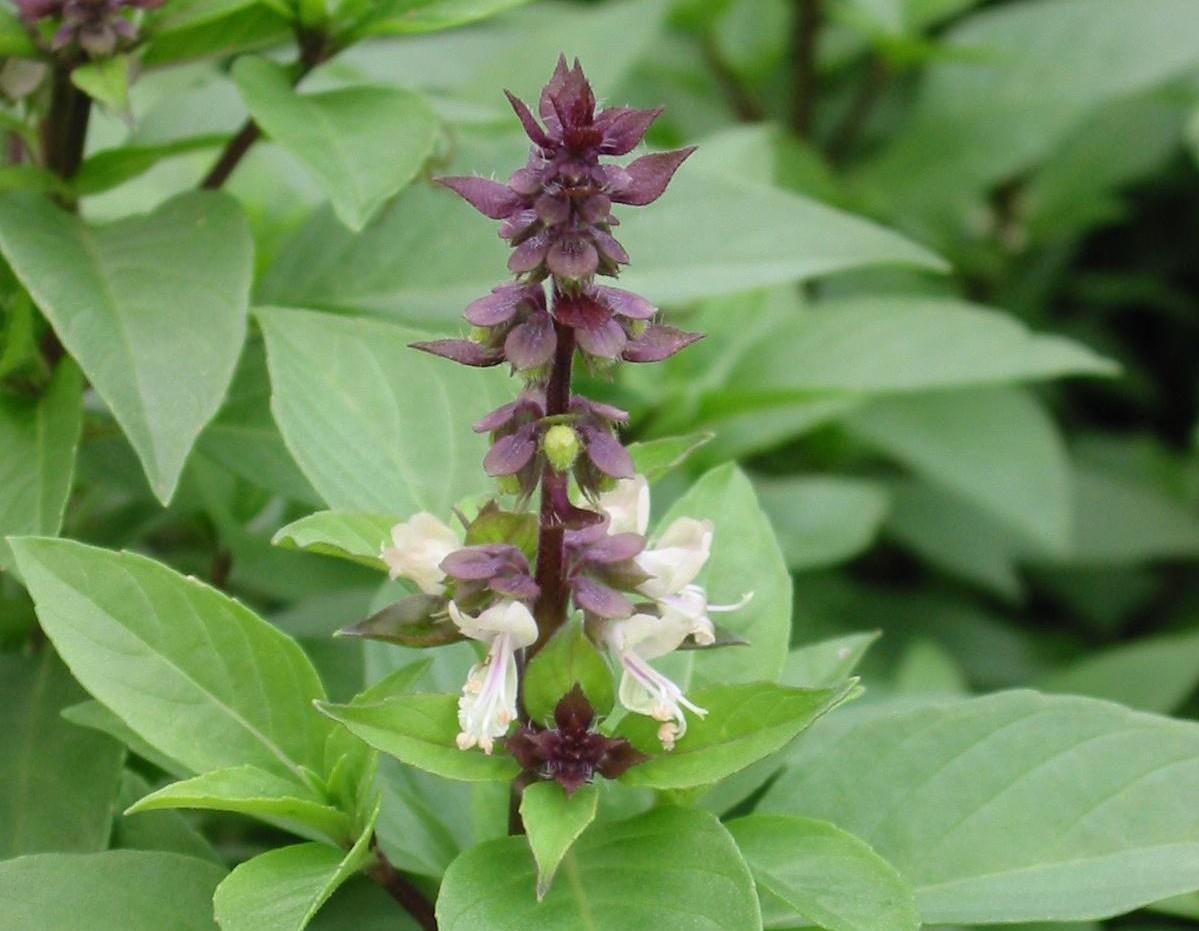 Fragrant, sweet and everything nice

Did you know that besides the leaves, the seeds of the Basil or Ocimum basilicum are also edible! Basil seeds contain little carbohydrates but are rich in protein and omega-3 fatty acids. When soaked in water, the seeds exude a gelatinous mass on the outside yet remain crunchy. Basil seeds can be added to beverages, desserts and confectioneries to add texture to refreshments.

Fragrant, sweet and everything nice 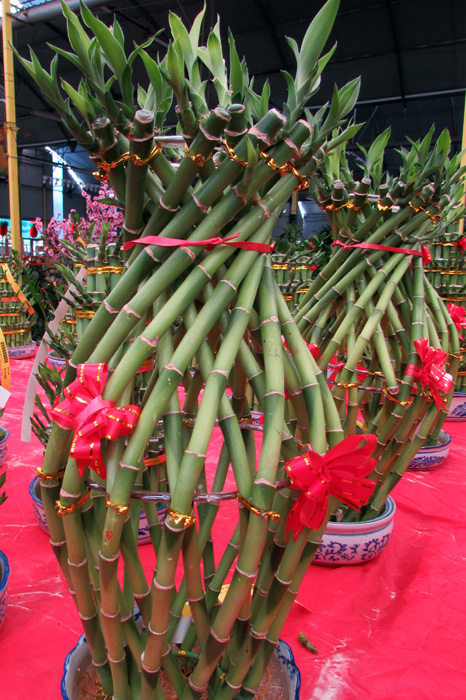 Did you know that Lucky Bamboo is not a true bamboo? Although the stems resemble bamboo, it belongs to the genus Dracaena and is scientifically known as Dracaena sanderiana. The Lucky Bamboo is popular during the Lunar New Year as gifts and decorations for its association with good fortune and abundance. They are sometimes sold as a long stem with a spiral tip. The spiral growth is achieved by laying a stem on its side and allowing the stem to grow upwards and rotating the stem again and again until properly curled. 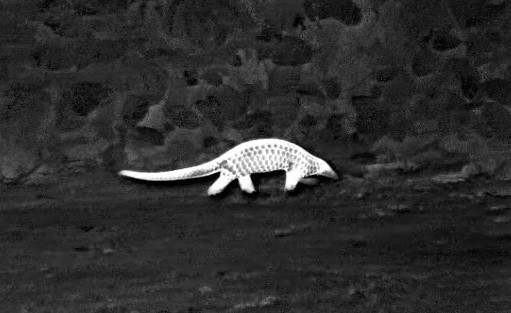 Singapore saw a new record through research done on herbarium material collected. Using five herbarium specimens collected from one or two trees from the Singapore Botanic Gardens and Chestnut Nature Park, it was determined that Memecylon acuminatissimum is an accepted species and not as previously thought, a synonym of M. oleifolium. This showed that vouchering living specimens is still vital for the recording of biodiversity in Singapore. This new record is also testament to the important conservation value of small patches of primary forests within urban environments, like Singapore.

The species identity of the ‘Changi Tree’ has been shrouded in the mists of time until recently – using herbarium specimens collected from Changi in 1893, researchers from the Singapore Botanic Gardens determined that the famous ‘Changi Tree’ was likely Sindora echinocalyx. At 76 m tall, it stood out in the landscape and was featured in sea navigation maps as a landmark as early as the mid-nineteenth century. As the tree was located within military barracks, it was removed by the British army during World War II to safeguard against artillery attacks.

Botanists from Singapore Botanic Gardens and Bogor Botanic Gardens jointly described nine new species and one subspecies of Hoya occurring in Borneo. This adds to a total of 85 Hoya species in Borneo. Among the newly minted species, five are endemic to Kalimantan, which is the least explored part of Borneo. Though the discoveries were based on limited plant collections, the researchers are confident that these species are not part of any species complexes, therefore, they are less likely to be synonymised in the future.

Check out the range of events available at NParks! Events