Saving A Prehistoric Fern From Extinction

Imagine that a prehistoric creature exists here in Singapore, right under your very nose. Now, imagine that this same creature has been dying out slowly. Would you do everything in your power to save it from extinction?

For the Dipteris conjugata, also known as the sun fern, this scenario is not imagination – but reality. The sun fern dates back millions of years, and is known to have relatives that are preserved in million-year-old fossils found in various parts of the world. Its common name reportedly comes from the shape of its fronds, which resemble sunbursts.

Many species of ferns can be seen growing abundantly in Singapore’s public spaces, and it may be hard to understand that a fern needs our help to stay alive. But this particular ancient fern is currently struggling for survival in the green areas of our urban jungle.

Despite having lived since prehistoric times, Dipteris conjugata is now listed as Critically Endangered in the 2008 Singapore Red Data Book. Over the past fifty years, Dipteris conjugata was seen along the coastal regions of Kranji, Tanjung Gul, Pulau Tekong and Labrador. But its foothold diminished over time, and the last known population in Labrador has already succumbed, having been destroyed by a landslide.

The good news, though, is that a sizeable thicket of Dipteris was found thriving well within the Western Catchment area. This area is protected within the military zone, which means that this particular thicket is sufficiently protected.

The obscure location of the Dipteris ensures its safety from overzealous soldiers looking for camouflage. However, it may be under greater threat from various natural elements. Too much shade from neighbouring vegetation is one such factor. Other plants may also encroach upon its space, and deprive it of the necessary habitat that it requires to grow and thrive.

To help conserve this fern, NParks’ staff from the National Biodiversity Centre regularly check on the growth of the Dipteris at the Western Catchment. Using parangs and secateurs, they prune and clear the plants that may devour the fern, such as the Simpuh Air (Dillenia suffruticosa), the Weeping Fig (Ficus benjamina), and the Resam (Dicranopteris linearis).

This concerted effort will hopefully ensure the survival of one of the last known localities of this fern. With hard work and Mother Nature’s blessing, this dwindling species of our native flora may not go the way of the dinosaurs after all.

Rhizome: A horizontal underground stem. The ginger that we eat is an example of a rhizome.

Sporangium (plural: sporangia): A spore-bearing case. One of the photos above shows sporangia found on the underside of the mature leaves of Dipteris conjugata.

Lobe: A rounded segment of a leaf.

By Hassan IbrahimPhotos by Cheryl Chia

Staff from the National Biodiversity Centre clearing a patch of Resam that may hamper the survival of the sun fern. 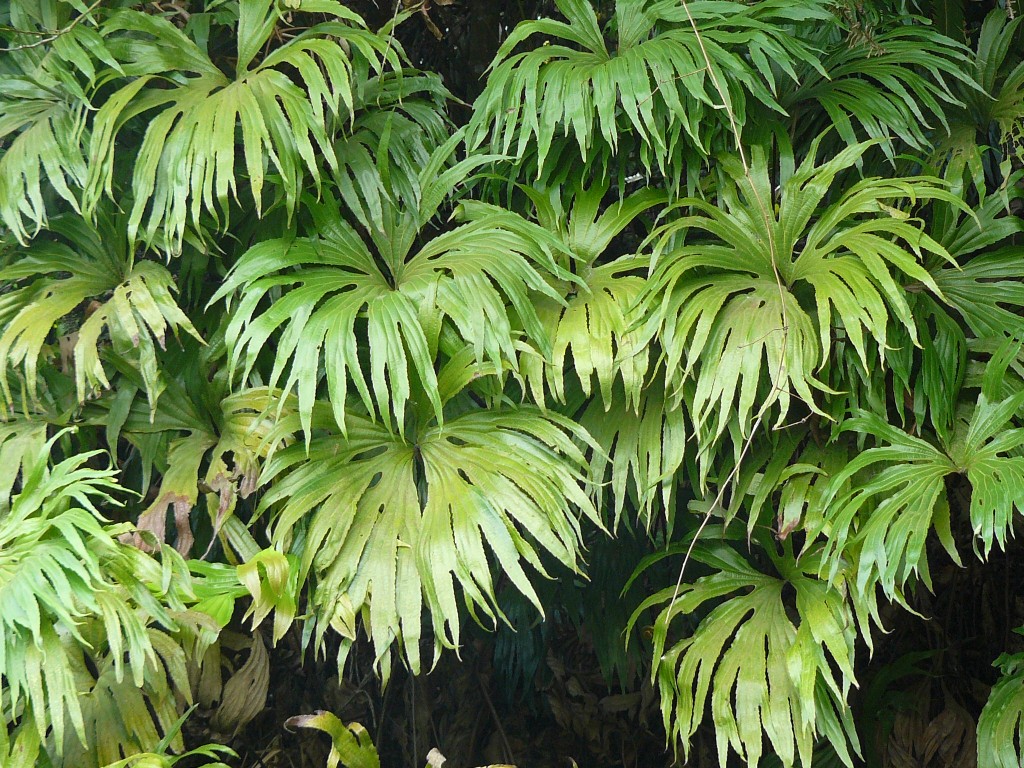 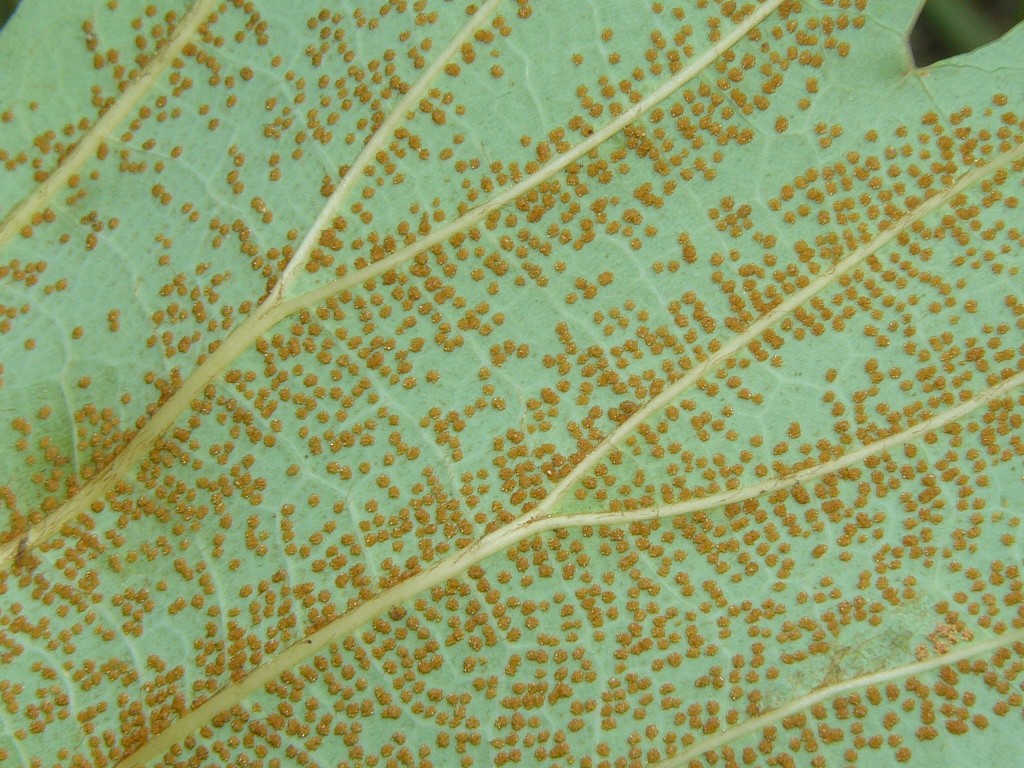 A close-up of the sporangia on the underside of a frond of Dipteris conjugata.

Hi Roosevelt, Thanks for your interest. As this fern is found in a restricted zone, it is very difficult to get permission for you to obtain its spores. However, we have similar projects that you may be interested in. I have not been able to contact you via email. I was hoping to link you up with the NParks staff working on plant research. Thus please contact me via nparks_communications@nparks.gov.sg.

I had read up many of your article written by the national parks board and I am interested in conserving this sun ferns via by propagation of these ferns from viable means such as spore, rhizomes or its offset !. However, where do I get the spore of these above mentioned ferns in Singapore as most of the nursery do not has these ferns available. Could I get a fern parts such as rhizomes, spores or offset from the ex situ site. Please do understand I am just a student from ITE COLLEGE CENTRAL who wants to do this parts of conservation efforts of furthermore propagating more of it growth by various way in my community garden do contact me for further information about this ferns and what I can do to accuqired parts of this ferns to propagate them in my community garden. Roosevelt