You’ve read about them in the news. You’ve seen them around parks and nature reserves, and even in your neighbourhood. But how much do you really know about our local monkeys?

Where Are They Found?

The long-tailed macaque is the only commonly seen species of monkey in Singapore. Its population numbers some 1,500 individuals. Most dwell in and on the fringes of our rainforest nature reserves – the Bukit Timah and the Central Catchment Nature Reserves. They also occupy parks such as Bukit Batok Nature Park, Yishun Park and Admiralty Park, as well as Sisters Islands and Pulau Ubin.

Research findings have shown that the long-tailed macaque in Singapore is a unique population. It has a smaller size, different facial features and a larger tail-body ratio than others found in the neighbouring regions: southern Indochina, Burma, western Indonesia (Sumatra, Java and Borneo), the Philippines and the Nicobar Islands.

How Do They Behave?

The long-tailed macaque has a fascinating ecology. Its behaviour is interesting and almost human-like, which is sometimes a reflection of our own sociality. In Singapore, it plays a crucial ecological role in dispersing seeds in our remaining nature reserves, filling the shoes of many native birds and large mammals that have since gone extinct.

Being highly intelligent, wild long-tailed macaques can use different stone tools to aid in foraging. They can even use human hair as dental floss, as has been reported in Thailand, and have been observed catching fish with their bare hands in North Sumatra!

These novel behaviours only came to light in the last few years, which shows how much we do not know about this commonly seen macaque.

Can They Co-exist With Us?

Long-tailed macaques sometimes live in close proximity to human populations, due to their highly adaptable nature. However, some people perceive them as nuisance animals and dustbin raiders, and would like them trapped and removed from their midst. Recent news reports further fueled this conflict, when a monkey in Malaysia was reported to have snatched an infant from her home and killed her.

A more constructive approach toward macaques would be to remember that they are wild animals – not pests, like rats or cockroaches. With this in mind, we should act appropriately to avert conflicts.

Since 2003, NParks has been carrying out research, in collaboration with scientists, on various ecological aspects of this monkey. This helps us to better manage Singapore’s macaque population. A countrywide population census was completed, which gives us a good gauge of the macaque population and distribution in Singapore.

Meanwhile, social research has shown that the human-macaque conflict in Singapore is not as severe as in other parts of the world where monkeys also live close to humans.

As a prominent species of Singapore’s native biodiversity, monkeys are an important part of Singapore’s natural heritage, and should be recognised as such. You, too, can do your part to conserve these monkeys.

It is a privilege to observe them in the wild, so remember to keep a respectful distance when doing so. Don’t feed or provoke them, and don’t encourage them to approach you by displaying food items and plastic bags. If you observe them closely, you may be rewarded with a display of innovative behaviours!

If you want to experience how the macaques interact and live in the wild, join us for an insightful guided walk at Bukit Timah Nature Reserve with a primatologist (i.e. one who studies primates). For more information about the guided walk, which is organised by the Jane Goodall Institute (Singapore) in collaboration with NParks, please contact sg.monkey.walk@gmail.com.

Standing tall in the face of conflicts – yes, we can live in harmony with monkeys in our island city-state! 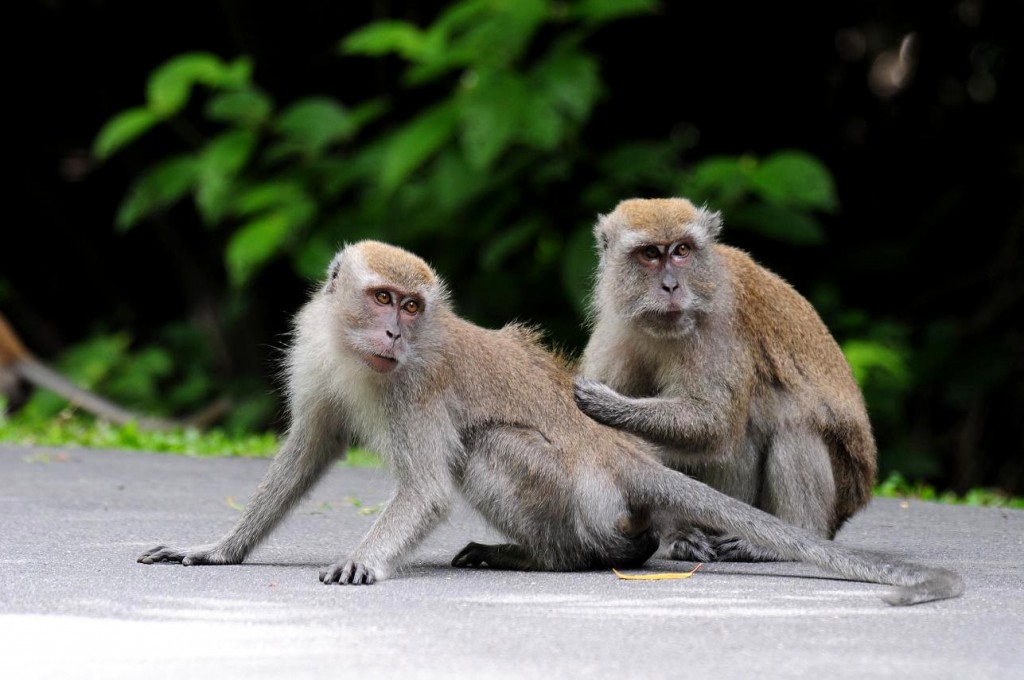 The long-tailed macaque – an ecologically important animal with a society that is similar to ours in many ways. 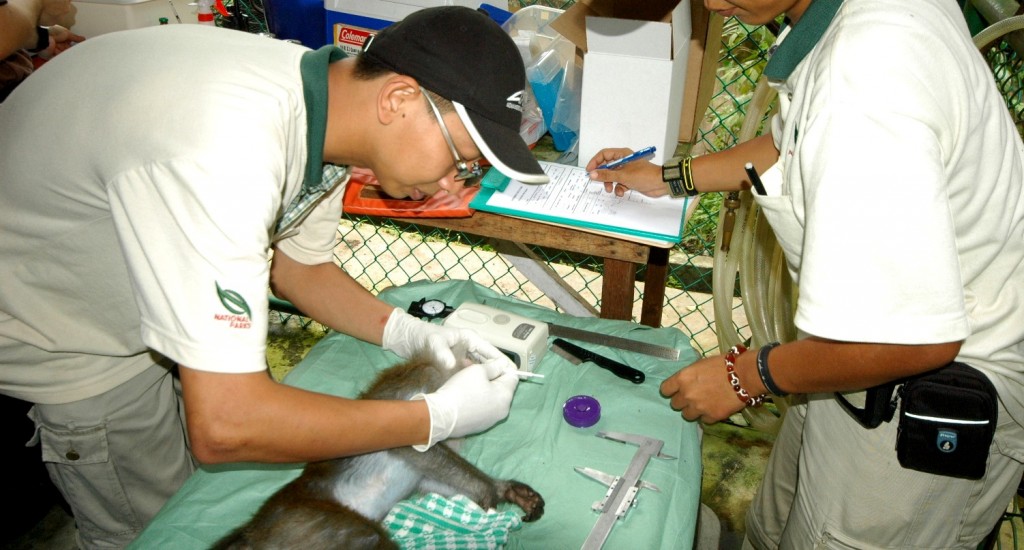 NParks has carried out research collaborations with local and international researchers since 2003, which help to manage our macaque population. 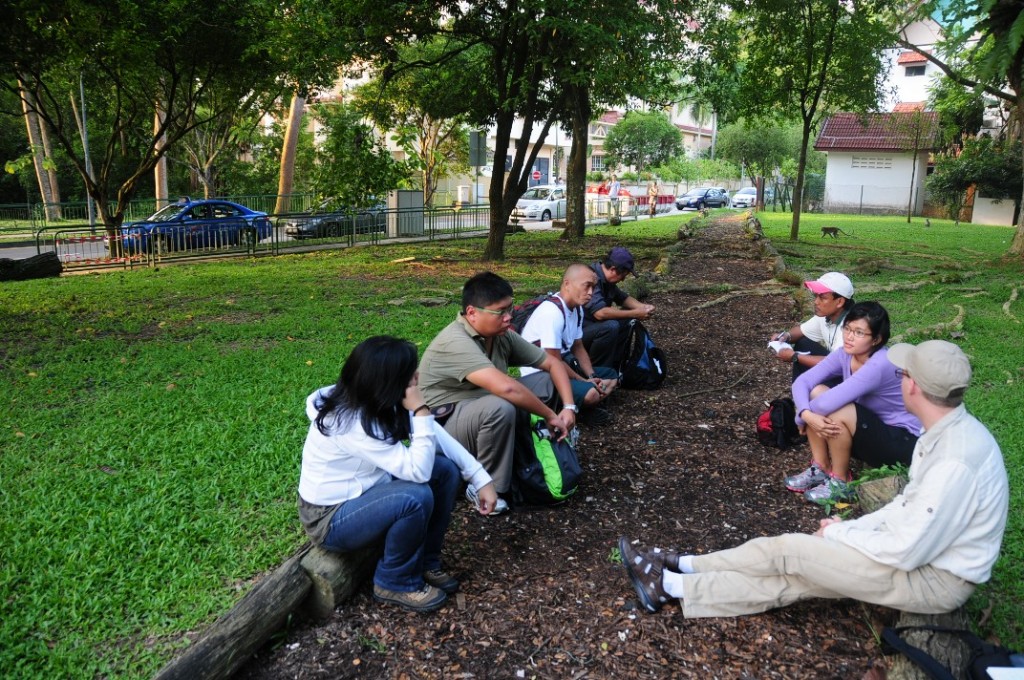 You can spend some field time with a primatologist and macaques, and understand how to live and behave in the presence of macaques to reduce conflicts This troop of monkeys at Admiralty Park is possibly the last troop on mainland Singapore that inhabits a back mangrove.