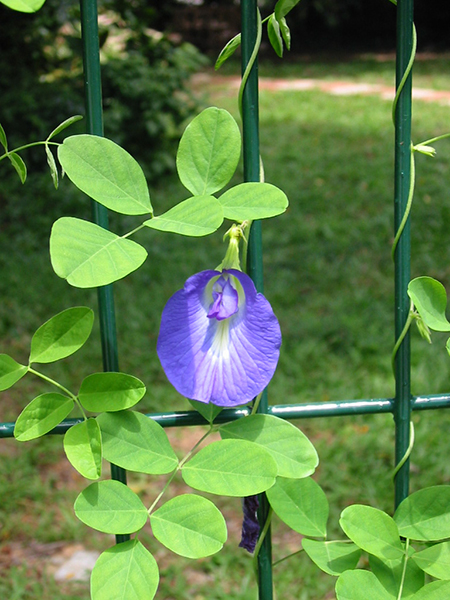 A blue, edible dye is extracted from the flowers of the Blue Pea (Clitoria ternatea). This is used as a natural blue colouring in foods such as Pulut Tai Tai, a traditional Malay pastry. Funnily enough, it does not contain the expected green pea pods with green peas despite its common name but belongs to the same family as those peas, called Fabaceae.

Also known as the Butterfly Pea, it grows as solitary or a pair of funnel-shaped flowers which bloom in colours ranging from white to pink, to light or dark blue. Its flowers are not the only parts of use to us. Traditionally, the roots are used to treat abdominal swelling, sore throats and mucus disorders. Juice from the roots is mixed with cold milk as a remedy to remove phlegm and chronic bronchitis.