In The Company Of Giants

Singapore is not just rich in wildlife. Some native plants and animals are the biggest or oldest of their kind here and elsewhere. Here’s a showcase of some of them.

That is the height of what is believed to be the tallest tree in Singapore. The 60 m tall rainforest tree, known as Seraya, is native to Singapore and at least 150 years old. 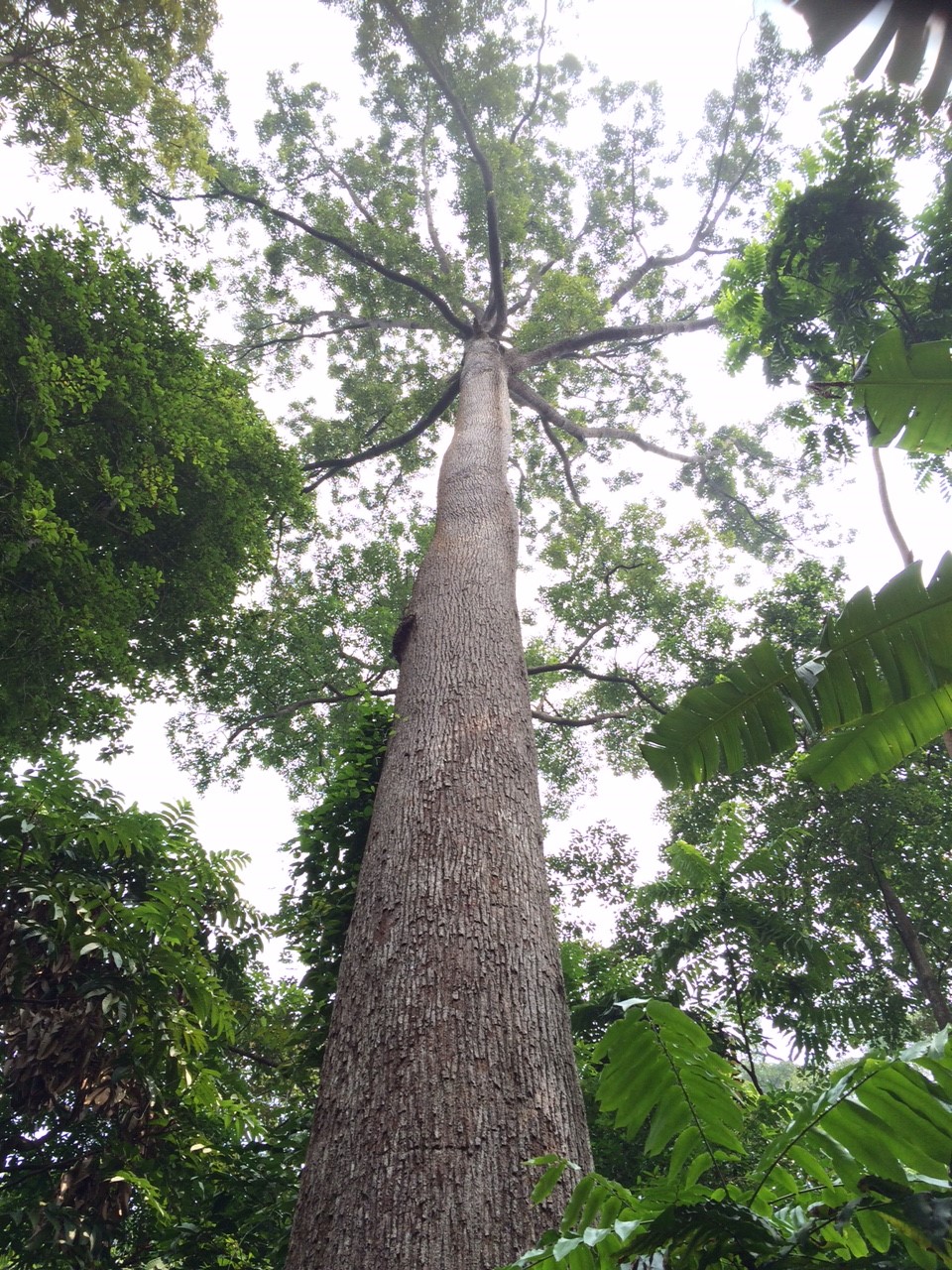 Where to find it: Bukit Timah Nature Reserve

Trivia: Shorea curtisii is the most common dipterocarp (a family of timber producing trees) in the Bukit Timah forest. The Malay name for Shorea is Temak and it is said that the word, Timah, in Bukit Timah, was a mispronunciation of the word, Temak, by the Europeans.

The iconic Tembusu featured on the back of the Singapore $5 note is said to be more than 200 years old. You can find the real McCoy in the Singapore Botanic Gardens. With a height of 32 m and a girth of 6 m, this tree is easily recognisable by a long side branch which grows close to the ground. Where to find it: Lawn E overlooking Swan Lake at the Singapore Botanic Gardens

Trivia: Over the years, steps have been taken to prop up the tree’s outstretched limb. It is now supported by an innovative dynamic system specially designed so that it will not confine the movement and growth of the tree. In 2013, a fence was built around the tree to allow its roots to recover from the effects of soil compaction caused by years of heavy human traffic.

The Trilobite Larva dates from as long as 47 million years ago. It superficially resembles and is thus named after the trilobite, an extinct prehistoric sea creature. The bizarre-looking female can grow up to 6 cm while the male looks like a typical beetle, measuring less than 1 cm.

They need healthy forests to survive and are endangered in Singapore. The female feeds on the juices of rotting logs and is most often seen after rain. It probably secretes an unpleasant chemical as birds seem to avoid it. Trivia: The female has been described as an “overgrown, sexually mature baby” as it remains in a larval shell-like form throughout its life, a feature which is of great interest to scientists.

4. Winged Creature Of The Night

When fully grown, the Atlas Moth is bigger than a human face. It is in fact the largest moth in Southeast Asia, with a wing span of 25 to 30 cm and wing patterns that resemble a map.

If you manage to get close enough, check out its wing tips, which are shaped like the head of a snake, complete with eyes, to scare off predators. 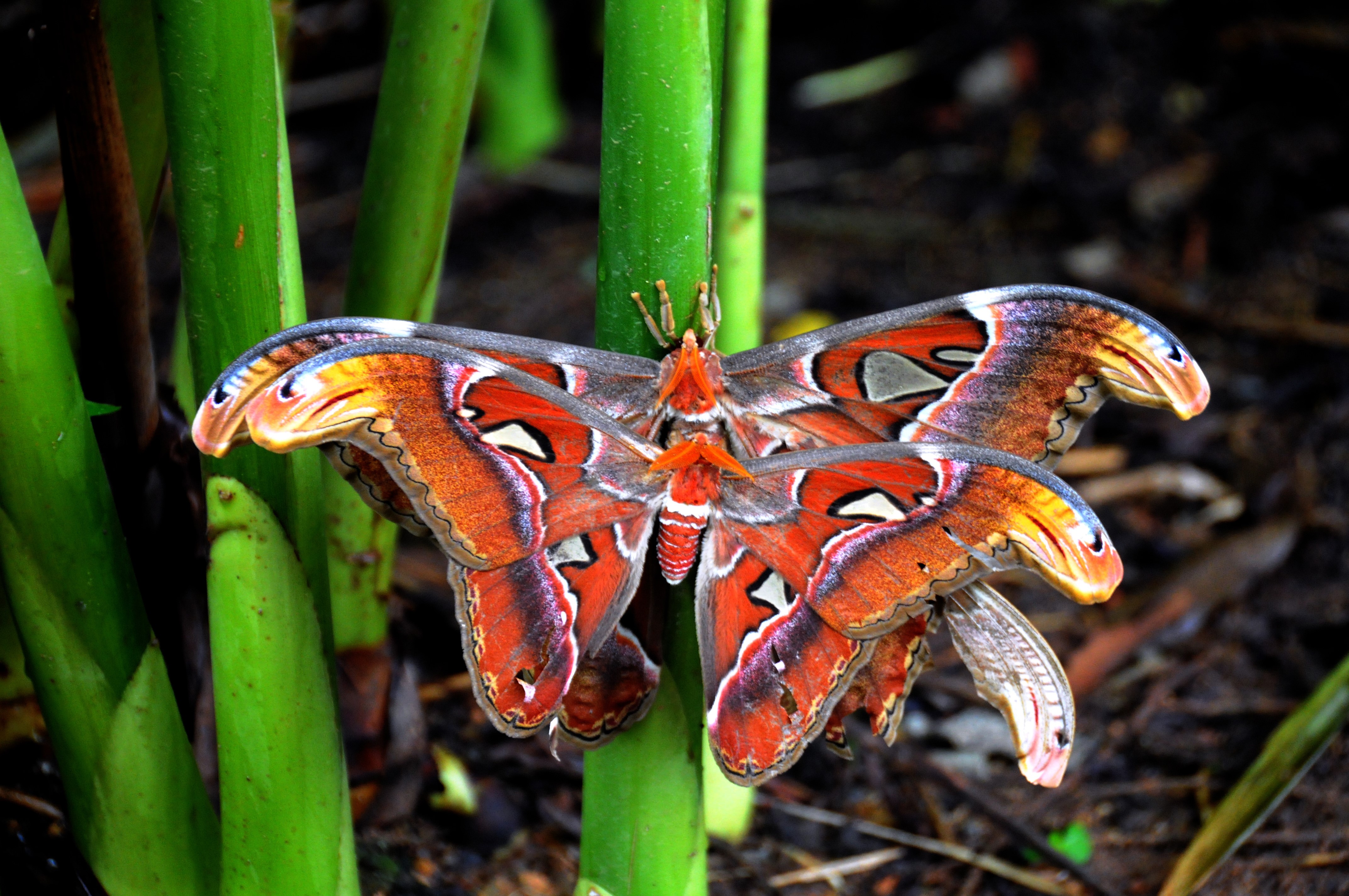 Where to find: In mangroves and other wild places

Trivia: Despite popular impression, moths are no less diverse than butterflies. Studies show that for every species of butterfly, there are nine species of moths!

The White-bellied Sea Eagle is reputed to be Singapore’s largest bird of prey, with a wing span of about 2 m. It lives on a diet of fish, sea snakes and crustaceans, such as crabs, and has been observed to drop crabs from a height to break their shells before consuming them. 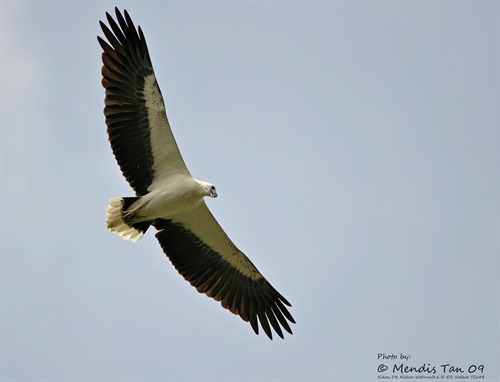 Where to find: It is usually seen soaring above reservoirs and forested areas, or near sea coasts hunting for food.

Trivia: While adult eagles have white and grey feathers, juveniles, also known as eaglets, have light brown feathers and a dull, cream-coloured head. Their colour gradually lightens as they mature.

One of the largest ants in the world, the Giant Forest Ant can grow up to 3 cm long. It is native to Southeast Asian forests and comes out at night to forage in the canopy. It loves honeydew and is known to farm cicadas so that it can harvest the honeydew secreted by them. 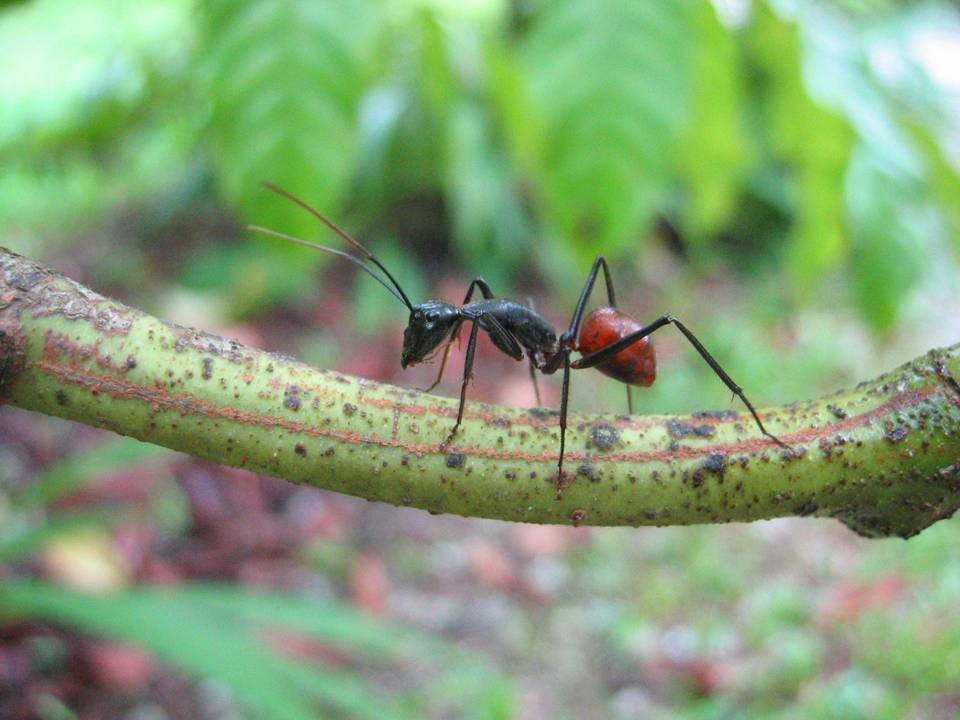 Where to find: Bukit Timah and Central Catchment Nature Reserves

Trivia: The ants are known for engaging in long “bloody” fights to protect their colony and death and bad injury are not common.

For more information on the various kinds of plant and animal life that can be found in our gardens and parks, check out our website here.