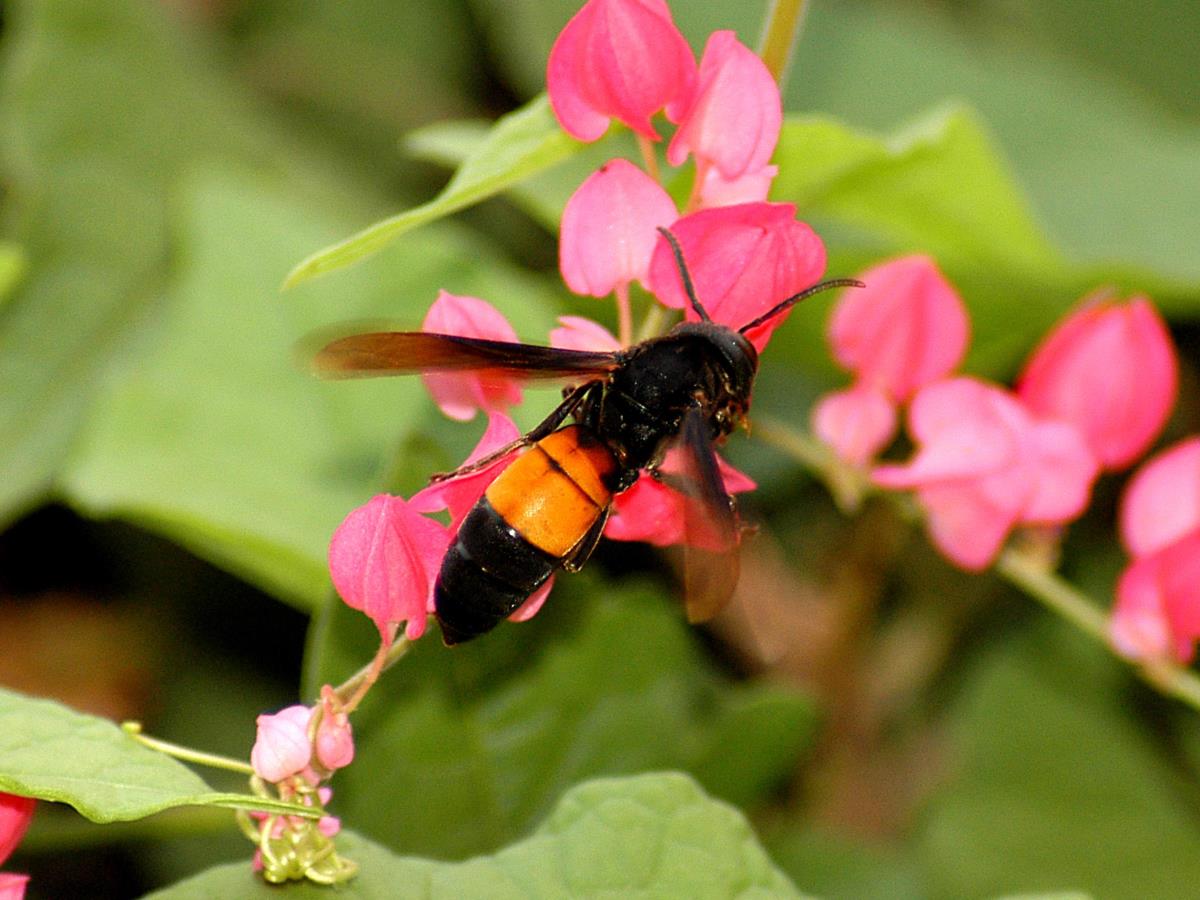 The term wasps usually refer to social wasps from the family Vespidae, but may also refer to other families that share a similar appearance. Wasps have a slender body form and a distinctive petiole (stalk) in the middle of their body. Unlike bees, they are unable to produce wax and instead use mud or chewed up wood pulp to strengthen their nests. They can also sting multiple times, unlike honey bees.

While they are carnivorous, they supplement their diet with sugar from ripe fruits, insect honeydew and tree sap. They have stings used to kill prey such as caterpillars and other smaller insects. When defending their nests, they can be particularly aggressive.

Hornets are from the genus Vespa and are the largest of the eusocial wasps. They mainly prey on insects like houseflies, caterpillars, grasshoppers and other smaller bees and wasps. Sometimes, a large group of hornets may raid a honey bee hive not just for its honey, but also for the bee larvae and pupae found inside.

In Singapore, Potter Wasps in general can be identified by their particularly long petioles (waists) and their black and reddish brown colouration in adults. Both males and females are fully winged.

The Pear-tailed Potter Wasp is a commonly seen wasp species in Singapore that is well-adapted to both urban and natural habitats.

Nests: Its nest consists of pot-shaped cells that are covered with a layer of mud, hence its name. It builds its nest on tree trunks, branches and on man-made structures. The female lays an egg in each cell and stores it with a paralysed prey before sealing it with mud. Once hatched, the wasp larva eats the stored prey.

Behaviour: Despite its large size, it is relatively harmless if left alone and is more likely to flee than attack.

It is a medium-sized wasp that is mostly black with reddish brown on parts of its thorax and the front of its head. Its most striking feature is its abdomen that starts with a small dark brown band, followed by a larger deep yellow band. Its wings are tinged brown at the base. It may be confused with the Lesser Banded Hornet (Vespa affinis), but is noticeably more slender.

Nests: Paper wasps build their nests by gathering fibres from dead wood and plant stems. After mixing them with their saliva, the paper-like material is applied in layers onto surfaces to create a tough, water-resistant paper when dried. The nests are attached to surfaces with a distinct stalk. The combs of the nest are open and are protected by a chemical secreted by the wasp that repels predators such as ants.

Behaviour: Paper wasps are generally non-aggressive and will only attack if threatened. Paper wasps like P. sagittarius prey almost exclusively on caterpillars, including many pest species. This makes their presence very beneficial to plant nurseries!

It is a small to medium-sized hornet that is fully black with the first two abdominal segments forming a brilliant orange band. It can be told apart from the Banded Paper Wasp by its stouter body.

Nests: Hornets generally have larger colonies than other wasps and make larger nests made of chewed rotten wood mixed with saliva. They are built on small trees, bushes and even uncovered sites on buildings.

Behaviour: The Lesser Banded Hornet colonies are founded by multiple queens. While they respond aggressively to disturbances of their nest, they will otherwise not attack unprovoked.

It is a medium to large-sized hornet. The colour of this species varies based on locality, but in Singapore it is usually black with a distinct bright orange band on its abdomen. It can be told apart from the Lesser Banded Hornet (Vespa affinis) by its generally larger size. Its orange band lies only on the second segment of the abdomen while the band on the Lesser Banded Hornet also partially covers the first segment.

Nests: Their globular nests may be constructed in various locations, including underground, in enclosed spaces such as tree hollows, or high on trees. The surface of the nest is often covered with intricate, ripple-like patterns.

Behaviour:  Greater Banded Hornets tend to fly high in trees under the cover of dense foliage. They are known for their raids on Paper Wasp (Ropalidia spp.) nests, where they will kill the adults and take the larvae back to feed their own larvae. They may defend their nest aggressively when provoked so it is important not to disturb their nests.

It is a medium to large-sized hornet. The populations in Singapore and in the Southeast Asian region are mainly black with yellow only on the tip of its abdomen.

Nests: It normally builds its nests on trees and thick foliage.

Behaviour: It is one of the less aggressive hornet species found in Singapore and will only attack humans when greatly provoked. 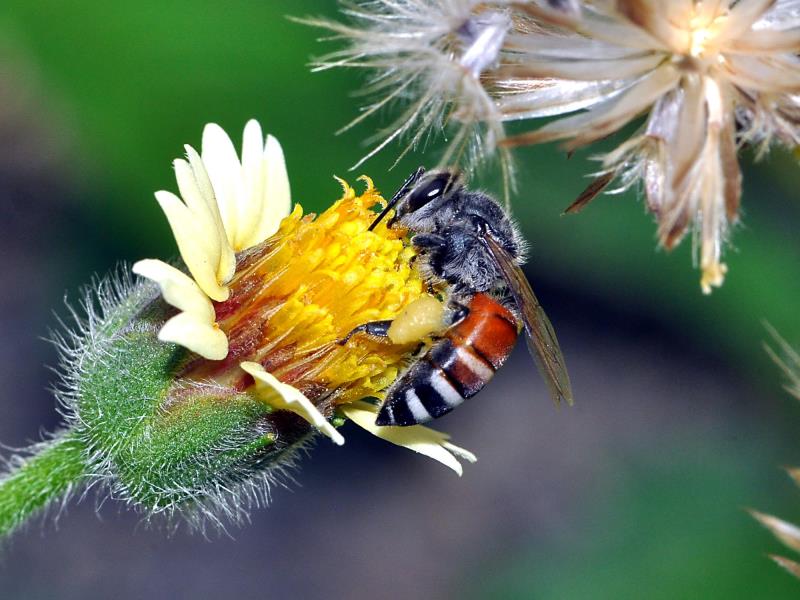 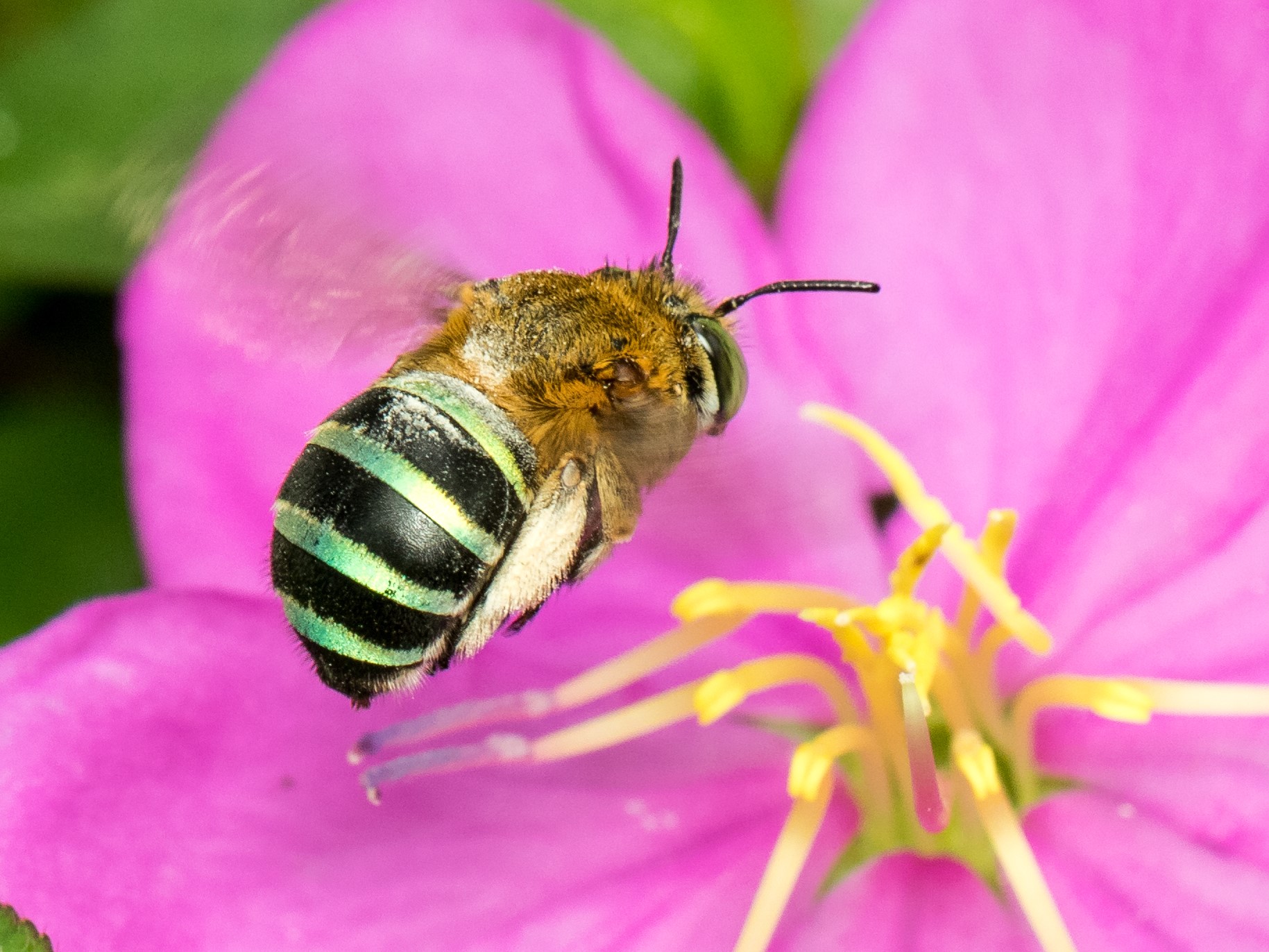 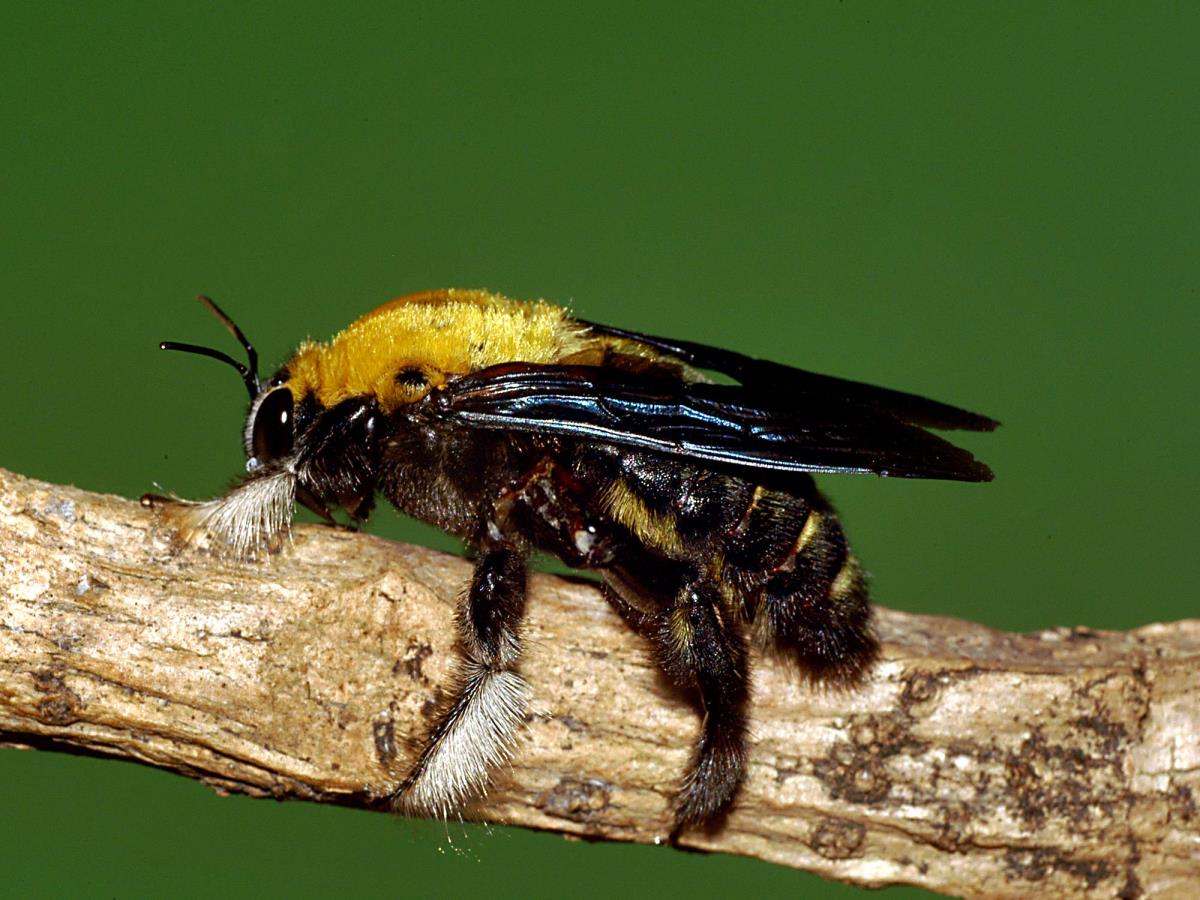