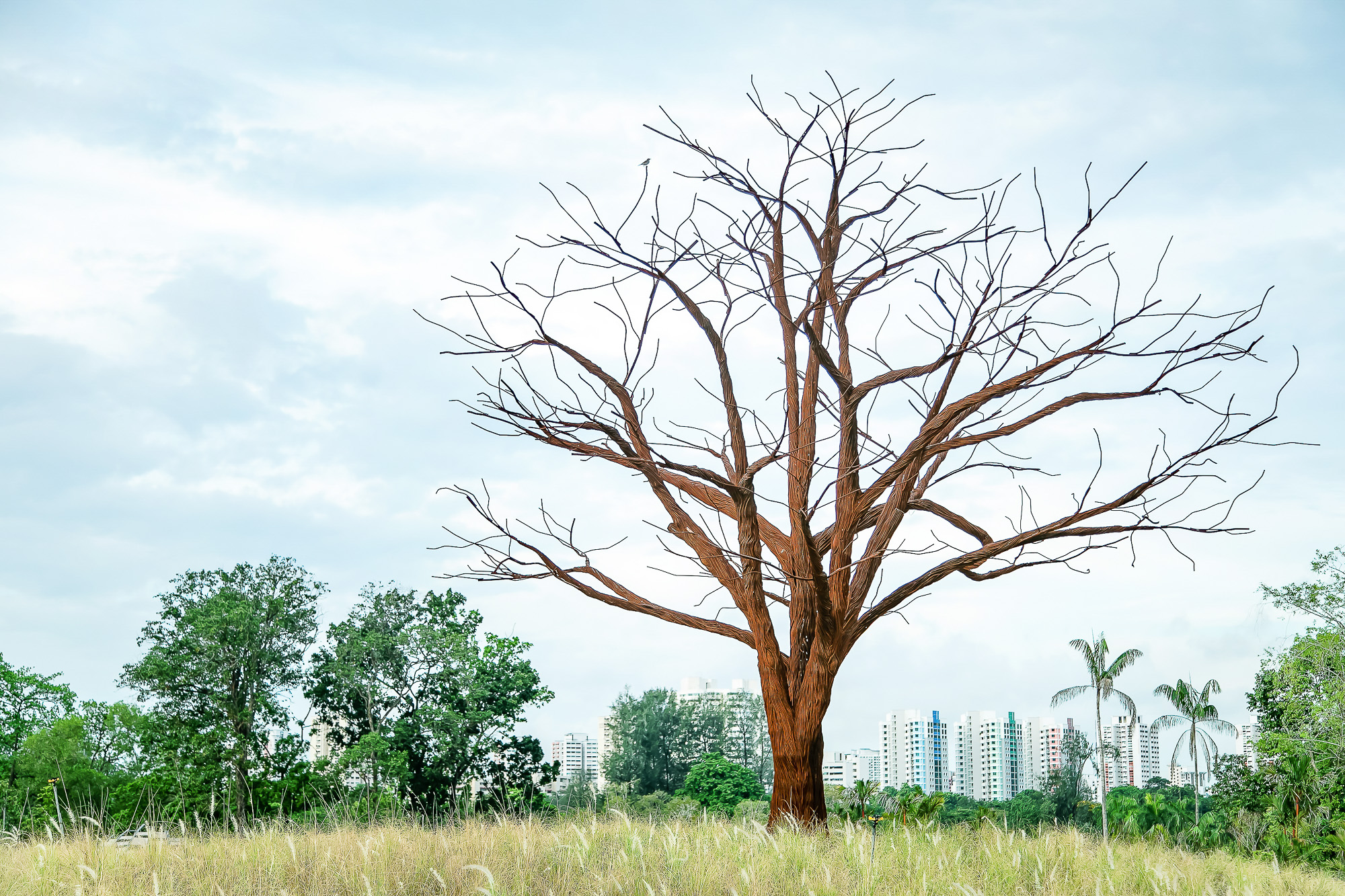 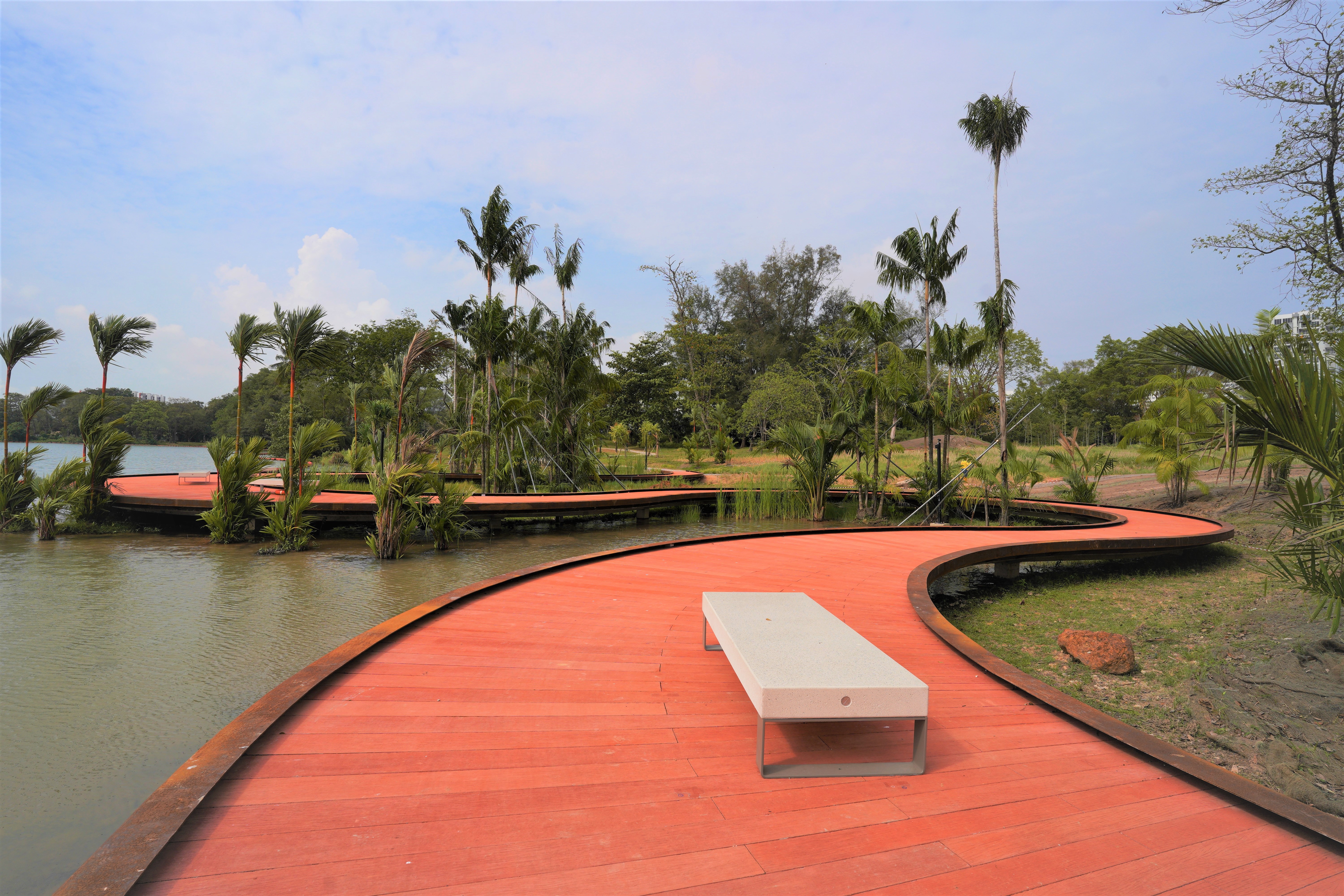 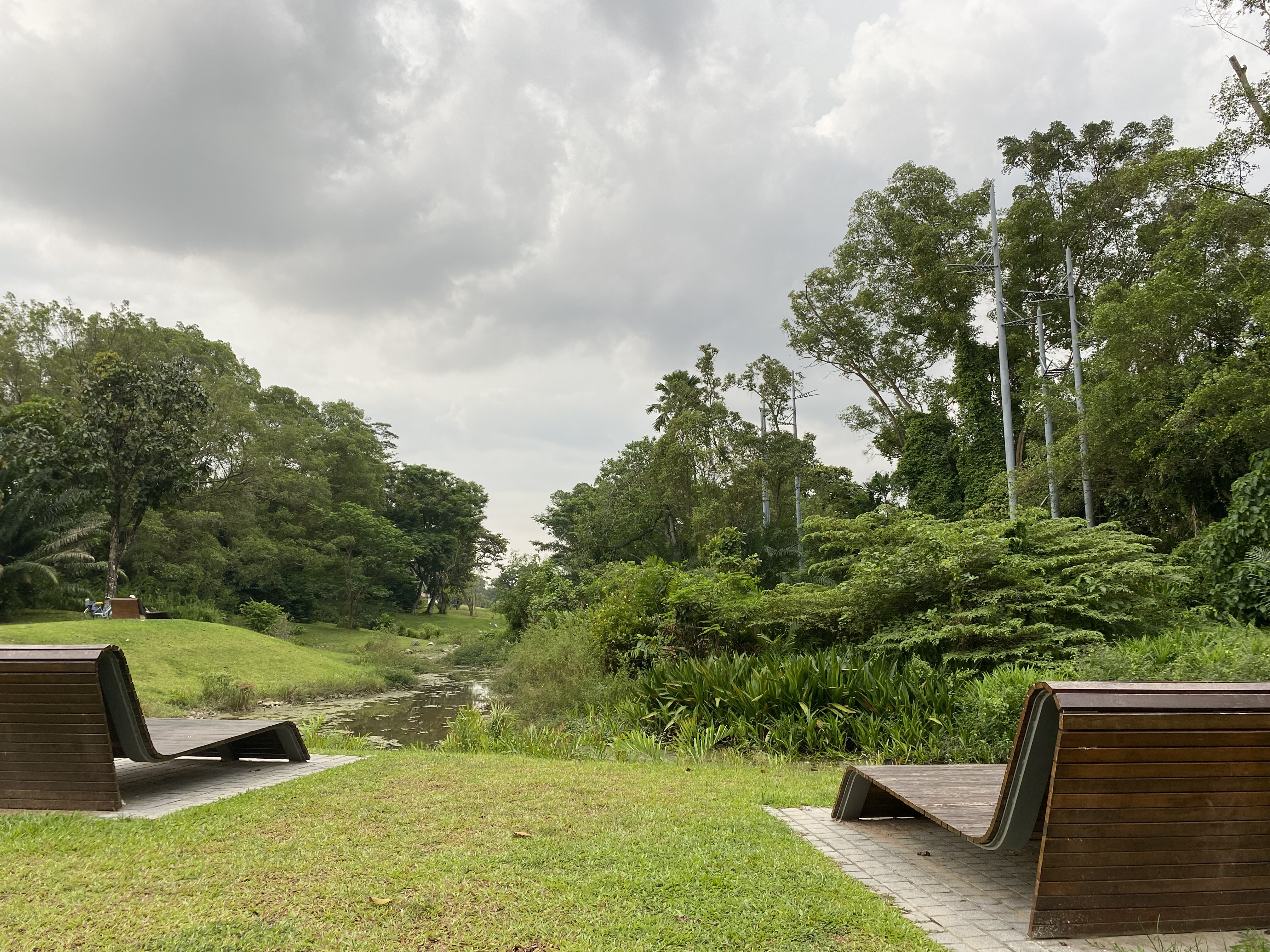 Jurong Lake Gardens, built around the beautiful Jurong Lake, allows visitors to experience the natural landscapes and be close to nature. While the northern portion of Lakeside Garden is designed for high energy play and vibrancy, the southern portion of Lakeside Garden has been retained to preserve the tranquility of nature. Here, native wetland plant species such as the Nibong Palm (Oncospermum tigillarium) and Lipstick Palm (Cyrtostachys renda) have been replanted to restore the natural swamp forest habitat that was once thriving in the area.

As visitors enter from the south entrance of Lakeside Garden, one can explore the expansive Grasslands habitat, with bird hides scattered around to allow for wildlife observation without alarming them.  The Grasslands is dominated by tall grasses, such as Purple Fountain Grass (Pennisetum setaceum) which is the natural habitat for small bird species like the Zitting Cisticola (Cisticola juncidis) and Savannah Nightjar (Caprimulgus affinis).

Head towards the meandering Rasau Walk to take a stroll along the water’s edge. Learn more about riparian vegetation and animals while taking in the spectacular views of the Jurong Lake. One can also spot the Smooth-coated Otter (Lutrogale perspicillata).

Visitors can stand on the boardwalk which overlooks Alstonia Island, a man-made island planted predominantly with Alstonia spatulata. Alstonia Island is a restored freshwater swamp habitat designed to reflect the natural history of the land. The island is greatly influenced by the changes in the water level of Jurong Lake and visitors can observe the changes in biodiversity with the tides.

In the southern portion of Lakeside Garden, the Neram Streams features a series of de-concretised and naturalised tributaries that mimic the natural streams in the environment to channel stormwater runoff from the gardens into Jurong Lake. The banks of the streams are planted up with semi-aquatic plants like the Grey Sedge (Lepironia articulata) that provide a suitable habitat for dragonflies and damselflies such as the Common scarlet (Crocothemis servilia).

Adjacent to the streams is the Heron Island which has natural platforms that encourage our resident herons to roost and nest away from human disturbance.

Head further south towards the Southern Promenade and marvel at the mature Malayan Banyan (Ficus microcarpa) and how its aerial roots grow into pillar roots alongside its main trunk. The Rain Tree (Samanea saman) and its broad, umbrella-shaped crown is found here too. These trees are home for a variety of native birds. The Spotted Wood Owl (Strix seloputo), the largest owl in Singapore, has been known to roost here.

Visit this page for more information on the biodiversity that visitors can encounter in Lakeside Garden. Why not even embark on a biodiversity hunt! 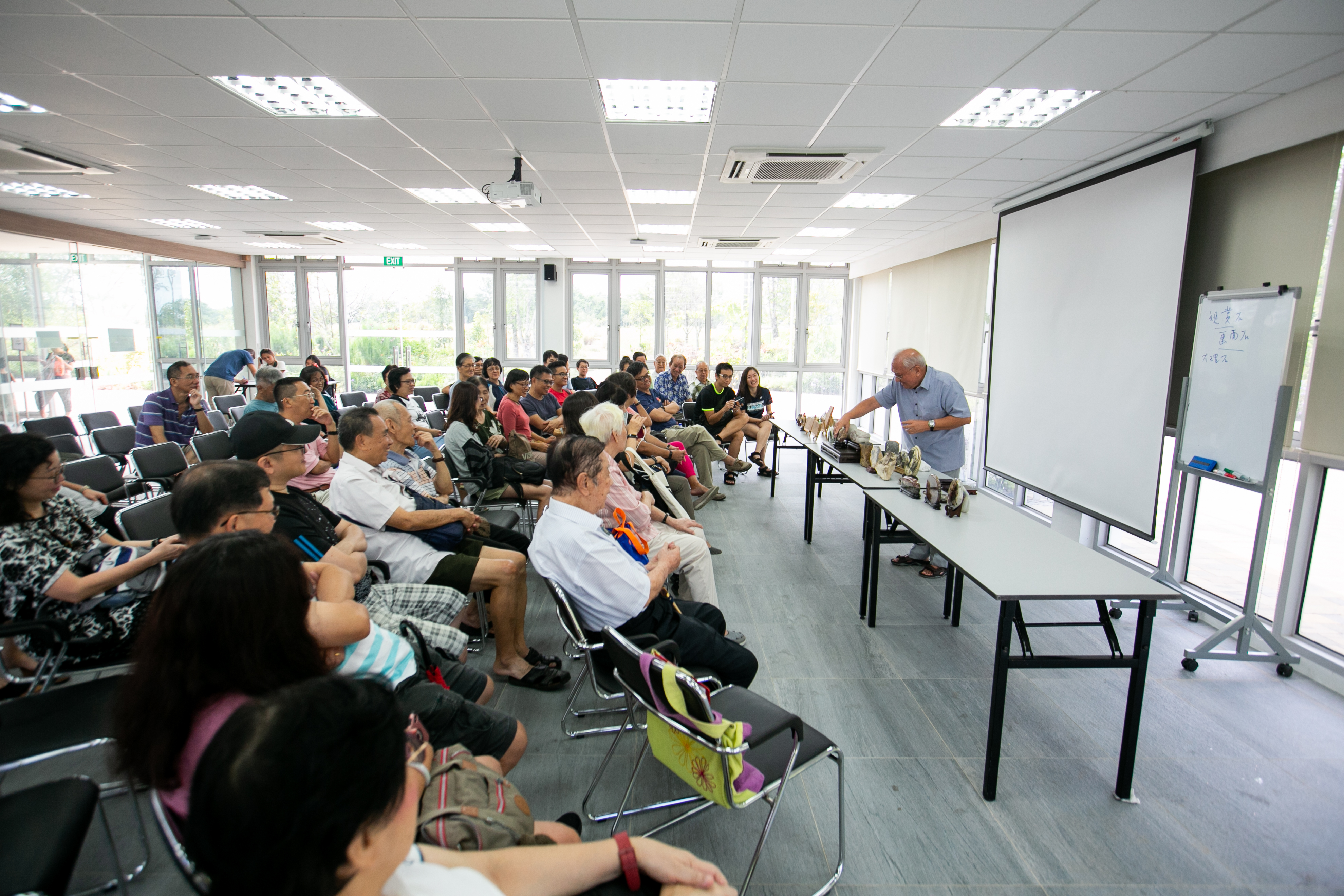 Join our curated workshops and programmes Fun for all ages - from nature playgarden to watersports