* all Singapore citizens, permanent residents and those living in Singapore, including holders of employment passes, work permits or dependant passes

Since 1859, orchids have been closely associated with the Gardens. The products of the Gardens' orchid breeding programme, which began in 1928, deserve a place where they can be displayed in their full splendour. The very design of these orchids is, one could say, 'hand-crafted' by the Gardens' horticultural staff, dedicated to bringing out the finest in any hybrid cross.

With over 1000 species and 2000 hybrids on display, the splendour of these gorgeous blooms is absolutely a sight to behold at the National Orchid Garden. The tropical Montane Orchidetum simulates the experience of ascending through a tropical montane forest and showcases a diversity of orchids and other plants (e.g. bromeliads, gingers, tropical rhododendrons, gesneriads (and magnolias) from the rich low to high-elevation montane forest. Each of the display houses within the Orchidetum has been expanded beyond their original size, increasing by almost threefold the combined display area.

We preserved part of the original 260m2 frame of the original cool house and curated the orchid collection in the Cool House according to five biogeographical regions – Malesia, Continental Southeast Asia and South Asia, Australasia, Afrotropics and the Neotropics.

The Sembcorp Cool House is designed to emulate a high elevation montane forest, which exists at altitudes of 1,000m to 2,000m, and with a surrounding temperature of 16 to 23 degrees Celsius. Researchers will be able to study rare orchids that are naturally found only at higher elevations, such as such as Cymbidiums (also known as Boat Orchids), Dendrochilums (also known as Chain Orchids), Cyrtochilums and Phragmipediums (also known as Slipper Orchids). This will greatly benefit taxonomic and floristic research, as researchers will be able to grow rare species, before identifying and documenting them at a later stage when they flower. 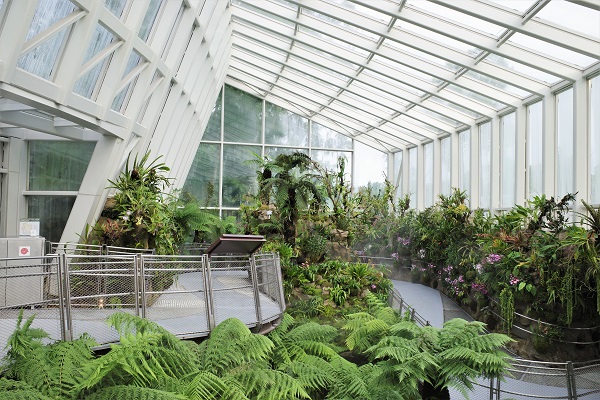 Approximately 1,000 orchid species and hybrids are exhibited in the Cool House, together with new varieties from other plant families beyond orchids, an increase from the previous collection of 350 orchid species. Also growing among the orchids, are collections of carnivorous plants, begonias that have characteristic shimmering leaves that help them to thrive in areas with low light levels. 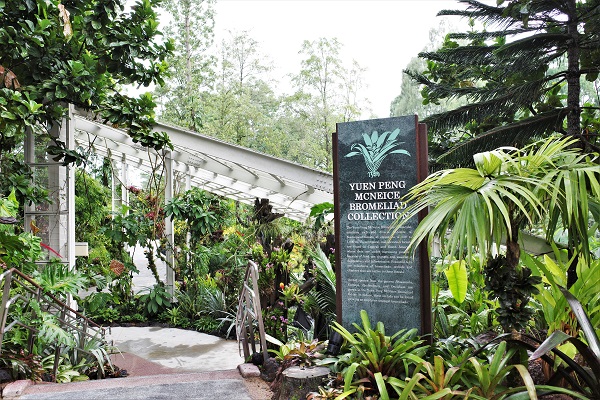 The Yuen Peng McNeice Bromeliad Collection has been enhanced to emulate a mid-elevation Neotropical forest environment at 650m to 1,000m elevation. It showcases a selection of Neotropical plants such as bromeliads, aroids and Calathea species, as well as orchids. The 620m2 display house features key groups of plants from various bromeliad genera such as Ananas, Guzmania, Neoregelia, Tillandsia, Pitcairnia, Aechmea, Vriesia, Cryptanthus, etc, including both species and cultivars. In addition, orchids from the Neotropics are also featured, such as Cattleya,Epidendrum and Oncidium species and hybrids. 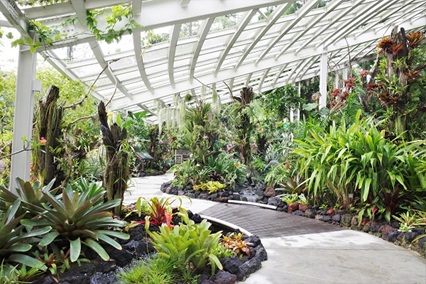 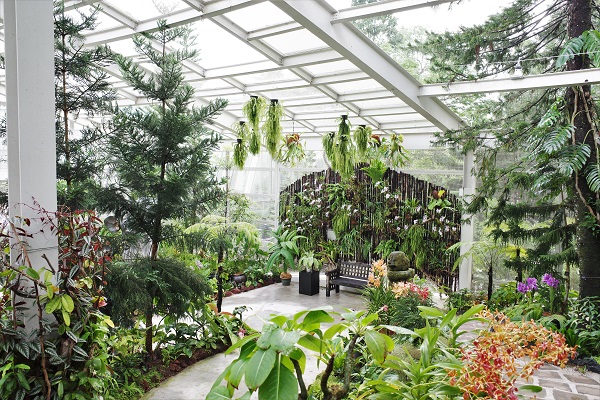 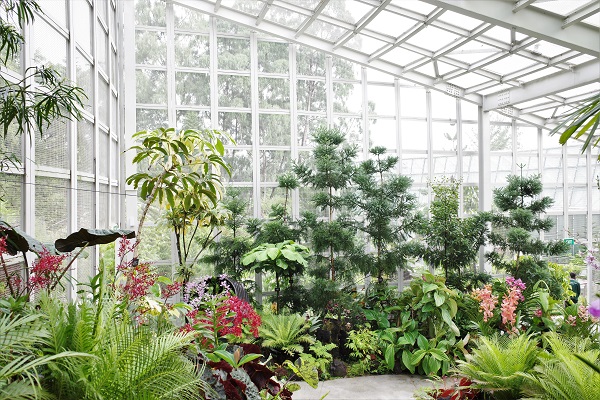 The upgraded Tan Hoon Siang Mist House mimics a paleotropical garden at 650m to 1,000m in altitude. Its display area has increased from 350m2 to 760m2, and features a selection of unique, uncommon or award-winning hybrids and species from the speciality breeding stock of orchids from the National Orchid Garden’s collection. Some examples of orchids that are featured are Phalaenopsis, Vandaceous hybrids and Dendrobiums. There will also be hybrids of the rare Lady’s Slipper orchid (Paphiopedilum). Named after Tan Hoon Siang, a successful businessman and descendant of Tan Tock Seng. An orchid enthusiast, Tan Hoon Siang was also a philanthropist. One of the orchids he bred was the Papilionanda Tan Chay Yan (previously known as Vanda Tan Chay Yan), which was awarded a First Class Certificate at the Chelsea Flower Show in 1954. 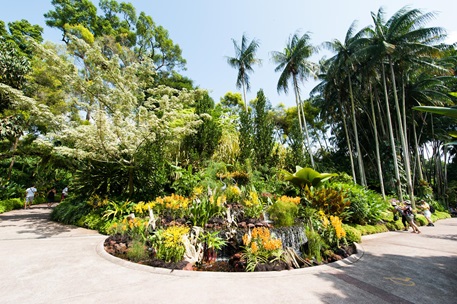 Check out our virtual tour of the Tropical Montane Orchidetum here!

Check out our video on 'Understanding Orchids for Beginners' as well as '6 Expert Tips to Grow Orchids' here!