1822: Raffles and his Vision of a “Botanical and Experimental Garden”

Sir Stamford Raffles, the founder of Singapore and a keen naturalist, established the first botanical and experimental garden on Government Hill (Fort Canning Hill) in 1822, shortly after his arrival in Singapore. He aimed to introduce cultivation of economic crops, and the Gardens successfully served as a place for agricultural experimentation for spices such as nutmeg and clove. However, after Raffles' death, the Gardens fell out of favour with the colonial authorities. Without a full-time salaried director and sufficient funding, the Gardens languished and was effectively closed in 1829.

The Agri-Horticultural Society revived a small 2.8-hectare portion in 1836 with the primary objective of making commercial profits from the growing agricultural interests and “nutmeg mania” of the day. However, interest in the Gardens subsequently dwindled along with the value of nutmeg, resulting in the land being returned to the government in 1846. 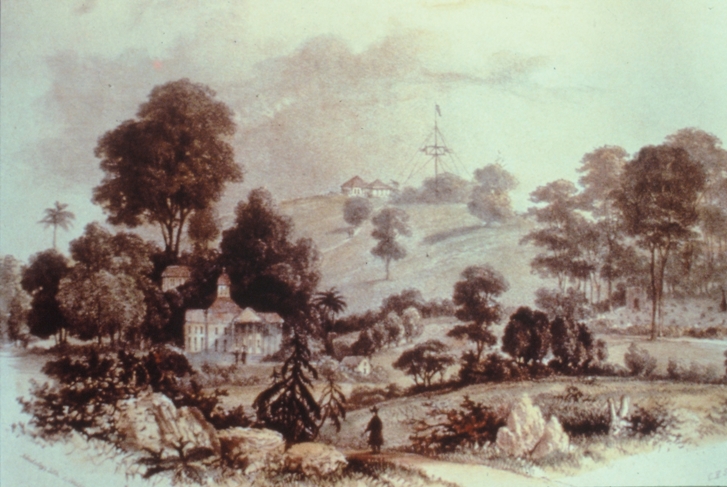