In March 2014, the government launched the plan to sensitively enhance and conserve Pulau Ubin, which gave rise to The Ubin Project. Some of the ideas under The Ubin Project were contributed by the public and reviewed through FUN members. Among these ideas, initiatives such as species recovery projects and habitat enhancement were put forth and implemented.

Pulau Ubin is home to several bat species, including the Critically Endangered Ashy Roundleaf Bat (Hipposideros cineraceus) and the Lesser False Vampire (Megaderma spasma), which are currently not found in mainland Singapore.

Bat houses have been constructed to supplement their available roosting sites. These bat houses were designed as tower-like structures with rough interior surfaces that bats can grip on.

Safeguarding nesting as well as roosting sites are important to increase the long term survival for these birds in Singapore. A site adjacent to Ketam Quarry has been converted into a bird nesting area with conditions suitable for all three species.

The male Baya Weaver builds distinctive hanging nests with a central bulbous chamber on drooping tree branches. This makes it difficult for predators to raid the nest for eggs or chicks. The provision of suitable trees for such nests is therefore essential.

The Blue-throated Bee-eater builds its nest on the ground or on a slope face. The bird burrows into a tunnel and creates a chamber at the end where it breeds. Mounds of sand have been built with artificial nest boxes inserted into them, creating more nesting sites for Bee-eaters. Built by ITE College East students, these nest boxes simulate the size and tilt of the natural bee-eater's nest. 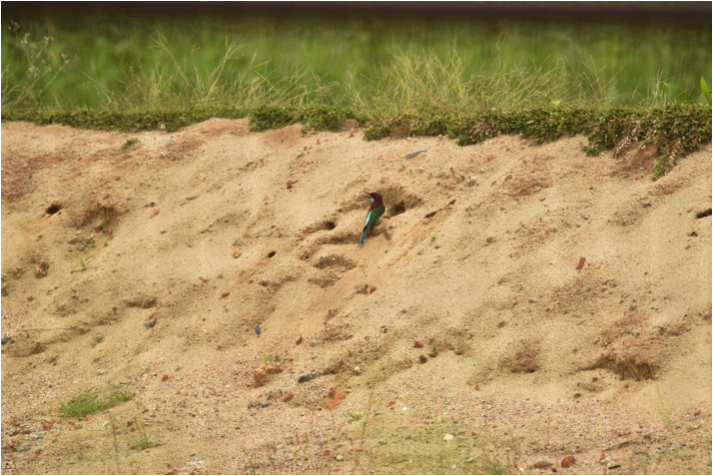 In November 2016, artificial holts or dens have been installed in areas where the Asian Small-clawed Otter is known to occur so as to aid the recovery of its numbers. These holts are designed to resemble natural holts and placed above the high tide mark. The holt also has more than one means of entry and exit, allowing the otter to escape if it feels threatened.

In early 2018, an Asian Small-clawed Otter family was spotted using the holts! Click here to watch the video on NParks Facebook.

Pulau Ubin is one of the many sites chosen for the reintroduction of Critically Endangered native orchids. Epiphytic species that have been planted include Phalaenopsis cornu-cervi and Bulbophyllum medusae. The establishment and growth of the orchids are closely monitored regularly.

The Eye of the Crocodile (Bruguiera hainesii) is one of the rarest mangrove trees, with only about 200 left worldwide. A total of 13 trees are found and over 20 saplings have been planted on the island.

In the past, Pulau Ubin was used for agriculture and granite quarrying, which affected the quality of existing habitats and led to the creation of new environments (namely granite quarries) that were less conducive for native wildlife. Habitat enhancement is employed to modify sites to increase the quality of the site or to produce conditions that did not use to exist so that biodiversity can thrive. Habitat enhancement projects include shoreline restoration, reforestation and freshwater habitat enrichment.

Click here to find out more about the quarries of Pulau Ubin. 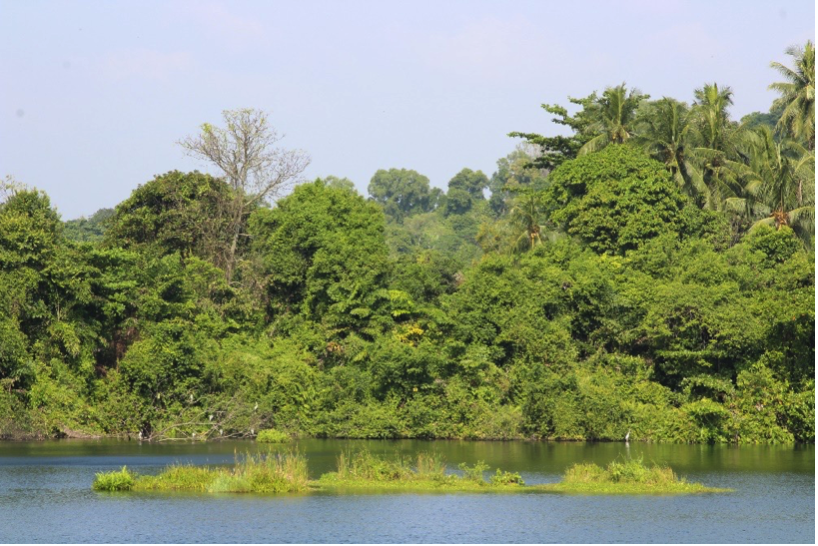 Four former fish farming ponds at the Sensory Trail were combined into a single waterbody, where floating wetlands were installed, attracting various birds and animals such as waterhens, crakes, herons, kingfishers, dragonfilies, and damselflies.

Click here to find out more about the Sensory Trail Pond.